The company was incorporated, on 1 September 1921, as United Counties Omnibus & Road Transport Co Ltd, to acquire the assets of the Wellingborough Motor Omnibus Co Ltd, which began in 1913. 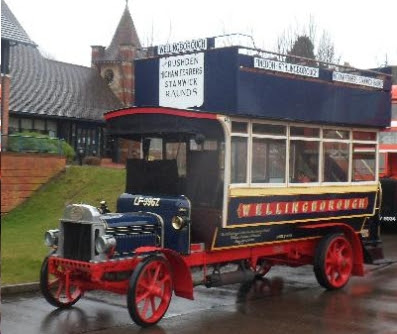 The majority shareholder of the new undertaking was Tillings. At this time, the previous livery of blue and white with red wheels was replaced by the standard Tilling livery (green with a cream band) and retained until replaced by National Bus Company green from 1972. 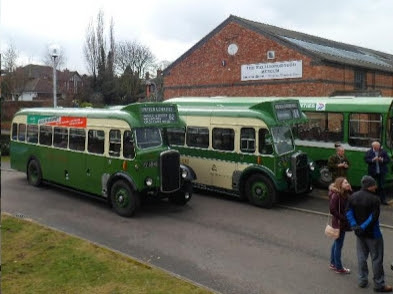 In September 1933, the company's name was changed to its present title, United Counties Omnibus Company Ltd.

By way of celebration, Stagecoach, the present company owners, have painted one of their posh double decks in a sort-of-but-not-quite traditional livery ... 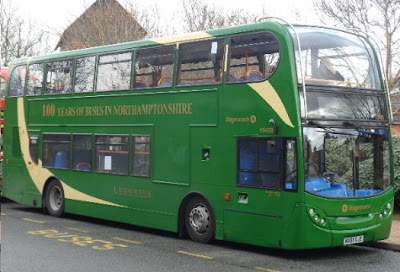 ... disappointing compared with the accurate Darren Sentance magnificence commissioned by First for the Sheffield centenary back in Febuary. Uncle Brian's lads had also painted their Bristol FLF, formerly in standard company colours ... 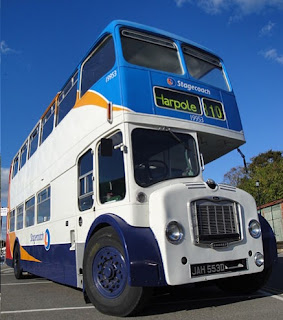 ... into a version of Eastern National red [but see embarrassing correction in comments below!] which looks, in photographs, rather too red to be accurate. It may be better "in the flesh". 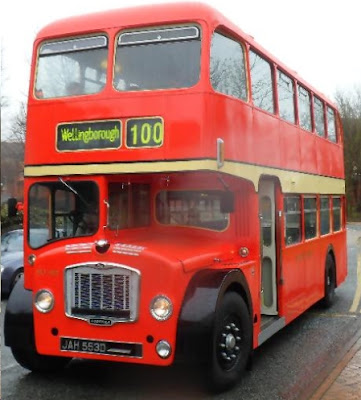 fbb is sure, however, that Eastern National [ditto] never had dayglo yellow destination blinds! But, apparently, the day was a splendid one with lots of jolly fun for all the family and the whole caboodle was much more "casual" than the recent Sheffield "knees-up". One highlight was the unveiling of Stagecoach's new experimental vehicle. Following in the footsteps of overnight "sleeping-car" Megabus, Hovercraft at Queensferry and the fabulous amphibian floater at Yoker, uncle Brian presents ... 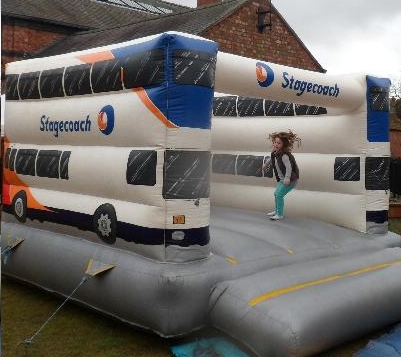 But not so fast, mon cheri!

fbb's chum David drives a left-hand drive huge lorry, which we have to call a "truck" these days. 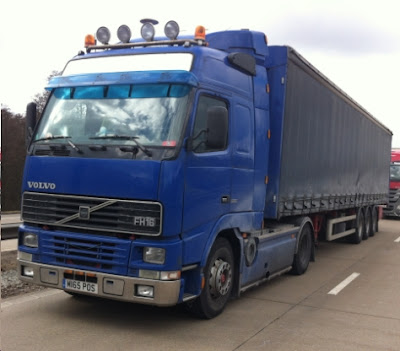 Each week on Tuesday he takes loads of "stuff" from warehouses in England; he crosses to France by ferry; delivers his "stuff", collects more "stuff" from France, returns to England on Saturday, delivers the "stuff" and then starts all over again. This blog usually deals with public transport for passengers but for a few days we are looking at the transport of goods.

Truck drivers have to abide by very strict driving hours regulations. This makes telling the story of his work somewhat confusing. So what follows is something of a simplification; which starts at Cannock on Tuesday 13th March. Readers will remember that on Monday (12th) there were snowfalls in southern England with tales of motorists stranded overnight in their cars in Sussex. 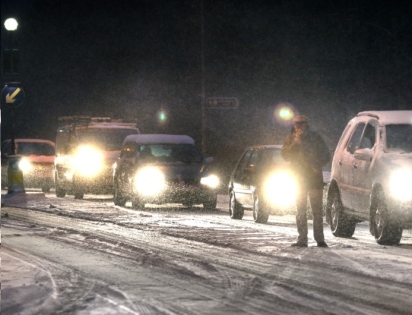 But by Tuesday lunchtime, however, most roads in Southern UK were clear and driver David was speeding southbound to Dover for the ferry. Then fbb received this message on his mobile phone.

It transpires that the weather that affected this sceptred isle was much worse in Northern France as a quick glance at the "meteo" map revealed. 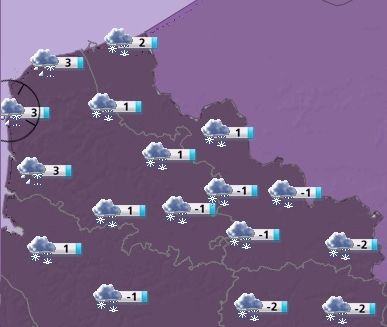 Beacoup de neige partout! Indeed the road map produced by the French authorities was reporting motorways closed and "déneigement en cours" with "autoroute coupé". The motorways were closed to heavy vehicles and awaiting clearing. The inventive French had a simple solution to the problem of allowing the "desnowment" to proceed.


Ergo, lots of trucks (including David's) powering down to join the M20 and converge on a ferry-bereft Dover. Big cloggage at Dover? So what do the authorities do?