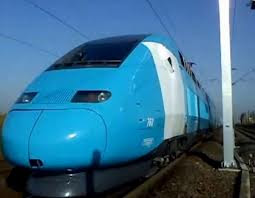 A French Train à Grand Vitesse [TGV] lurking in the dark outside its Paris depot; and it has a sticking plaster applied to the driver's door area. And then there's an advert for a Japanese company that makes video screens ... 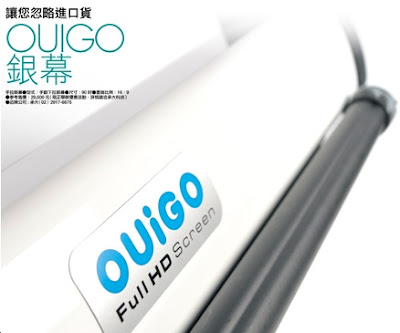 Now, that's better; plaster removed and on a test run. It's a "duplex", i.e a double decker, and it's in a decidedly un-TGV livery.

By the way, the video screens are a red herring; there's no connection, just an alarmingly similar name!

Yeah? Very trendy, very chic. But what is it? 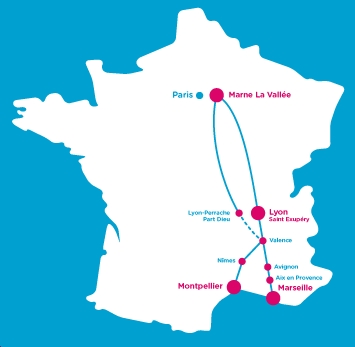 Answer; from 2nd April it is the French Railways attempt to create "Low-Cost" airline-type travel between Paris and Lyon, Marseille and Montpeilier etc. It has all the advantages of TGV (well only one advantage, actually, namely speed) and all the disadvantages of "Low-Cost" air travel.

With only four units available, the service lacks the frequency of TGV as well. 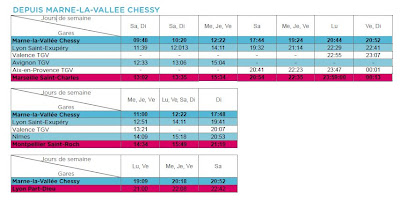 But the price is good if you catch the bargains early.

Children under 12 always 5 euros. For bookings in May Adult fares vary between 15 euros and 65 euros ... 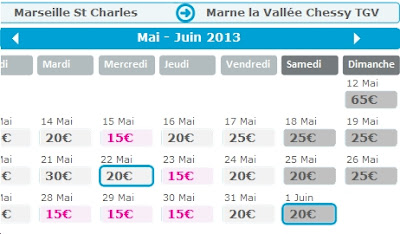 ... according to train and date of choice.

The Pais terminal at at Marne-la-Vallée Chessy, the station for Disneyland. 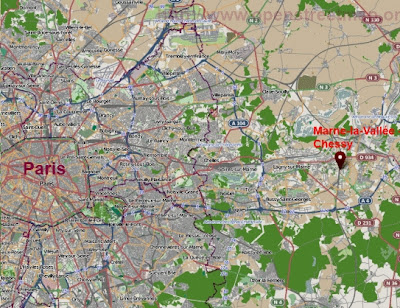 There are plenty of RER trains (ligne "A", in red) linking the two, but, of course, it's an extra cost.

Two thoughts at this early stage. Firstly, the Unions don't like it at all; with protests at the launch ... 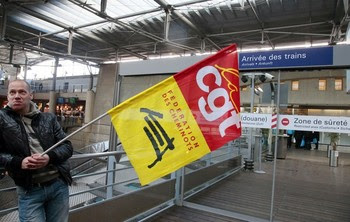 ... and some derogatory cartoons. 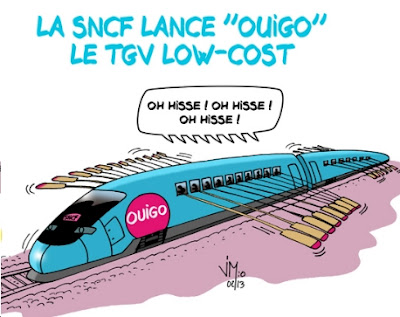 The Académie Française will hate yet another outburst of "franglais" with "Low-Cost" (to join the "badge" of Liber-t electronic tolls and the "go" of Ouigo and many many more.) [just a few from the "S" page of fbb's French dictionary : sketch (as in comedy-), skinhead, slice (tennis), slogan, slow (dance), smash (tennis), smog, snob, snowboard, soap-opéra, etc. etc.]

Then there is the question of the future of cheap tickets on existing TGV services. 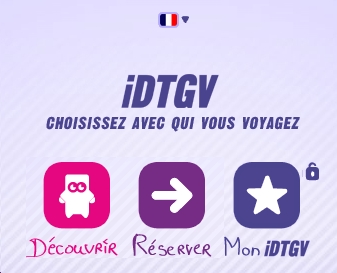 One of the great advantages that rail has over the plane is that it is (was?) always possible to just turn up, buy a ticket and go. When you want. Without any hassle. Without hours of advance and electronic planning. You do wonder how many people are put off rail travel by the increasing complexity. When fbb first went (alone) to France as a student he went into the booking office at London Victoria, bought a ticket and got on the train. Easy-peasy. That simplicity is being steadily eroded.