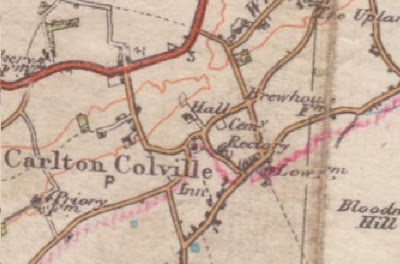 In the 1930s and even after World War 2 there wasn't much to Carlton Colville. A church, The Hall, a few farms and a smattering of cottages. 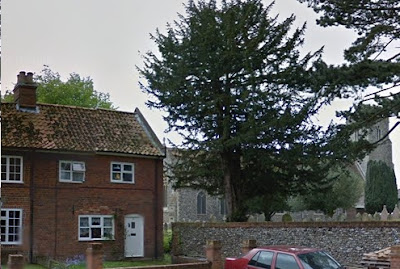 You can just see the church through the trees. But Carlton Colville in 2013 is utterly different. 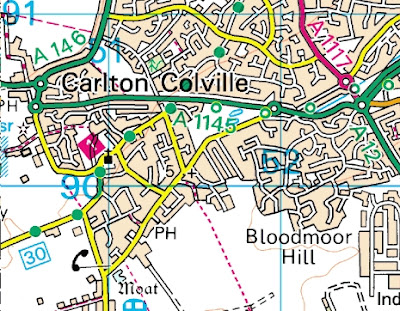 There is the Church, centre left; and a new "green" A1145 smashed straight through former open country. But elsewhere are the housing estates. Carlton Colville is, effectively, a dormitory area for Lowestoft.

One delight of the former village, however, is that it is host to the East Anglia Transport Museum, actually the bit of blue cross-hatching that just creeps into the far left of the "modern" map. 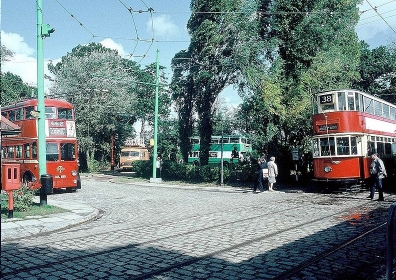 Buses, trams and trolleys all on the same site plus a narrow gauge railway. 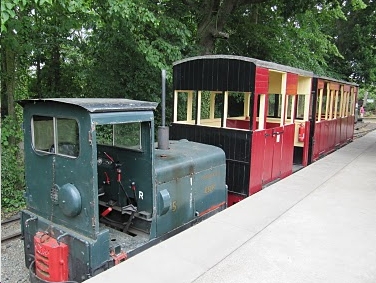 Readers may like to have a good look at the museum's web site (here). And here is a video of one of their open days. Don't try to watch if your boadband isn't!
Anyway, less of this nostalgia and back to the purpose of this blog. fbb is a subscriber to "Buses" magazine and one little article in the current (March 2013) edition attracted the eagle eyes of your chubby blogger. 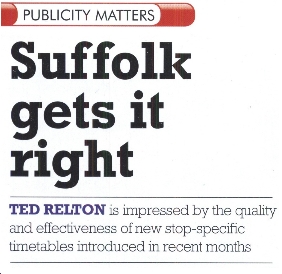 Now this is significant. Here is Ted (unknown to fbb) being "impressed" with "effective" timetables produced by Sufolk Council. The particular product that was exciting the Buses author is illustrated below:- 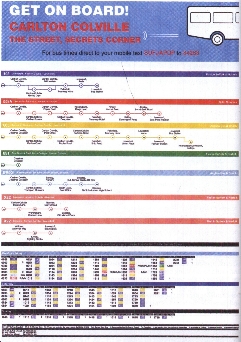 Now, reproducing a huge bus stop panel (probably A3 size) within the confines of a claustrophobic blog page is quite impossible. These panels don't appear to be available on-line and/or as downloads, so fbb has had to resort to scanning in bits.

Despite the "Buses" headline, it doesn't look much like a timetable, more like one of the current crop of confusing computer-created departure lists. That aside, fbb decided to analyse the presentation with a view to understanding why Ted Relton thinks it's so good.

And the specific stop for this stop-specific timetable is Carlton Colville, The Street, Secrets Corner.

So, prepared to either congratulate or consternate as appropriate, fbb begins his investigation by seeking out the secret of Secrets Corner.

All will be revealed tomorrow!