Yesterday, we left our intrepid lorry driver stuck at the Péage with all lorry lanes closed by an "X" and no way forward and no way back. 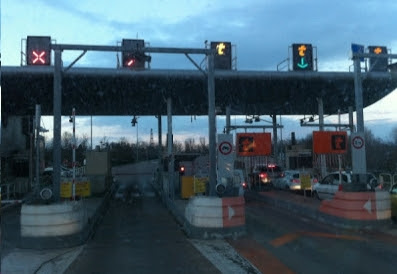 How can this technological trauma be resolved? Answer, old technology and British resolve! Driver David exits from cab, shouts in the direction of "l'homme dans la cabane", gesticulates violently at the barrier, waves fist at the "X" sign etc. etc. Meanwhile "l'homme dans la cabane" shrugs shoulders in Gallic style, peers blankly at the control panel; prods lethargically at a few buttons and the "X" eventually changes to a green arrow and all is well.

Even blog readers who energetically espouse the esoteric may quail at a review of David's delivery schedule; so fbb will simply summarise the work he completed on this particular trip with a brief pause to examine public transport in one small-is town.

... an ancient 0-6-0 on display for which fbb awaits more information from his chum.

Up in the hills of the Vosges, David pauses at the "Tanet Lac Vert" ... 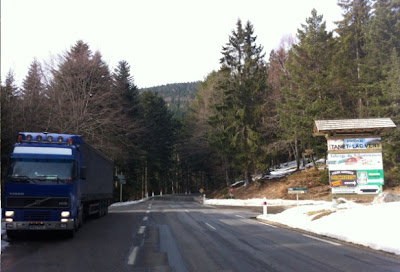 ... and the Lac does indeed look surprisingly Vert. 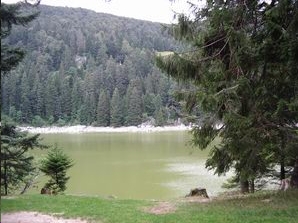 And then it's on to Verdun of First World War battlefield fame ... 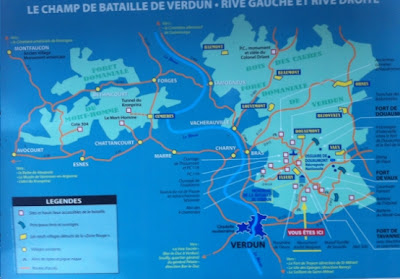 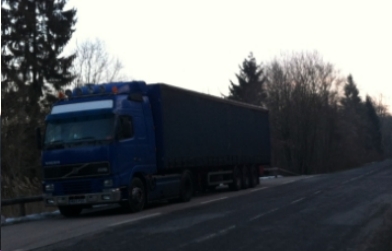 ... where David takes an overnight break just opposite the memorial to André Maginot. 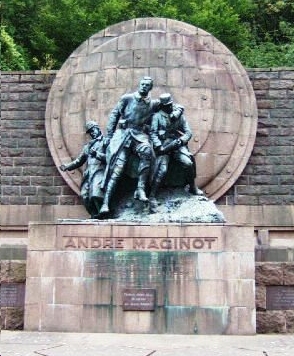 Maginot came to advocate building a series of defensive fortifications along France's border with Germany that would include a combination of field positions and permanent concrete forts. He was no doubt influenced in this decision by his observations of successful fortifications employed at Verdun in World War I. He never saw the line completed; he became ill in December 1931 and died in Paris on 7 January 1932 of typhoid fever. He was mourned throughout France and it was only after his death that the line of defenses which he advocated came to bear his name.

And for fbb a chance to pause to take a brief look at bus services in Verdun ...

... and, as is the norm for France, even if it is a small network, it is all very stylish. There are just three main routes, colour-coded red, green and blue with extra occasional routes for schools plus an "on demand" service to less populous areas. 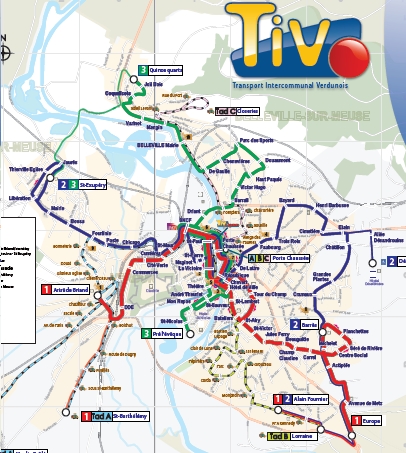 Here is a typical timetable extract ... 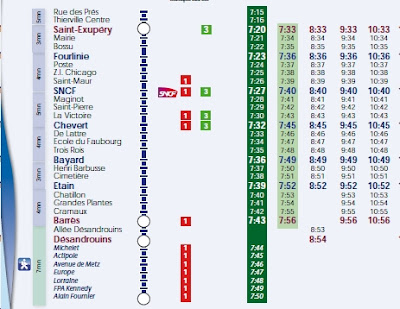 ... with time points closely spaced and given for most stops. The red and green tags show interchange points with lines 1 and 3 and the dark/light green shading indicates Monday to Friday and Saturday variations. All three routes run hourly and, if the illustration on the web site is to be believed, they are operated by equally stylish vehicles.

Is there a small-town network in the UK that can match the quality of that in Verdun? fbb hopes to return to Verdun in the future for a closer look.

But, after a delivery in the Burgundy wine town of Beaune ... 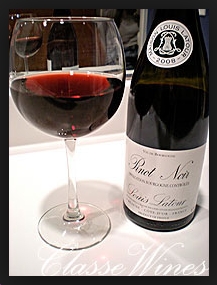 ... and after tackling some decidedly "under-the-bottom" Health and Safety restrictions at a set of rural road works ... 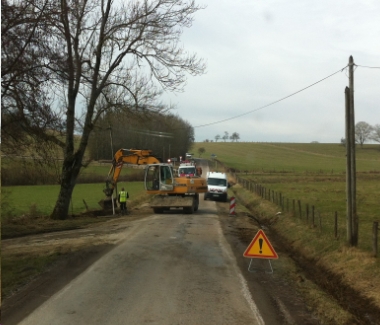 ... David is on his way back to Calais. A few more texts will illustrate his return to Dover. 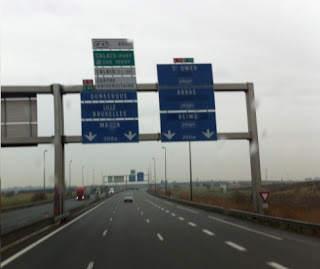 TXT : at the gates of hell : Calais : clandestines
await a chance to board a truck : big Q 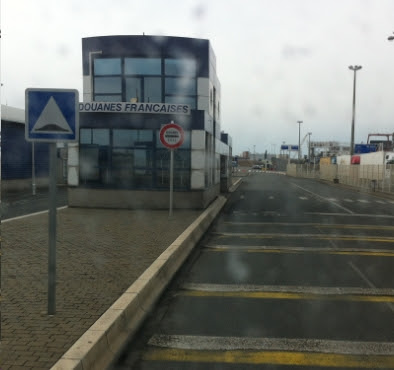 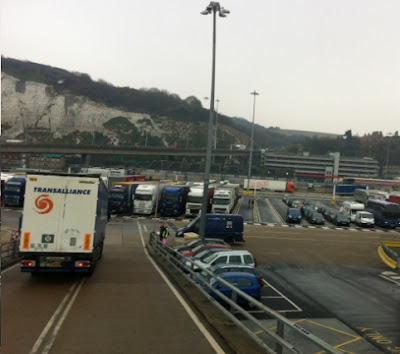 And so back in the UK, a drive north to meet his "second man" who will take over and do the UK deliveries and pick-ups, ready to hand back to David on Tuesday and it all starts again.