Not retaliation by a certain tent-dwelling dictator, but ...
First's Fightback?


The Mexborough and Swinton Traction company was famous for two things.   Until 1961 it ran a network of centre entrance single deck trolleybi between Rotherham, Mexborough and Conisbrough.  Here, one of their distinctive vehicles is seen negotiating the narrow roads around  Conisbrough's castle. 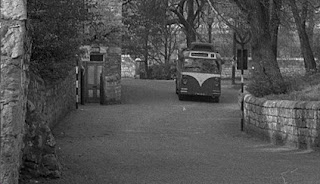 The company also specialised (in the swinging sixties) in employing nubile young ladies as conductresses, one of whom threatened to throw a youthful fbb off her bus at Ellershaw as he was some sort of spy.  She didn't in the end - being ultimately convinced that fbb was just a demented idiot who like riding on buses.  How true, how true! 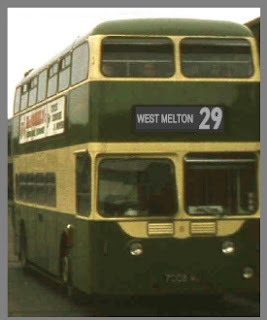 Towards the end of the company's virtual independence (it merged formally with Yorkshire Traction in 1969, although there was shared management well before that date) two new routes, numbered 28 and 29, were started from Rotherham via Wath to West Melton and Brampton.  In progressive route developments the 29 became the 229 and ran through to Barnsley. Here a celebratory "Traccy" olympian in reproduction M&S livery awaits departure in the old Barnsley bus station (date unknown). 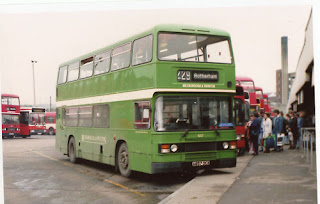 The service 229 runs today under the ownership of Stagecoach; every 30 minutes Monday to Saturday daytime and hourly evenings and Sundays. 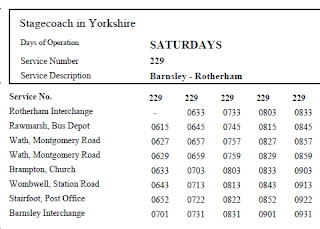 Stagecoach doesn't admit to West Melton as a time point, but their Barnsley area route map confirms that the 229 still echoes the original M&S 29 from the sixties. 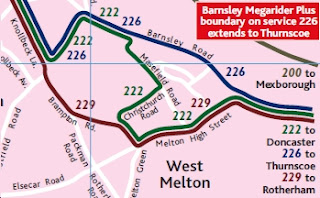 This network has been broadly stable for many many years.

From May 9th First Bus is in retaliatory mood.  Having been "under attack" from Stagecoach in Sheffield for the last year or so (and probably losing the battle!) the bitten bites back.   First are starting a 10 minute frequency service 22 running from 0700 to 1900 Monday to Saturday.   Here is First's initial statement:-

Click on the panel above for a larger view
This confirms that the route is largely the same as the 229 but via Golden Smithies Lane, Dearne Valley College and Manvers instead of Wath Wood.   There is a link to a route diagram later in this blog. Manvers was the site of a huge colliery complex, now all gone and replaced by trendy (and cleaner) industries. 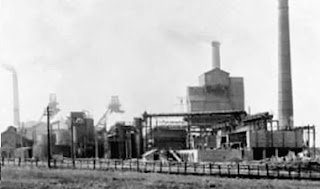 The 222, 226 and 229 (see map extract above) provide a weekday 10 minute frequency between Wath (off the map right) and Barnsley (off left) and the roads Wath-wards from Rotherham also have frequent combined services.

Will First's offering hurt Stagecoach?  Oh, yes!
Will First compete with cheaper fares?   Wait and see!
Will people get confused between a surfeit of DIFFERENT 22s (already in Sheffield, Barnsley and Doncaster)? Maybe.
Which company will break first?  They're both big enough for fire a few more missiles.
Is this the first First fearnulation outbreak (read again)?  Speculation.
Does your chewing gum lose its flavour on the bedpost overnight?

fat bus bloke will be ready with all the answers - possibly!

For the record : on the same date, First is also competing with Stagecoach  in Doncaster.  Two services are starting on May 9th; 41 to Scawsby and 49 to Sprotborough.   First is already dominant in Doncaster itself but these two routes impinge on former Yorkshire Traction territory to the Northwest of the town. 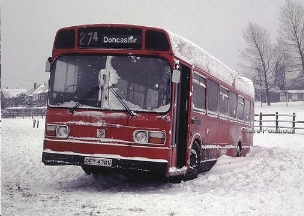 next blog : due on Monday April 18th
Posted by fatbusbloke at 04:07