A Brand from the Burning


A "brand from the burning" was a phrase used by John Wesley to describe his miraculous (and Divinely inspired, as he profoundly believed) childhood escape from a disastrous fire at the Wesley family home in Epworth. 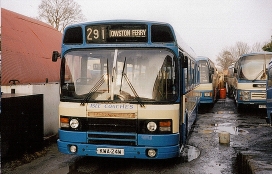 Historically, a red-hot "brand" was used to burn a farmer's initials into the skin of cattle.  Modern product brands are almost always well-known, usually memorable and often very long lasting.  The Coca Cola brand has its origins in 1886, and the logo was certainly in use, more-or-less in its present form, in 1888. 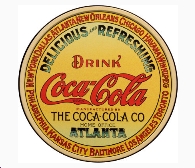 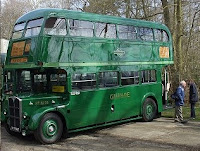 Green Line started in 1930 and the brand (now owned by Arriva, sorry, Deutsche Bundesbahn) still applies today although the network is much smaller. 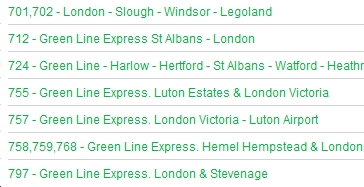 Some may even remember British Coachways [BC], an attempt by independent operators to match the growing success of National Express, a newly-created brand within the state-owned National Bus Company.

BC fizzled out remarkably quickly.   The huge Midland Red Company introduced a whole range of local brands in the 70s, of which Reddibus (for Redditch) was probably the most distinctive. 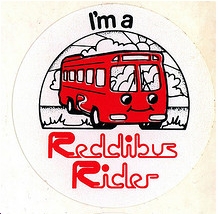 The problem with bus brands is that it can be hard to preserve their identity.  And if that identity is compromised, what use is the brand? In older bolder bread van days these three minibuses were photographed by fbb ON THE SAME DAY all operating the service 6 from Ryde to Tesco. Only the blue livery was correct!

Today in Plymouth, First runs the "Tavy>Linx" with buses in a non-standard purple livery tagged "up to every 15 minutes". (Photo courtesy of Plymothian Transit blog.) 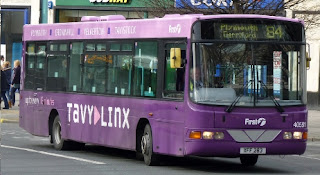 That may be so in Plymouth itself but on arrival at Tavistock half the journeys arrive at the same time as (or even a few minutes later than) the following departure.  Between Yelverton and Tavistock there are two buses running together every half hour.  Down to every 30 mins! 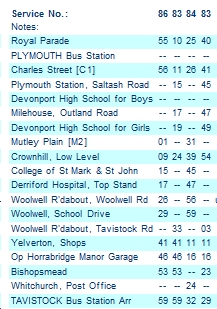 Why?
This is because Plymouth City Bus withdrew its service 7 to Woolwell (School Drive) and First replaced it with double runs off the main road for half of their Tavistock buses.  Similar problems existed in 1996 when the service was only every 20 minutes ...

... and the 30 mins past from Plymouth arrived at the same time as the previous 10 mins past (etc.).
It makes "up to every 15 minutes" about as meaningful as adverts for broadband speed.   So fbb has a question.  Whilst, undoubtedly, passenger numbers can grow with a quality service, an attractive fares "package" and improved frequencies, is there any statistical evidence that weird and wacky brands have any measurable effect?
Do passengers respond by rushing on board to get their five healthy trips a day from fruity companies with names like Flying Banana, Big Lemon, Strawberry and Kumfy Kumquat?*   Would they travel just as much if the buses were labelled "Stalybridge, Hyde, Mossley and Dukinfield Joint Transport and Electricity Board"** or something really, really silly like that? 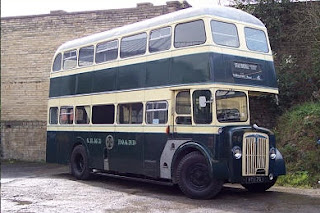 *One of these is an fbb invention - click to find out which!

... the South East Lancashire and North East Cheshire Passenger Transport Executive, in 1969.   Now that WAS a distinctive brand. Oddly, the new name was just as unwieldy as the full version of SHMD; the later renaming to Greater Manchester PTE was a much better!

Next blog : due on Friday April 8th
Posted by fatbusbloke at 08:04