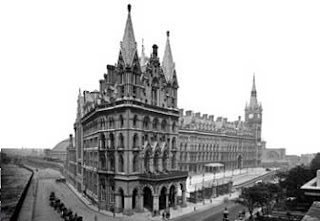 When the "upstart" Midland Railway arrived at its own terminus in London, its directors intended that the world would know that something special had happened.  The Something Special was the St Pancras Hotel, created in all its gothic magnificence by Sir George Gilbert Scott.   Sadly the hotel closed in 1935, a victim of changing travel patterns and the tough economics of running such an opulent building. 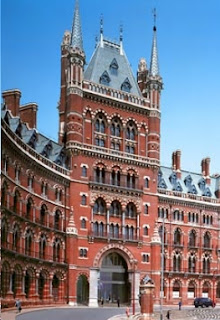 But it's back.   After years of being shrouded in plastic and scaffolding the Marriott Renaissance St Pancras Hotel re-opened in March. Pictures for Marriott's website show how magnificently the building has been restored and adapted for the modern guest.  The Gilbert Scott grand staircase is just ... 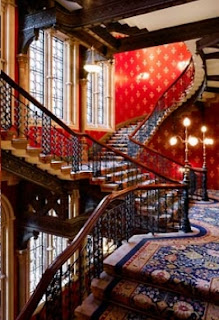 ... wow!   There has been a genuine and successful effort to recreate the luxury of the past and combine it with modern standards. 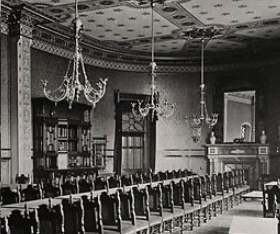 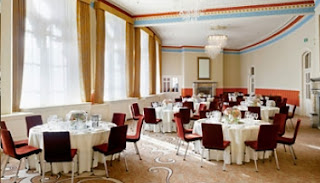 Even something as prosaic as the hotel lobby is special.  It was created out of the former "cab road", where cars once unloaded their passengers (before that, Hansom cabs!).   Now a fitting welcome to this magnificent renovation. 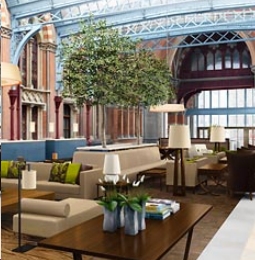 The archway here is the same arch as seen on the front elevation of the hotel, above.

So, armed with a selection of Armani suits, one's butler to iron "The Times" and a smartly uniformed chauffeur, fbb is ready to book a suite for the weekend.     Or, maybe, for a first visit, one might go for one of the cheaper rooms:- 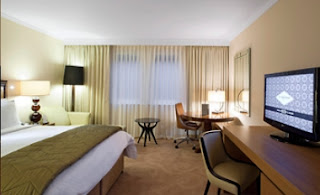 It doesn't hurt to "slum it" now and then; to see how the other half lives.   After all, they do have cheap rooms.

And they do have a very well-equipped gym, just the ticket to keep fbb honed to a pitch pf physical perfection. 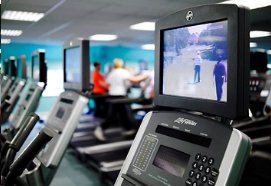 Perhaps not.   If only  ...
Hey ho.  Dream on, dream on!   Do they do a pie and chips bar meal, just to have a look?   Unlikely; so it will be back to the £19 a night at a Travelodge somewhere, with fantastic views of a motorway junction.

next blog : due on Friday April 15th
Posted by fatbusbloke at 06:43