First; fbb is corrected by a correspondent.  Arriva is owned by Deutsche Bahn.   The "Bundesbahn" form of the title was dropped when the East and West German rail systems were merged.   fbb has ordered himself to stand in the corner, suitably attired. 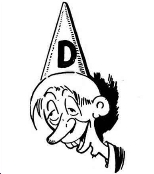 For some mysterious reason the first "read again" link on this page resolutely refused to link!  So fbb has had to add some irrelevant drivel to persuade Mr Blogger's software to work properly.  So here is a panel from a current Centrebus web site.  Enjoy! 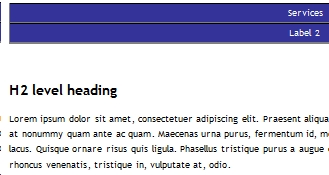 The internet is a truly useful resource.   fbb's "O" level classical skills suggest most strongly that it's NOT latin.  "adipiscing", "nonummy"?   Perhaps it's a secret code?  The plans for Centrebus to take over the remnants of V**l**??

How to use the Internet (read again)


The tailpiece on this article referred to a really daft bit of timetable publication by Travel South Yorkshire.  A recent peek at their web site finds the "bludner" corrected on-line.  Did they read fbb's blog?   fbb wonders whether they had to bin yet another load of erroneous leaflets as well.
Bamboozled by Bethesda (read again)

fbb came across this ... 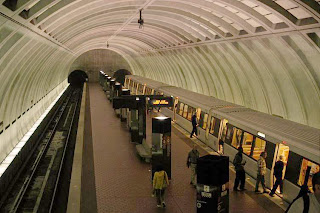 ... whilst researching background info.   It is Bethesda Station, but very much NOT the Welsh one formerly operated by the London and North Western Railway.  This illustrates the danger of blindly believing what you read on-line.  The North Walians would be very impressed indeed with such a service to their Bethesda! 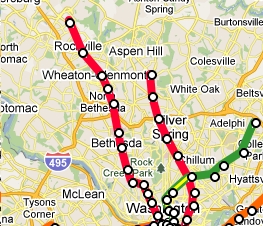 This one is on the "red" line of the Metro in Washington DC.
Underground Overground (read again)
Quite a bit to add here.  fbb is reminded that the original old Isle of Wight underground trains, as well as wearing the dull all-blue livery, also appeared in blue and grey ... 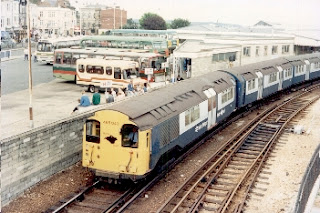 Meanwhile a wag on line doesn't like the present maroon livery - he calls it "tired" - and suggests a version of Stagecoach colours ...

... far to garish for the Island. And then, what happens when the new old trains fade away, old soldier style, as they approach their 75th birthday?  Rumours suggest that some 1972 stock from the Bakerloo or Piccadilly Lines will grace the Island's tracks. 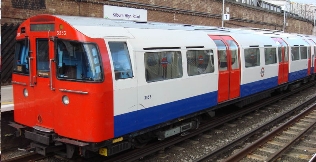 Far too modern-looking for our tiny backwater.   And Boris has cancelled the Piccadilly line upgrade anyway.  Is it possible that our Undergound OAP-Ts [Old Age Passenger Trains] might live to be 100?
Ave RV, in praise of a bus route (read again)
fbb came across this diagram which explains, in  layman's terms, how a Hydrogen fuel cell works. 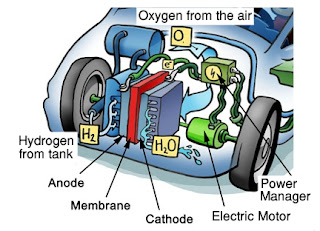 It shows how Hydrogen [H2] from the blue tank is combined with Oxygen [O] from the air (pale blue arrow) using a fiendishly clever (and expensive) membrane (shown in red).  This produces electricity for the green motor and water [H2O] as a harmless waste product. Clever eh?   At least it will be when (and if) we can afford it!

Blupdates issue 2 (read again)
The Numbers Game (read again)
More information on Sheffield's elusive "Route Zero".  It ran on Wednesday to Saturday evenings from Autumn 1997 according to the operator's staff newsletter "Mainline".   This shows one actually in service, in the dark, at Hunters Bar outside the former almshouses.  It had a flat fare of 50p - quite high for those days. Thanks to a correspondent for pic and info. 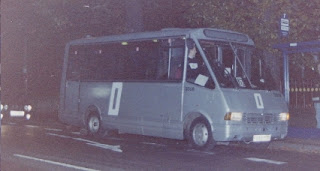 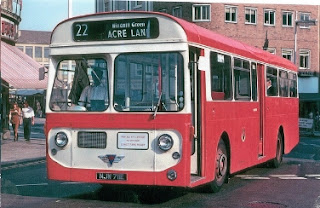 ... much smarter than in the dull wulfrunian green.   A vehicle from a similar batch as delivered new and on display (as a preserved vehicle, hence the 1960s icons in the window!) at a recent Coach and Bus exhibition .

At the same time, United Counties acquired some ex-Trent vehicles which wore something like NCT livery; read and cream.  A bit confusing. 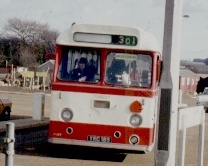 In a dastardly slur on the veracity of fbbs inane ramblings, one foul fellow has suggested that fbb has invented the community of Buttocks Booth. Not so. Here a pic of a United Counties bus, on the erstwhile "long way round" route from Wellingborough, showing its full blind. The 401 route in its modern guise of service 38 is due to "get the chop" and run only as far as Moulton; but it will still serve Buttocks Booth.

The former community, now only represented by the Lumbertubs pub and restaurant, was clustered round the road junction, and presumably takes its name from an old tollbooth.  But whose buxom buttocks balanced on a bench there? Well, sadly, that piece of history is lost in the mists of time.

Incidentally, fbb's mother used to attend a weekly whist drive in the community hall behind the pub.   (Yawn, yawn!) This picture looks (roughly) south.  Kettering Road crosses from left to right, Lumbertubs Lane runs to the left of the pub (First Northampton service 2) and the "street view" is taken from Moulton Way, route of Stagecoach 38 and 39.