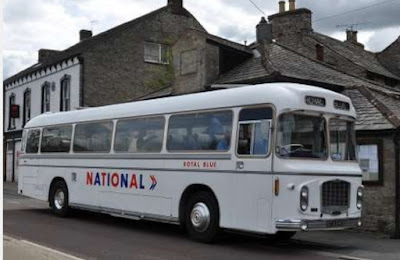 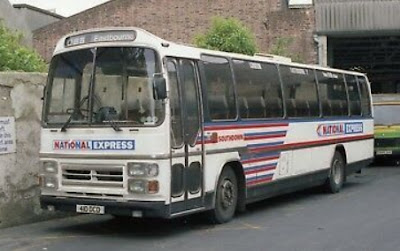 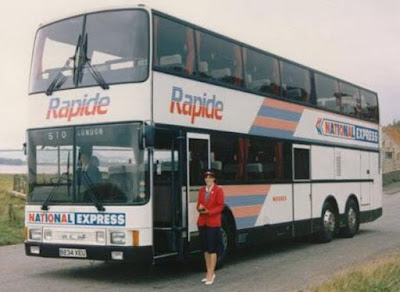 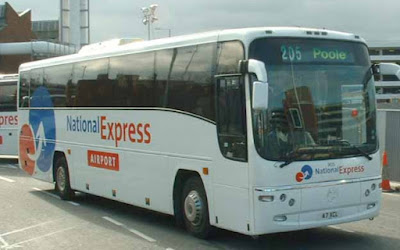 ... and sometimes back to all white again!

The majority of National Express services are contracted on long-term agreements to local coach companies, known as partner operators. As part of the contract, operators are required to use coaches in full National Express livery. On occasion, an operator will use its own branded vehicle due to lack of availability, but will be penalised financially for doing so. A wider list of additional operators are also available to bid for occasional work on the network – usually providing a one-off duplicate service to meet demand. Whilst still having to meet strict criteria, these coaches are usually not in National Express livery.
National Express operates some services itself, primarily those between Stansted, Heathrow and Luton airports, and Victoria Coach Station, London Liverpool Street and Woking.
Whilst we are all familiar with the iconic coach network, we may well forget that it is a global brand. The most recent Wikipedia entry gives an overview.
National Express Group is a British multinational public transport company headquartered in Birmingham, England. It operates bus, coach, train and tram services in the United Kingdom, Ireland (National Express operates Eurolines in conjunction with Bus Éireann), United States, Canada, Spain, Portugal, Malta, Germany, Bahrain, and Morocco and long-distance coach services across Europe. It is listed on the London Stock Exchange and is a constituent of the FTSE 250 Index.

Even in the UK, there is much more to the company than just the white coaches. The bus operations in the West Midlands are well known ...

... also with a fine variety of liveries over the years! The recent disposal of Travel Dundee to McGills may well have been a sensible move, removing one problem for the Competition Authorities to ponder about, but on the coaching side there are many more members of the group.

The most notable is The Kings Ferry ... 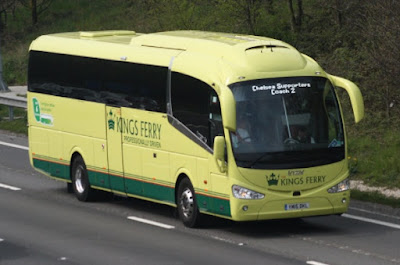 ... of which more anon. Other are listed below. 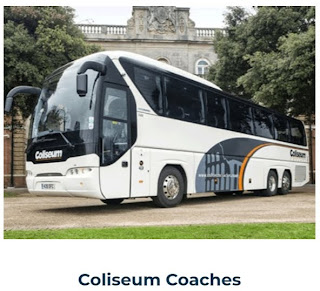 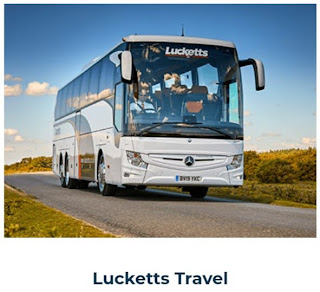 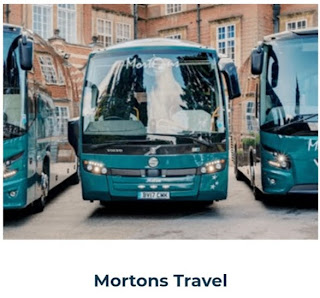 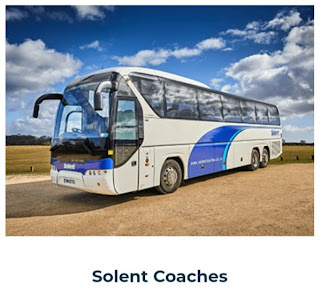 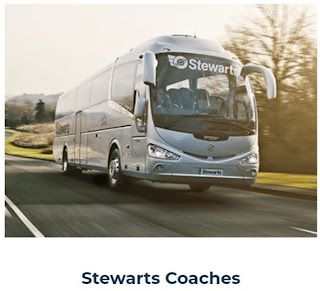 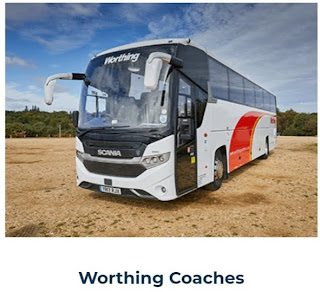 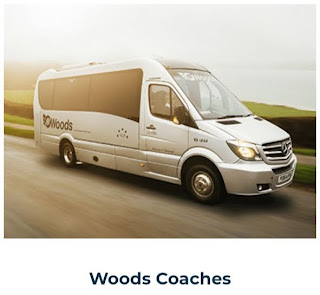 Back to The Kings Ferry. Famous for nearly 40 years for running large numbers of commuter routes from Kent into London.

There are plenty of pick-up points ... 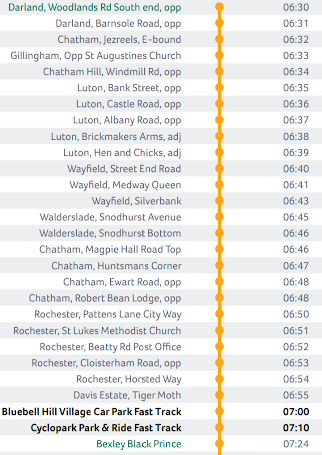 ... and a fair range of commuter set-downs. Most customers buy season tickets and use the coach as their main means of getting into town.

But tomorrow is heartbreak day for the Kings Ferry. 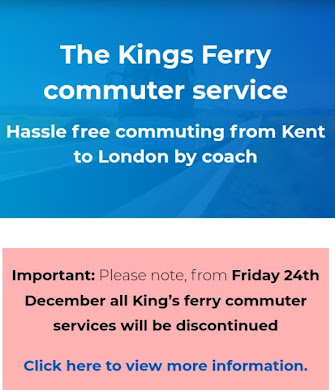 This is how the company explains its position. 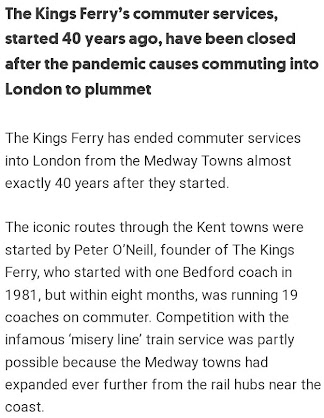 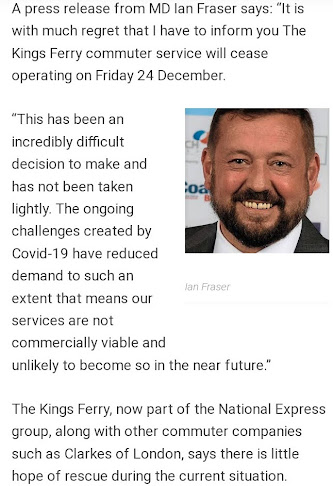 Yet another example of the success of the Boris  Building Buses Back Better policy!
There will be more, lots more. 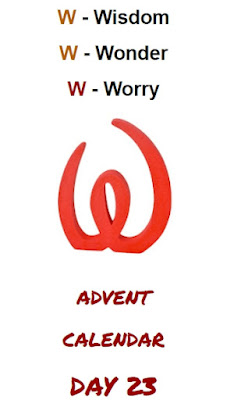 You would guess that, once the Bethlehem mafia got hold of the tale, there would be all sorts of visitors to see this child for which miraculous claims were being made. They would all, one suspects, be disappointed because, on the surfacer at least, the child was just a child - in a manger, dedicated in the Temple and now resident in a rented cottage. Just like any other kid!

The WISDOM of the Magi, following their researches in texts including what we now call the Old Testament, provoked them to undertake a six month journey from Susa (Shushan) in Iran to Jerusalem in Roman occupied Judea ... 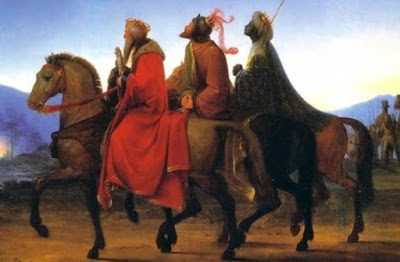 ... on horseback! Wot, no camels? Camels were a beast of burden, the heavy haul freight carrier of the day but generally not used for passenger service.
The Magi were called "kings" as an alternative but only from about 1200AD and somehow they were given names - Balthazar, Melchior and Gaspar. None of this detail has any historic credence.
One this IS certain - we have no idea how many wise men there were. Here is Matthew again:-

Soon afterward, some men who studied the stars came from the East to Jerusalem and asked, “Where is the baby born to be the king of the Jews? We saw his star when it came up in the east, and we have come to worship him.”

Matthew chose this particular group of visitors because of who they were and what they brought. They responded to the WONDER of the incarnation with three gifts that were utterly useless for a two year old. 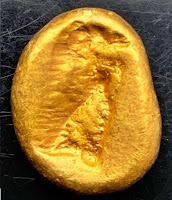 Gold  was probably a bag of Persian "Daric" coins, not used for normal trading but stored as a measure of the Emperors' wealth and status.  The two year old would become a KING . The idea of a King was meant to indicate divine authority, not just worldly monarchy. 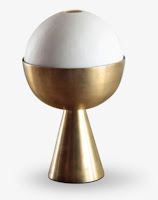 Incense , whether Frank's or anyone else's, was a spice burnt in a "censer" (modern domestic version above) to symbolise the purity of God (and to cut down the pong in the Church!). It was a symbol of the priesthood.  The two year old would become a PRIEST . The priest was the way that the ordinary bloke or blokess would access God.
O.K. so far with the useless gifts?

Myrrh  was a spice, usually made up as an oil and used as an embalming fluid for dead bodies. Undertakers today can use embalming fluid to protect the corpse from speedy decay and to thus make the deceased more "acceptable" to the mourners.  The two year old was to become a CORPSE  .
Not "nice"; and the strangest gift of all. When did you last give a two year old a bottle of embalming fluid?

We still sing the message each CHRISTmas! 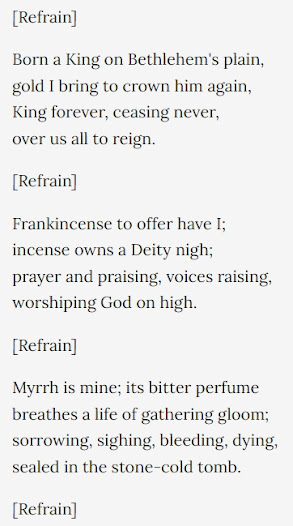 But, in practice, the visit of the Magi would be a real WORRY for Mary and Joe; and not quite as "nice" a story as we like to think! 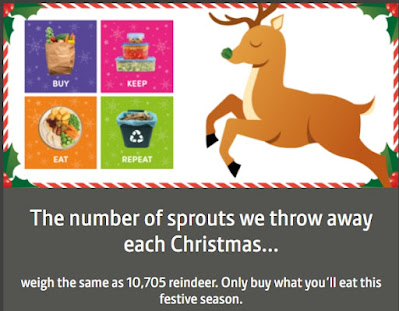 How do they know? 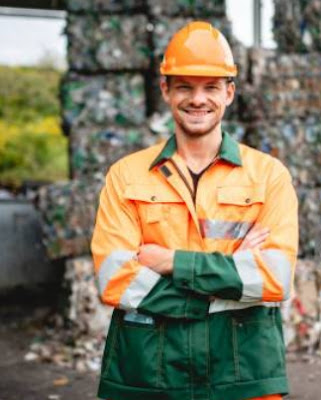 fbb has found out. This is Mr B Russells-Prout who works at a major waste disposal site. He, and others like him at other sites, is employed to count waste vegetables. He says, "I enjoy my work, but things get a bit quiet after Boxing Day. But me and a colleague Jasper Carrat really enjoy our work. And we can take the surplus home."
Posted by fatbusbloke at 02:00