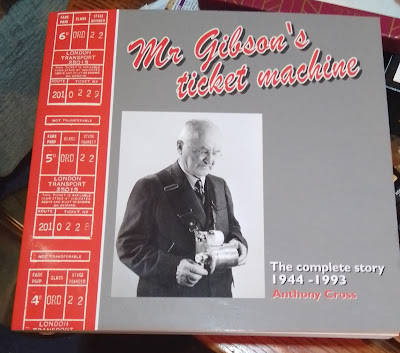 A blog or two back, fbb referred to the Bell Punch ticket issuing system. With the formation of London Transport in 1933 Bell Punch was the majority system and remained so right through WW2. 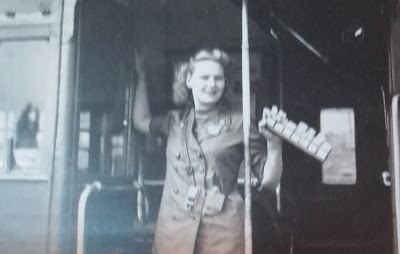 It had many advantages. It could cope with a wide range of fares, i.e. for short journey in the central areas and longer trips in the suburbs and by Green Line. If fares were to be "revised" there was nothing technical to do, just print new value tickets. Overall, ticket issuing was reasonably fast, important in central London where buses were busy with short-hop journeys!
Cashing up was relatively easy and coloured tickets made the work of Inspectors fairly straightforward. 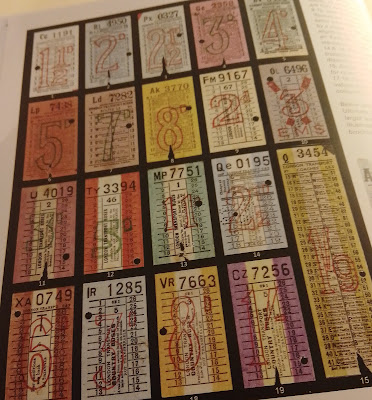 The long ticket (right) was for a Green Line service.
The problem with Bell Punch was with the "back office". Print costs were high. In 1947 London Transport spent £136,000 in printing tickets, the equivalent of £6 million today! The cost of operating the system (audit, cash handling, machine preparation and repair etc.) for Central buses alone was £176,00 per annum - about £5 million in todays money.
What was needed was a machine that could print the ticket on a plain roll, and keep totals for audit and cashing up within the machine. Three were available (or became available) immediately post war). All three became very familiar all over UK.
There was the mechanised version of the Bell Punch tray of tickets - called "Ultimate" ... 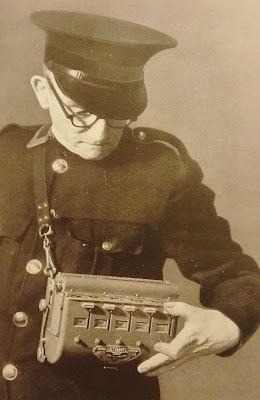 ... which was really fast for issuing, but retained the disadvantages of needing printed tickets and being costly for the back office!
Ultimate Ticket 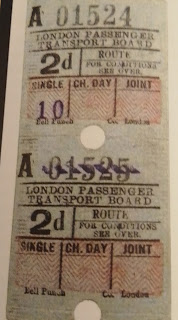 TIM printed on a paper roll but was limited in the range of fare values that could be accommodated. The telephone dial choice of value was quick ... 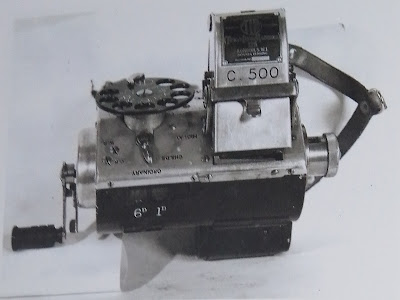 ... and there were lots of counters to help with "the reckoning" at the end of a shift.
TIM Ticket 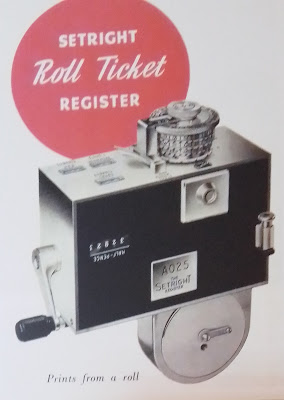 The machine was much more fiddly to use but could manage a wider range of fares which is why it became near universal for the Tilling and BET companies, later National Bus.
Setright Ticket

All three "modern" systems were in use or well known in parts of London, but the bosses were seeking standardisation, and, for a whole range of reasons, none of the above readily available systems satisfied the "Ticket Machine Committee" by fulfilling all its requirements.
And those requirements were challenging. (click on the pic to enlarge)
General Usability 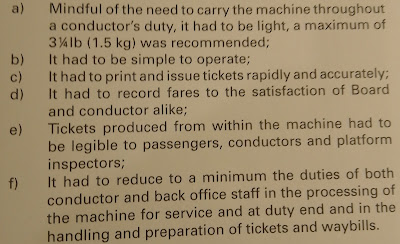 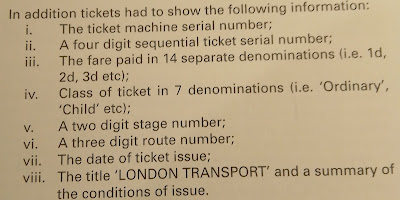 Back Office and Audit

All of this is covered in great detail in Anthony Cross's magnificent book; and we are only in the first chapter which carries the heading "Conception".

In very simple terms; as none of the available machines were completely compliant with the Committees "challenging" list, Mr Gibson decided to design and build one that was.

It is this incredible story of one man's skill and fortitude that forms the bulk of the book; skills which needed on-going development even after the Great Man had retired.

fbb will pick out a few snippets in tomorrow's blog - but for the best results BUY THE BOOK.

Mr Gibson's Ticket Machine is published by Capital Transport at £16.95.

It is currently unavailable from the South American River site, although supplies may reach the Greek Mythological Female Warrior site in due course.

Just for the Record 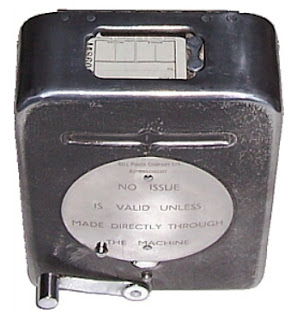 For fbb's daily grind from Little Billing to Northampton Grammar School, York Bros used the Bellgraphic "low-tech" system The conductor simply wrote the fare on a ticket blank in the window of the machine.

The lever issued the top copy to the passenger ... 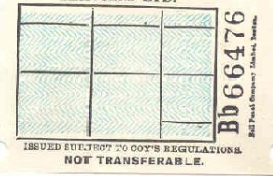 ... and a simple carbon copy was held in the machine. Of course, the "back office" then had to add up all the individual ticket values and reconcile them with money in the bag. For a small bus company with utterly reliable staff it was an excellent system.