News For This Weekend 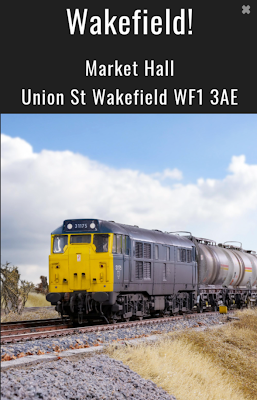 What is billed (modestly) as Britain's Biggest Model Railway (www.britiansbiggestmodelrailway.com) opens today in Wakefield where it has been built. Here is a shot of the "monster" under construction. 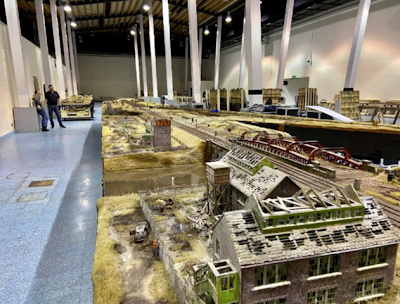 And here is a bit of blurb.

Details (and booking) from the website above. Payment on he door is also acceptable. Seems good value at £5.
The model is "O" gauge (7mm to the foot) and shows the magnificent ready-to-run locos from manufacturer Heljan plus scale length trains set is a piece of decaying industry at Heaton Junction.

It's Not That Big 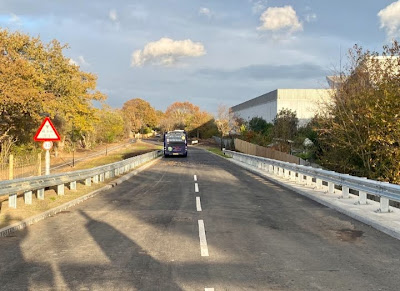 It is the extension to the Eclipse Busway which nearly links Gosport and Fareham. From Sunday it will be a short stretch more "nearly".

Outline plans exist to take the Busway even further into Gosport and even closer to Fareham Station. First Bus, which operates the Eclipse services hasn't managed to update their map ... 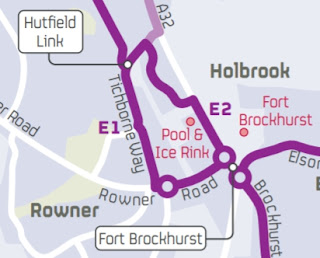 ... but the new bit runs parallel to Tichborne Way. Both E1 and E2 will be diverted onto the new section. There is still quite a way to go to get closer to Gosport! 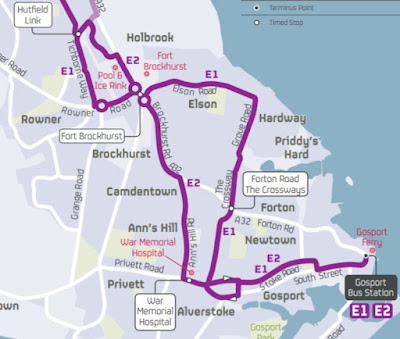 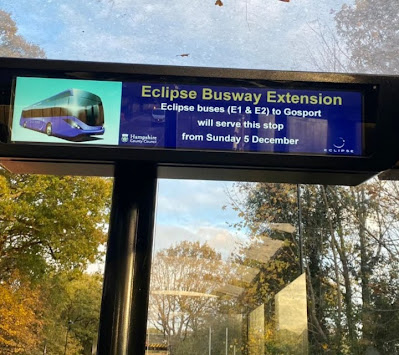 For the record, the Busway is built on the former railway branch from Fareham to Gosport. 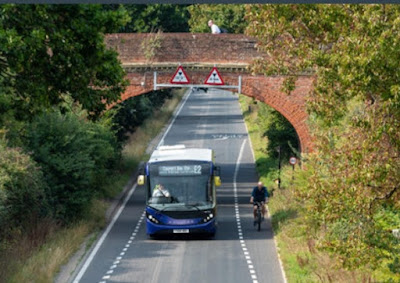 They're Small But Taste of Liquorice! 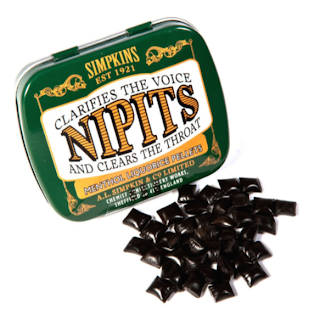 Rails of Sheffield has produced yet another fake "private owner" wagon, purportedly conveying goodies favoured in the real world "oop noorth". Simkin's "Nipits" are similar to (identical to?) "Mighty Imps". 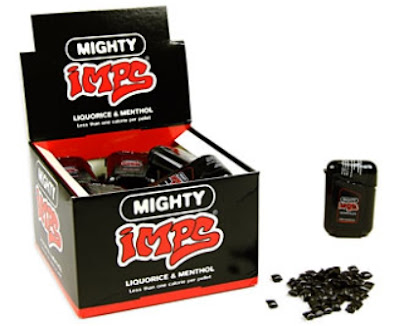 Rails has created a ventilated goods van so labelled. 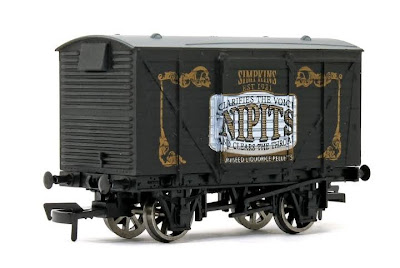 This delightful model plus a tin of Nipits would cost twenty quid plus postage, so fbb will not be purchasing the pack, but he has ordered a tine on Nipits "under separate cover!! Although promoted as part of Rail's "Advent Calendar", the wagon is on sale via the normal Rails web site.
Sunderland Puzzle Picture 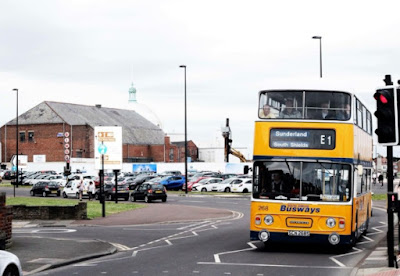 This item is postponed to Monday next, 6th December
Why Can't Our Buses Be As Good As ...
... In Hamburg, Germany. 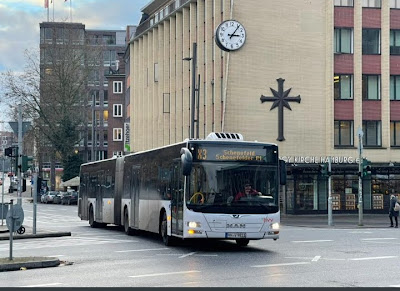 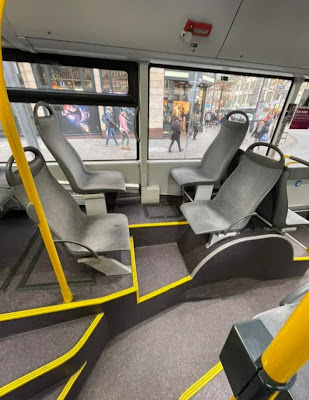 ... and no trip hazards at all!
Maybe things are not SO bad here in the UK?
Heritage Potteries 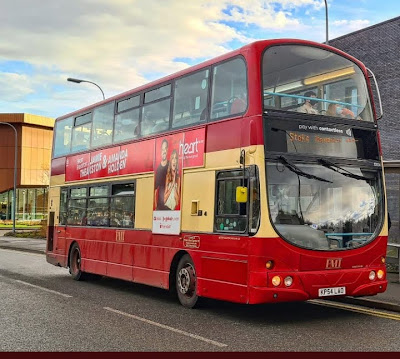 Such a pity it is spoiled by that intrusive advert on the side. Back then ... 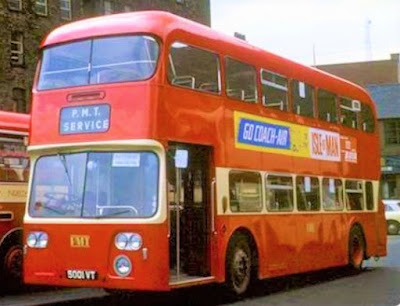 ... advert panels were kept firmly in their rightful place.

Advent Calendar
Received yesterday from No 1 son and family ...

Each window contains a lovely lump of cheese. And as the prezzy arrived on 3rd, there were three cheeses to gobble before yesterday's beddy-byes time. 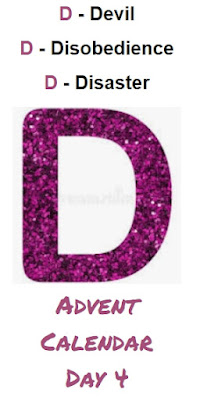 Mediaeval artists were anxious to warn their largely illiterate congregations of the danger of sin, of disobedience of the Laws of God; so they created grotesque and frightening images of "the Devil". 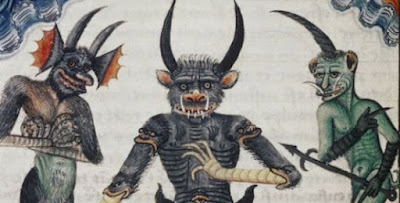 None of these gruesome guys appears in the Bible! There, the devil (usually called Satan, pronounced Sat-an) is often portrayed as the antithesis of good and the oh-so-very subtle antagoniser of God and man.
Just as believers tend to give God human characteristics (sat on a throne; walked in the Garden of  Eden etc), so Sat-an is understood with a human-like personality. These anthropomorphisms (technical term, used by the clever people!) are designed to help folk understand something of things beyond complete human experience and understanding!

Now the snake was the most cunning animal that the Lord God had made. The snake asked the woman, “Did God really tell you not to eat fruit from any tree in the garden?”

The "tree" is defined as the tree "of the knowledge of good and evil".

So the temptation is to try evil and see how sweet it tastes. Risky or what? 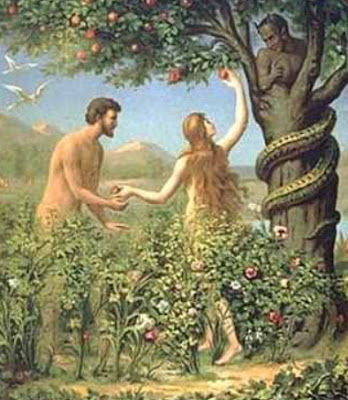 The Bible writers were not particularly interested in whether the story is literally or figuratively true. For the ancients, myth and truth were one and the same.  The ultimate result is identical in either case.

Thus it is unwise to treat "The Devil", whoever or whatever he/it might be, as a joke!

By the way, it was never specified as an apple - the word is simply and generically "fruit". 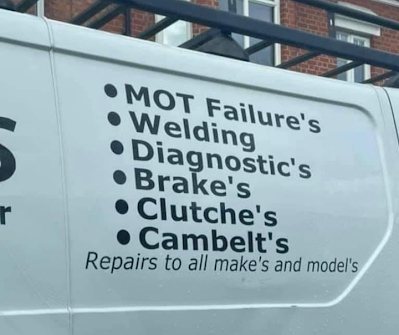 If this picture of this white van are genuine, its awfulness is astounding. Just full and overflowing with grammatical mistakes. Surely it should say "welding's" and "repair's" for consistency?

Or maybe it is a clever marketing ploy to get the business talked up around the local intelligentsia in the pub?