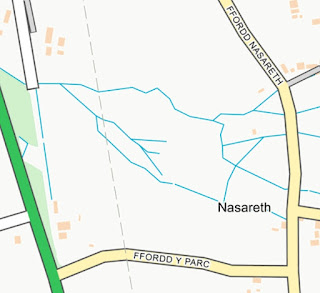 Nasareth is a tiny village just off the A437 south of Caernarfon ... 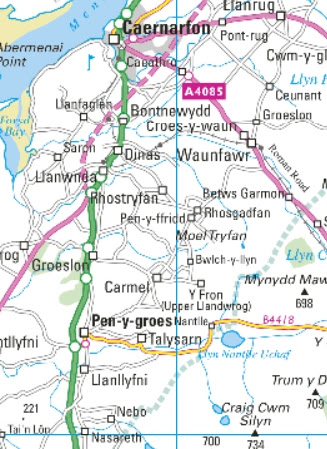 ... there it is, down at the bottom of the map extract. It has a chapel which is now closed ... 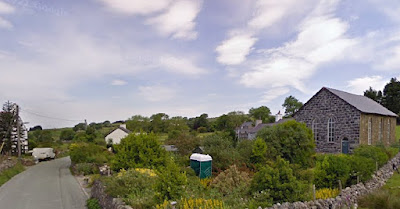 ... and opposite the chapel was the village shop. 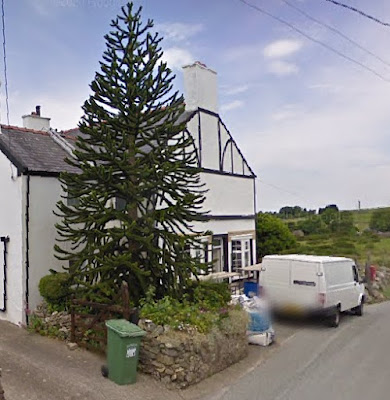 When fbb with Mrs and just two sons (number 3 was not even the faintest glimmer in the eyes of the devoted couple!) had a holiday in 1979, they stayed at Nasareth. To find their pad, just walk down Fford-y-Parc to the main road ... 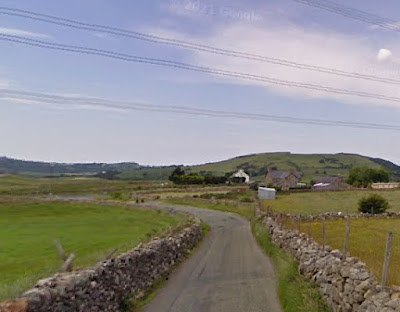 ... and there is the old farmhouse which they occupied. 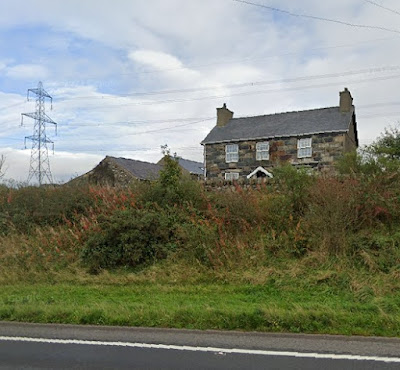 Back then, the A437 road ran literally in front of the front door, but a revised road layout plus some new bits, mean things are a bit different now. 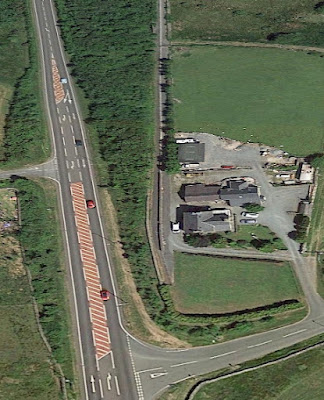 The fictional Joseph Carpenter now lives in that residence where he plies his trade making stuff for the villagers and customers round and about. The neighbours are shocked to hear that his girl friend, still in her youthful teens, is pregnant. He claims the child is definitely not his, but tongues wag even more furiously! 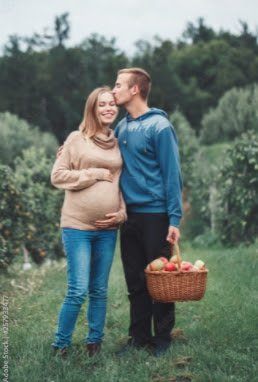 Inconveniently, one Christmas, they are called to deal with some infuriating legal matters in a village some distance away in Carmarthenshire. 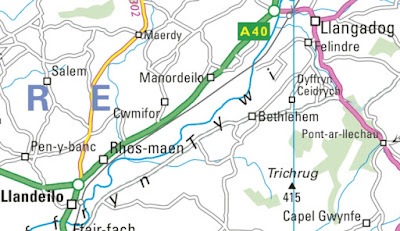 The village is not too far from Llangadog on the back road to Llandeilo and it is called Bethlehem.
The Carpenters are poor; they do not own their own transport and will have to rely on bus,train or coach. Bus would be the cheapest by far, but is such a journey possible? then there is the problem of where they might stay in Bethlehem.
The village used to have a post office and stores ... 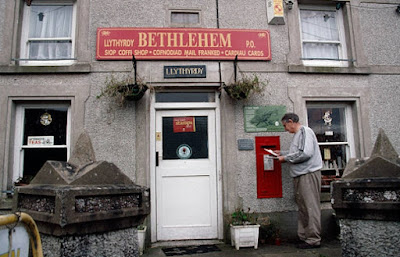 ... which offered limited B&B. As is the way of things, this enterprise closed down and the property is now a private house. 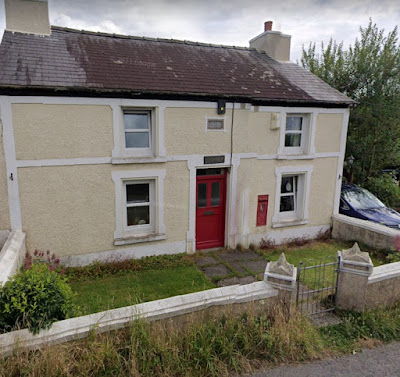 It is still recognisable by its strange shaped gateposts and the name above the front door. 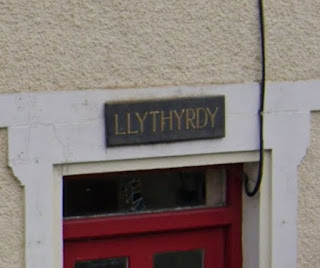 The Post Office moved to an annexe of the village hall ... 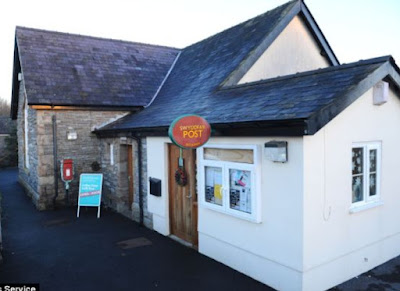 ... but the postal service is now also withdrawn. 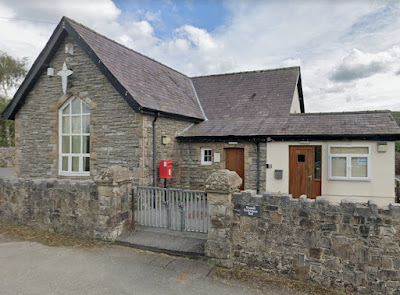 Back in the day, the Bethlehem post office was famous for hand stamping mail, notably that bearing the annual Christmas postage stamps. 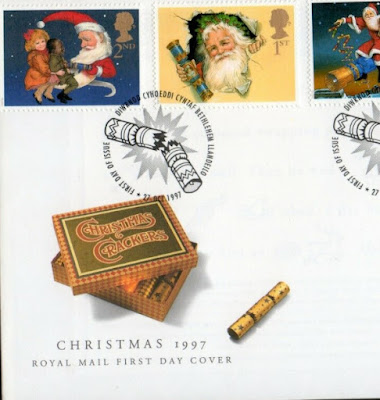 But the good news (possibly??) is that Blodwyn Jones, the caretaker of the village hall, has given the desperate couple permission to "doss down" on the floor; not overly comfortable, but dry and warmer than a hedgerow. Blodwyn works as a barmaid at the pub in Llangadog and there was simply no room at the Inn. But we are rushing on with our seasonal story.
Nevertheless, all Mary and Joe have to do is to get there. The bus stop is up by the Chapel in Nasareth and there seem to be plenty of services available. 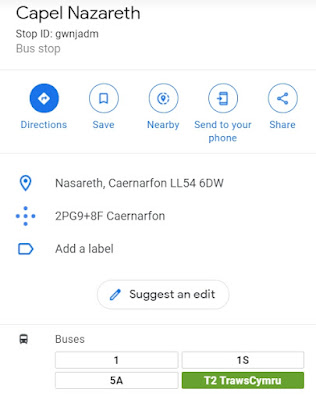 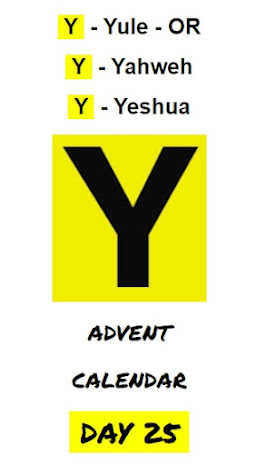 Much of our so-called traditional  Christmas owes its origin to the midwinter pagan festival of YULE. Obviously we can tuck into our Yule Log, but the boss of the festival was usually the "Green Man" ... 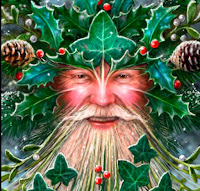 ... who later morphed into the "Father of Christmas", then Father Christmas ... 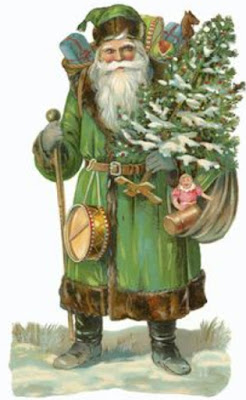 ... and yes, Father Christmas wire green not red!
The name God gave to himself during the encounter with Moses at the Burning Bush was YAHWEH which meant (roughly), "I am, I always was and I always will be", so it was the eternal God who stepped into our world at CHRISTmas!
The name of the Christ Child was not Jesus!
Jesus is the Latin or Greek version.
His name in Aramaic, the language he and his family spoke, was YESHUA which means, simply, God Saves. It is the same as Joshua and, in another Hebrew version, it appears as Isaiah. In their own way, they were ALL Saviours - but Yeshua ben Yusuf (son of Joseph) did the "proper job"!
And a CHRISTmas song ...
-o-o-o-o-o-o-o-o-o-o-o-o-o-o-o-o-o-
Wot about "Z"??
Next Mary and Joe blog : Sunday 26th December
Posted by fatbusbloke at 02:00