The big boy operator for buses in the Consett area was (and still is) Northern General, now Go Ahead North East. But, until 1970, when Go Ahead swallowed them, a much loved local operator, Venture, provided many of the useful services in the area. 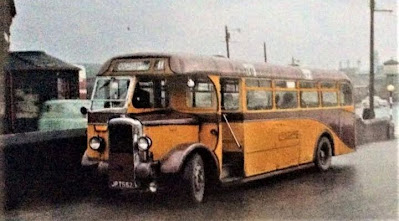 One feature of life in these industrial towns was trips to the seaside. Here is one such, loading at Consett ... 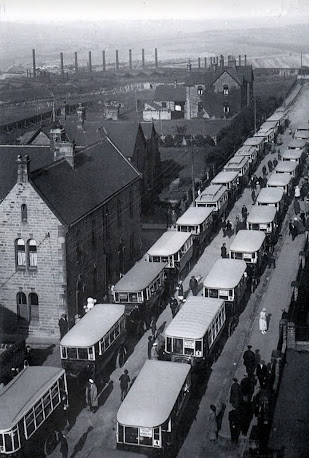 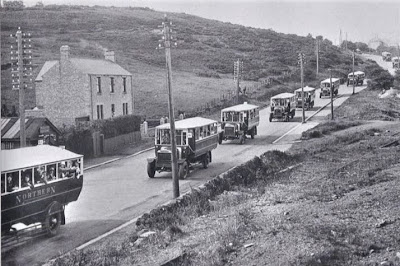 ... both with vehicles from Northern General.
Irrelevant memory No 237. fbb remembers his father (who had no familial connection with the North East), telling his little podgy offspring that Geordie for "go/gone for a paddle" was "gang plodge". This is confirmed by an on-line Geordie phrase book.
Geordie saying: plodge
Non Geordie translation:
to wade, paddle or splash in the shallows of the sea
Usage:
"Howay man, let's take the bairns plodging doon Cullercoats."
In the good old days, Consett bus station had its distinctive clock ... 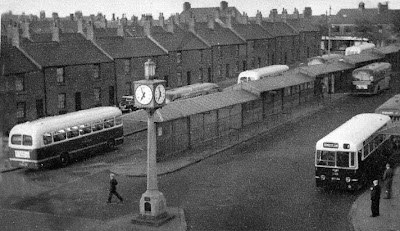 The old clock had run out of time ... 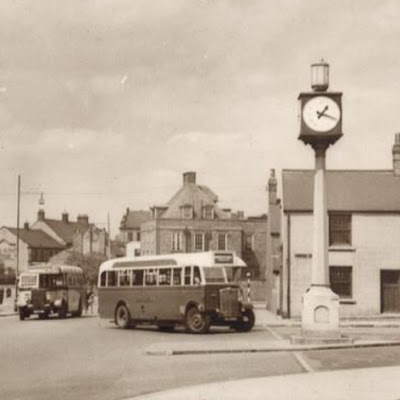 ... but, in 2018, a new clock arrived after much consideration and consultation. 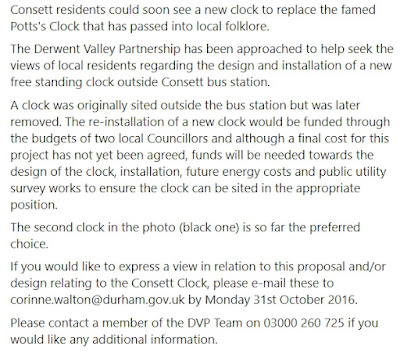 Here are the choices offered. 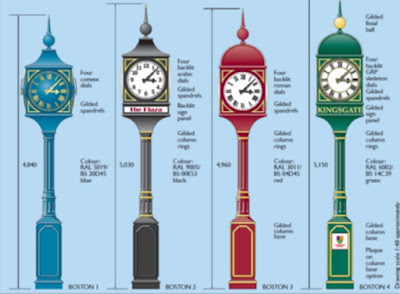 It looks as if the blue sample won in the end, but painted in a darker shade. 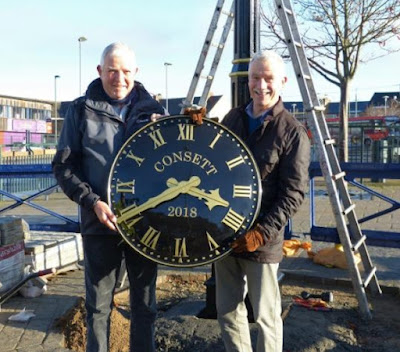 ... although not quite as distinctive as the old faithful! 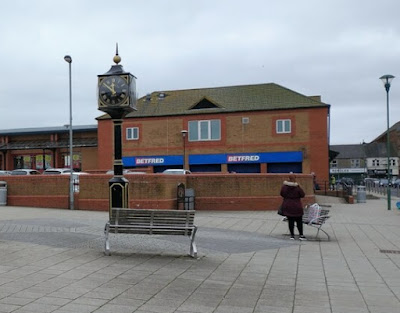 The new bus station is nose-in, reverse out ... 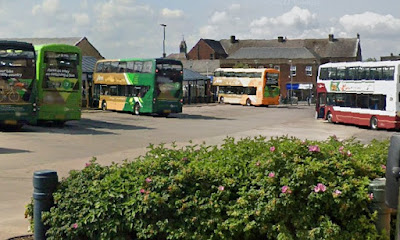 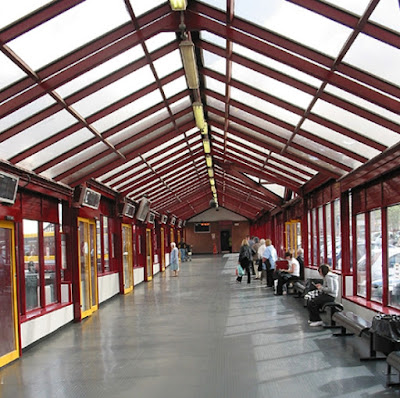 There is just one side to the platform now, but it is far more comfortable than the draughty versions in the "good old days". 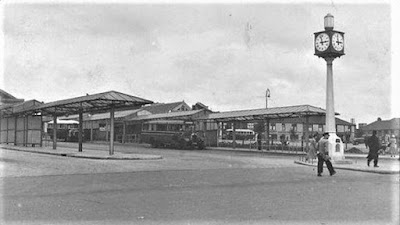 But what provoked this continued interest in the North East (it makes a change from Sheffield!) was this:-

And what a joy it is! We are so used to incorrect portrayals of the Nativity scene ... 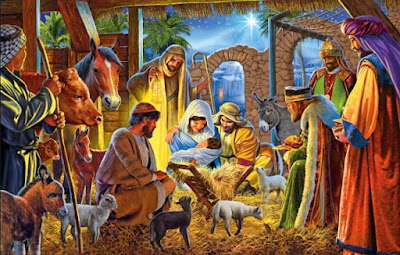 ... that we lose the point of it all. It becomes just a "pretty" amalgam of sentiment and misquoted Biblical message. The only intrusions into the joy of the birth of the baby were a few smelly shepherds. In the Bible and at the manger, there were no sheep, no horse, no cow (lowing or not), no star, no wise men/kings, no floating angels and no donkey.
Even if we bring the Magi forward in time by about two years (they came to the child in a house - see Matthew's gospel) almost all Christmases miss out on Anna and Simeon. 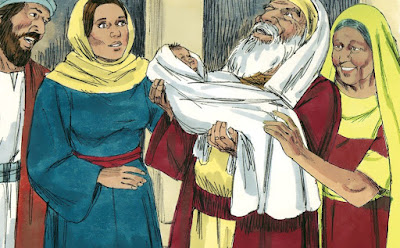 Jesus, aged 1 year, was taken to the Temple to be Dedicated (a Jewish ceremony and requirement of the Faith).
At that time there was a man named SIMEON living in Jerusalem. He was a good, God-fearing man and was waiting for SAVIOUR of Israel. The Holy Spirit was with him and had assured him that he would not die before he had seen the Lord's promised Messiah. Led by the Spirit, Simeon went into the Temple. When the parents brought the child Jesus into the Temple to do for him what the Law required, 28 Simeon took the child in his arms and gave thanks to God:
Luke's Gospel offers no explanation as to how or why Simeon recognised the little scrap as someone so special. But his words of welcome were both wonderful and weird.
Now, Lord, you have kept your promise,
and you may let your servant go in peace.
With my own eyes I have seen your salvation,
which you have prepared in the presence of all peoples:
A light to reveal your will to the Gentiles
and bring glory to your people Israel.
But he went on ...
Simeon said to Mary, “This child is chosen by God for the destruction and the salvation of many in Israel. He will be a sign from God which many people will speak against and so reveal their secret thoughts. And sorrow, like a sharp sword, will break your own heart.”
More SADNESS than Success?
-o-o-o-o-o-o-o-o-o-o-o-o-o-o-o-o-o-
Posted by fatbusbloke at 02:00