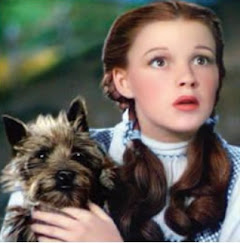 You are right, Dorothy; it really isn't Kansas! And was it not Toto who pulled away the green curtain, revealing the Wizard of Oz to be just some old codger, controlling things from his computer? Ot someting like that! 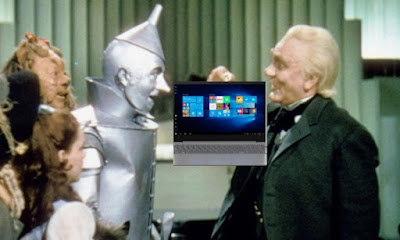 And they all lived happily ever after, except, perhaps the odd Wicked Witch of the West. 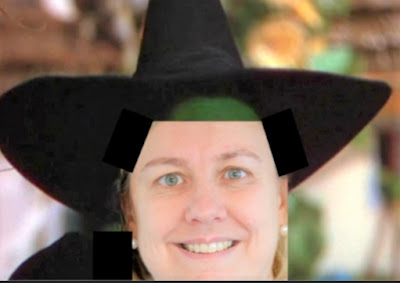 Of course young Janette, boss of First, is not the wicked green-faced charater so memorably played by Margaret Hamilton ... 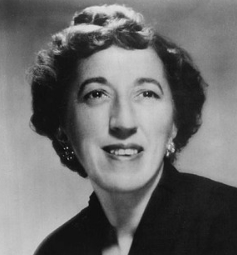 ... who was quite sweet really underneath her scary make-up. 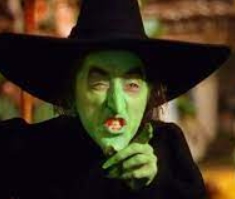 BUT - how well will First's super duper new fares scheme go down with the passengers?
It all kicks off on Monday, appropriately 13th December?

(Explanatory note for those dwelling south of the lune drawn between the Wash and the Bristol Channel. "Oop noorth" "take it easy" is pronounced more like "TICK it easy" - or so First would have you believe.) 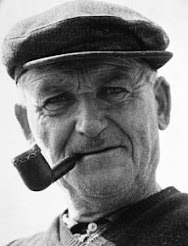 Ay oopp! Ecky thump! (etc.) The video is, linguistically, MUCH better! "TECK it easy" is better linguistically.And how does the "App" fit in with the new scheme?
First's web site will reveal all? Maybe?
On his Smart Phone (smart phone, unsmart user!!) fbb obediently prodded "find out more".
Aha! A simple little enquiry page which will guide the user to their correct fare. Goody! 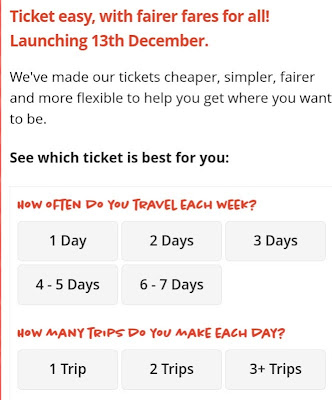 In passing, it doesn't tell you that you need a click to answer BOTH questions before anything happens, but perhaps that is obvious? 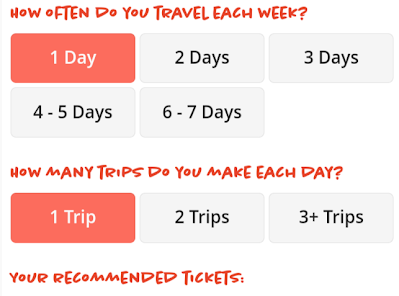 Back comes an answer. 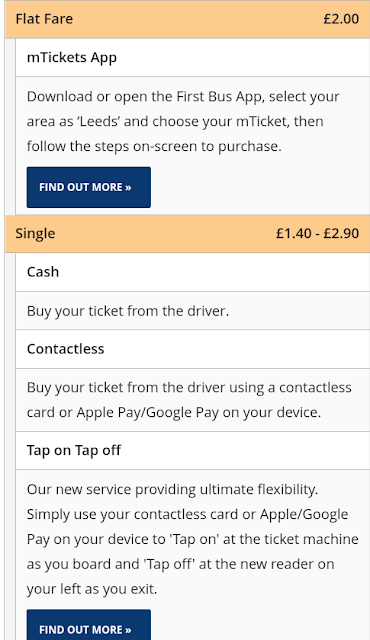 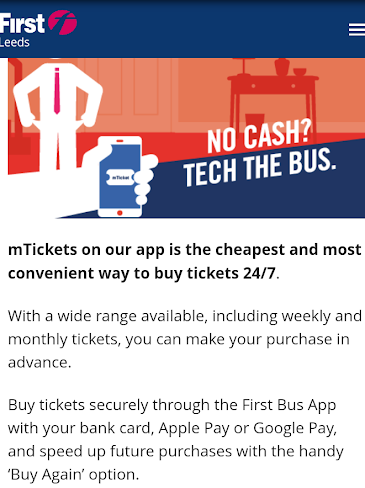 Nope, it doesn't tell. One thing is certain - the £2 flat fare is NOT the cheapest; if the paragraph on Single Tickets is to be believed.
Why would you pay a flat fare of £2 when you can buy a single ticket for £1.40?
There seems to be much confusion between the new system and the original App-based technology!
What of making TWO journeys in one day? Most  passengers will go and come back, surely? 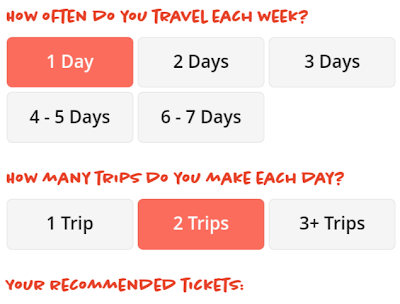 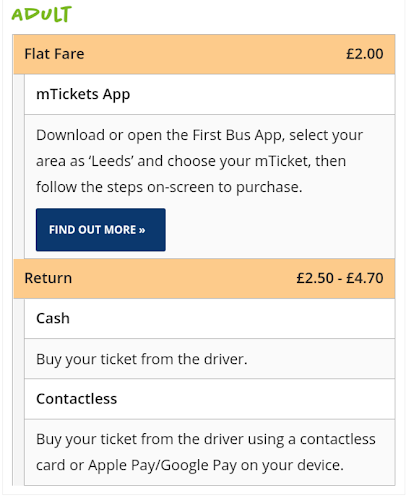 But 2 x £2 singles looks poor value when compared with a return of £2.50! But excellent value for a return of £4.70!
fbb guesses (but without on-screen authority!) that the flat fare is zonal - in this case only available in "Leeds" whilst the new ToTo fares will take you further.

In fact the new ToTo system is valid throughout the network, with no zonal boundaries. Wow, a return fare of £4.70 all the way from Huddersfield to Manchester? Fantastic! 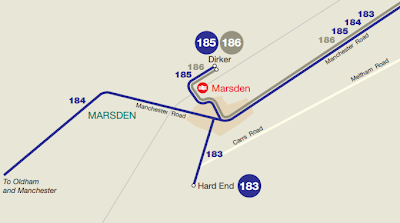 fbb wondered how long a ride it was for the £4.70 return. Sadly, First Huddersfield does not admit to a service 184 to Manchester.

Unfortunately the search term specified (184) cannot be found in our database. Please amend your search or view all timetable listings for Halifax, Calder Valley & Huddersfield. 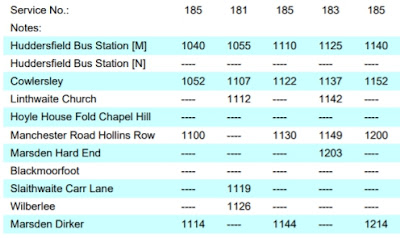 Alternatively, you can call Traveline on 0871 200 22 33 or visit www.traveline.info
Look, no 184!! Withdrawn? Map wrong? Route number changed? First Bus incompetence?
Our readers may well wonder which is the right answer.
All answers are, however, possible. But a quick glance at Metro (West Yorkshire) site produces a timetable. 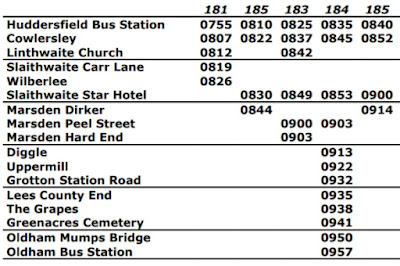 The 184 is shown as operated by First Manchester which is why Huddersfield does not know of its existence - except that First has pulled out of Manchester, so ...

But £4.70 for near THREE HOURS of a bus ride? Fantastic value!

Yet, it won't be, will it? The small print will tell you that these fares are only available within West Yorkshire. Unless, of course, First West Yorkshire has forgotten about the 184.

So far it all looks a bit of a mess.

Maybe the Wicked Witch of the West Yorkshire is at her fiendish worst? 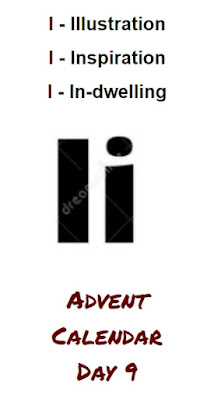 The Tabernacle, the portable church in the desert, became a building of stone under the Kingship of Solomon; but all the meaningful bits and pieces remained. When the early Christians built their churches they continued to do so in a traditional style. 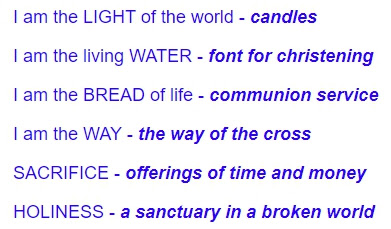 To a non-believer of course, these things can so often seem like mumbo jumbo, especially all the stuff in the Old Testament about building the Tabernacle and rules for the priests who looked after it. Don't feel left out, many Christians struggle as well.

But it is the principles that are important, not any particular set of practices.

These ILLUSTRATIONS are designed to INSPIRE and encourage us; to welcome the spirit of God to an IN-DWELLING in us. 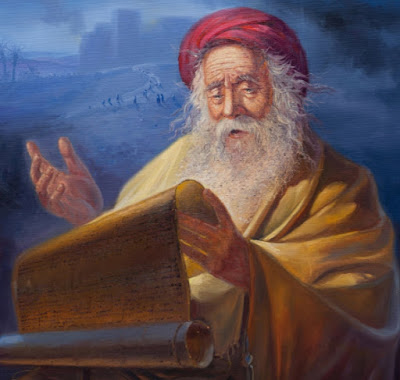 OK, nobody has the faintest idea what Jeremiah looked like, but the above offers a reasonable guess. It's what he wrote that matters!
God's plan, then, would be ...

The agreement that I will make with the people of Israel will be this: I will put my law within them and write it on their hearts. I will be their God, and they will be my people. All will know me, from the least to the greatest. I will forgive their sins and I will no longer remember their wrongs. I, the Lord, have spoken.

... and the IN-DWELLING became a real practical offer at CHRISTmas!