What Is An Interchange?

It would appear to be quite clear. An Interchange is a good place to change from one "Tube" line (now, according to the "Tube" map, from one TfL service) to another.

We can assume, although it is not stated anywhere, that changing from TfL Rail to National Rail is not defined as an "Interchange". Thanks to the non-integrated fares system, regulars will know that this involves leaving TfL territory by passing OUT through a "gateline" of ticket barriers then back IN via the "gateline" of the other system.

Here is the exit from Vauxhall South Western Railway station ... 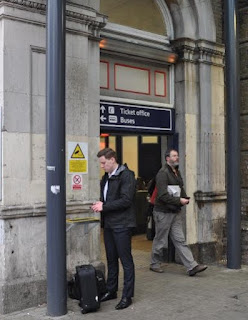 ... opposite which are steps to the separate Underground station ... 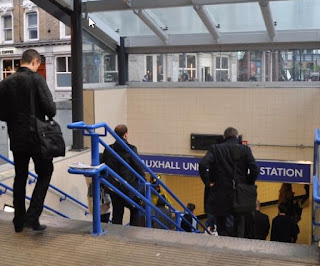 Elephant and Castle is worse.

Historically the two stations were not considered interchange-worthy and are situated today at opposite ends of a shopping centre.

But we should not expect interchange to be barrier and walk free between the two systems, should we?

But that's the way it is and we must cope with it, apparently.

We are all (mostly) familiar with treks through the tunnels when crossing from one Underground line to another. At Euston, for example ... 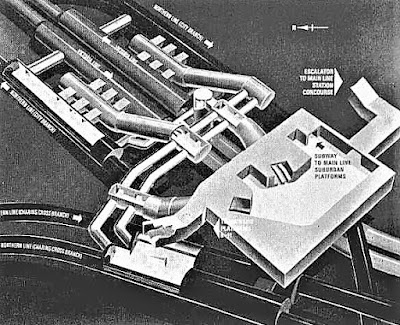 ... a fairly simple set of tunnels and escalators links the three lines together. Underground signposting is always good.

But why is Euston Square not part of the "interchange"? 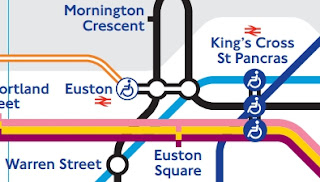 It never has been as it involves a short walk past the historic porticos  ... 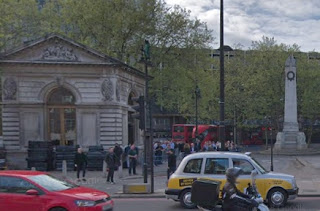 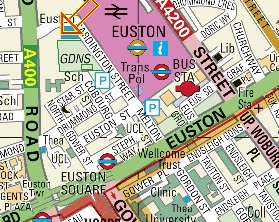 With HS2 we are promised a proper link.

The existing route is not much different from some of the walks between Underground entrances at nearby Kings Cross! 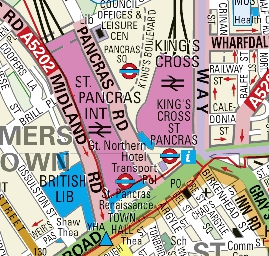 Perhaps Euston Square should be shown as a "walking" interchange. 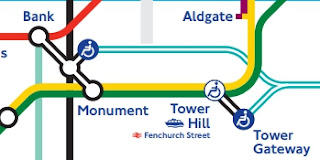 Tower Hill to Tower Gateway is a similar distance. You leave Tower Hill Station, walk along London Wall (footway behind tress left in the picture below)  ... 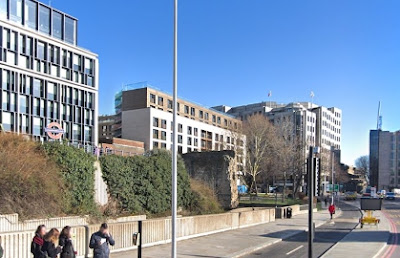 ... cross the busy Minories and enter the dome ... 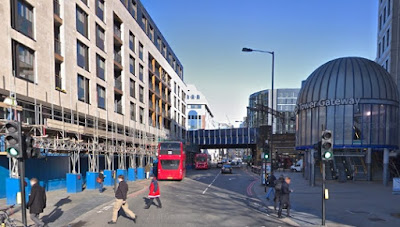 ... of the original historic terminus of the Docklands Light Railway - now much "heavier" than its original conception. No different in esseence from Euston to Euston Square. 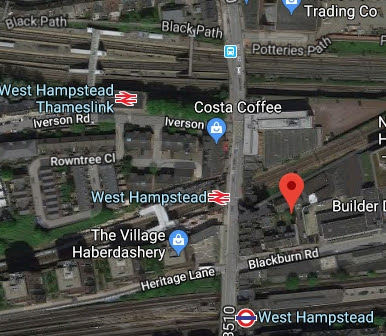 There is no affinity in names at Wanstead Park and Forest Gate. Between the two ... 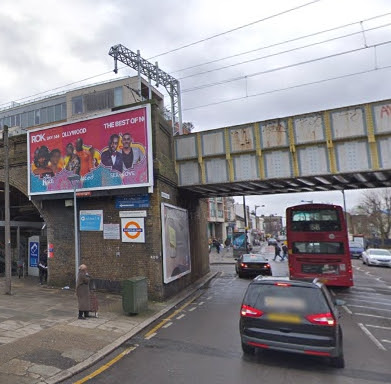 ... is a ⅓ mile walk along Woodgrange Road. 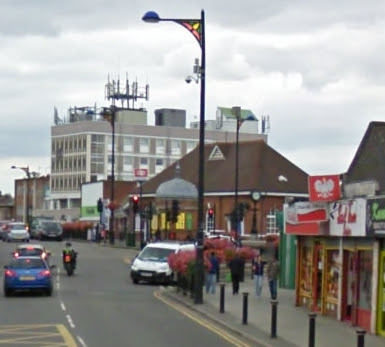 If Euston Square is no part of an interchange, then this isn't either. It really SHOULD be shown as an interchange "via streets". Maybe a dotted line with a walking man symbol instead of and interchange "dumbbell"

Hackney used to be a "pig".

It involves leaving "Downs" and walking via Dalston Lane and Amhurst Road ... 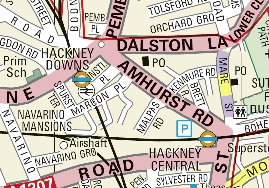 ... before creeping up a little back-alley entrance to Central. 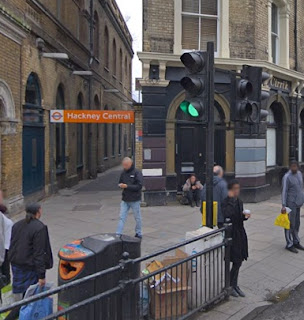 Once upon a time, however there was a high level walkway between the two ... 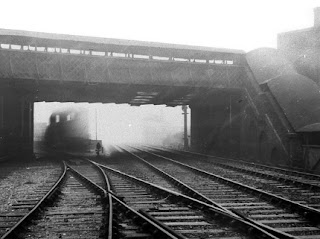 ... seen here bridging the tracks through Central. It was later demolished! This has now been replaced on a similar alignment by a brand new walkway. 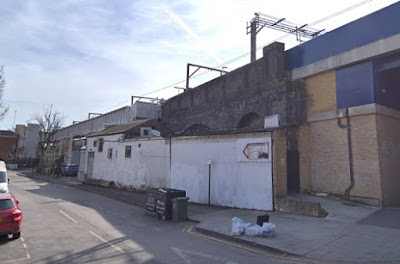 But it now has lifts as well. 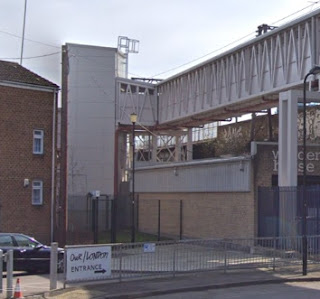 This has become an EXCELLENT and obvious interchange.

Can a troubled traveller Interchange at Heathrow? 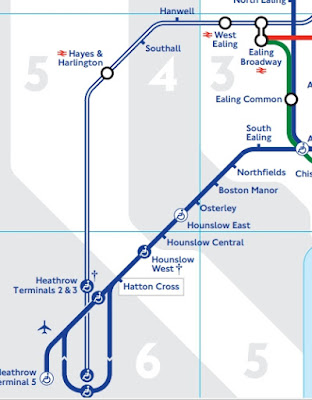 Apparently not with Crossrail/TfL Rail/The Elizabeth Line where stations are shown as bewilderingly separate from the Piccadilly.

How would our readers attempt to travel between Hounslow and Ealing? And what fare might they have to pay? 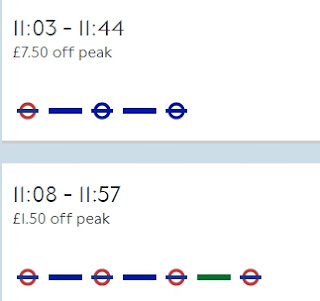 There is no doubt that a rethink in the quality of an "interchange" is long overdue.

Again something that might be predicated by a better "London Connections" type map showing TfL Rail AND the more frequent suburban services of the National Rail companies.

Will it ever happen?

Jezza wants to re-nationalise the "big" railways; but Tony promised the same many, many years ago and it did not happen. Yet, even with some form of re-nationalisation there would still remain a separate Transport for London.

It will be a courageous politician that sorts it all out!

A Matlock P.S.
As of 2200 last evening Stagecoach on-line was showing its own correct timetable ... 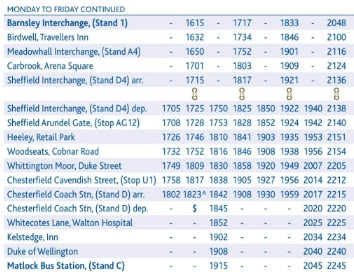 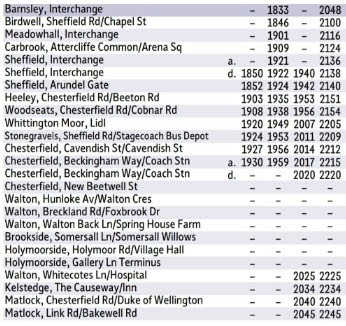 Roy managed to pick up an updated printed leaflet on Wednesday evening from an X17 bus. 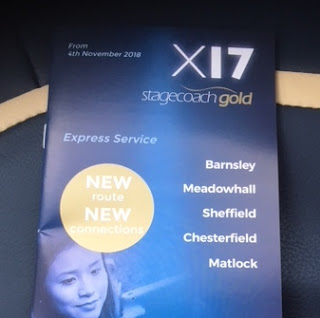 Traveline, however, was still useless. 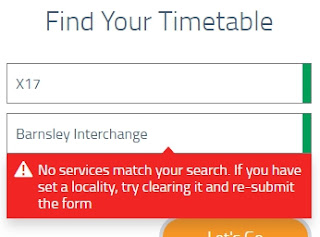 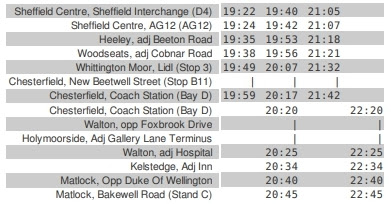