The Railway Runs Down The Middle Of the Street

Thanks to several correspondents who got in touch via fbb@xephos.com to remind the old man that there are several other places where real trains run down "normal" streets unimpeded by any "elf and safety" burdens.

One example is in Oakland California. 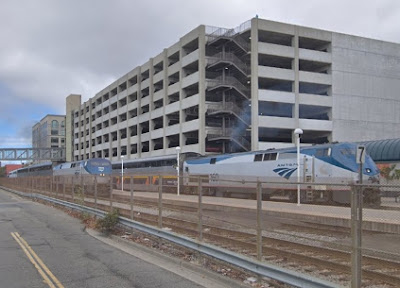 Whilst the "local" Bay Area Rapid Transit (BART) has veered off to the north, Amtrak (call them "inter city") trains trundle happily along Embarcadero (the road name) behind a metal barrier and a chain link fence. They call at Jack London Square Station ... 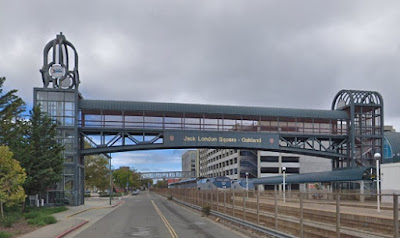 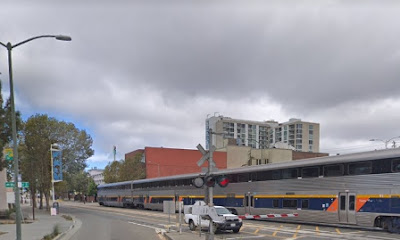 ... the barrier disappears and the railway does run down the middle of the street! 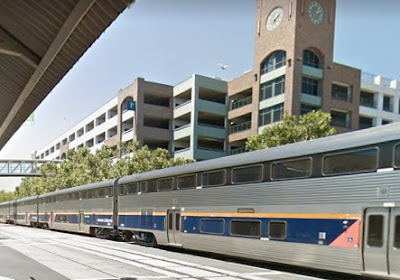 It is like a gurt big double decker very long tram! Later the road becomes more "industrial" and a minimalist barrier appears to separate "proper" track from road. 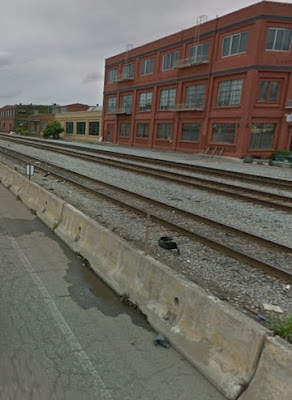 Then the road fizzles out and gives way to a former marshalling yard with the through lines curving off to the north. 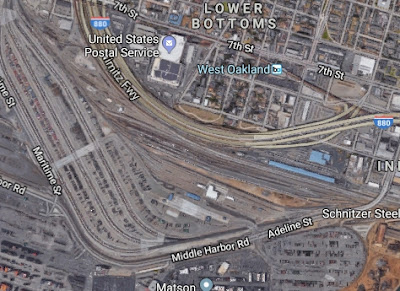 fbb reckons it could be disconcerting for a visitor, confidently expecting to see a tram, to be overtaken (?) by a full length double deck inter city express in the lane beside him.

Look At Us, We're Wonderful!
Northampton correspondent Alan was decidedly underwhelmed by the banner tacked to the fence at Northampton Station. From the lines new operating company ...

... it explained all the good things the company had done and was doing - soon. 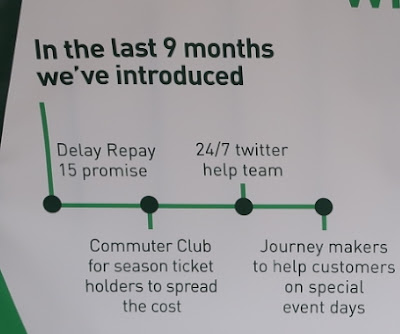 Yay. And in progress? 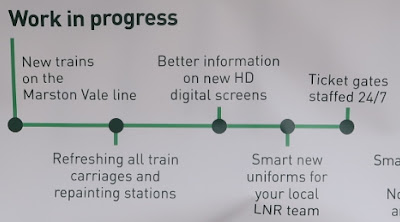 Apart from the lucky folk on the Bletchley to Bedford line who MIGHT get a reliable service with three ex underground trains ... 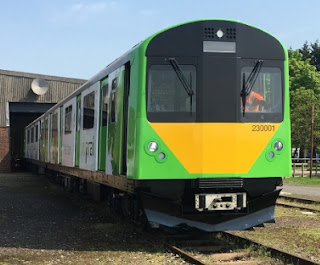 But it all happens with the December timetable change.

Better information screens are no good unless the information is better and Alan frequently reports that it is wrong or missing entirely, especially in times of disruption. 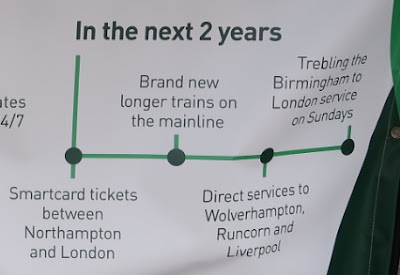 But he is promised change-for-the-better soon. The track record of the introduction of new trains elsewhere on the network is not very good so don't hold your breath for the two years!

Trebling the number of trains between Birmingham and London on Sundays ... 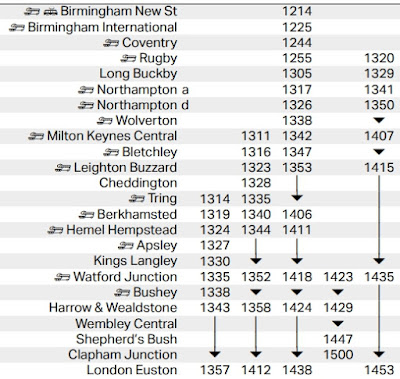 ... looks like starting the (e.g) 1311 from Milton Keynes and the 1320 from Rugby back from Brum, with no improvement further south. Maybe someone "out there" knows better.

Alan would like to see, amongst other things, an improvement to PRINTED information on disrupted days (especially Sundays). Just referring folk to the internet is not good enough.

Vivarail has today (30 October) informed London Northwestern Railway that there will be a delay in delivering the Class 230 units for the Marston Vale line. Both partners have worked tirelessly to bring the trains into service for the December timetable change as scheduled. However due to technical issues with the first train the knock-on effect means the three will not be ready in time.

Vivarail remains confident that the full fleet will be ready for service in the New Year and thanks London Northwestern Railway for their patience and help in resolving the few remaining problems.

Unreliable? - there is no "spare"!

LNW says, “The class 230 programme is an innovative scheme that will deliver many benefits to local rail users. We will continue to support Vivarail in bringing this new concept to the Marston Vale Line.”

Adrian Shooter, CEO of Vivarail, said, “My experience in the rail industry means I am fully aware of the problems that can occur when introducing new trains and that one unforeseen event can easily overturn months or even years of planning. That is the case here and at Vivarail we hold our hands up to that fact.

Star Wars Comes to Dubai!
Well disseminated via the on-line media, but perhaps missed by some blog readers who restrain themselves from too mush Social Media, is this. 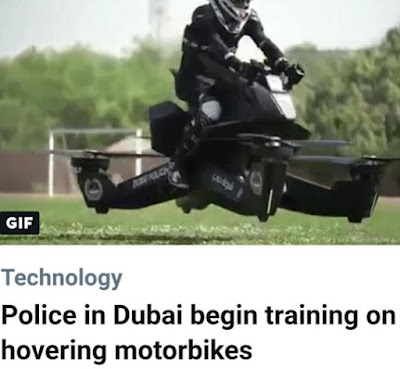 No. it is not 1st April and neither is it yet another film in the eternal Star Wars saga! 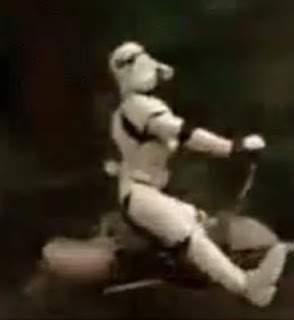 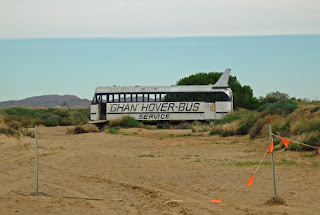 Or one of these? 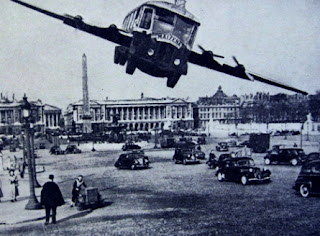 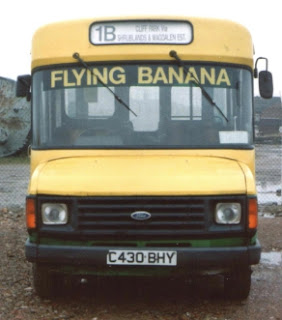 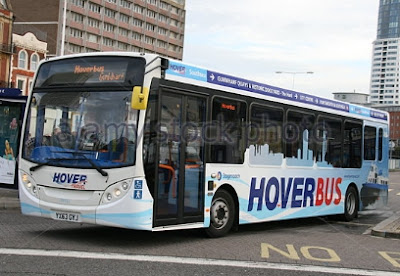 ... linking Portsmouth with the Southsea to Ryde Hovercraft.

Daddy, Can I Have A Trainset For Christmas?
For many of fbb's generation, their first entry into model railways was a Hornby O Gauge tinplate set, powered by good old clockwork; or "spring drive" as modern enthusiasts describe the motor. 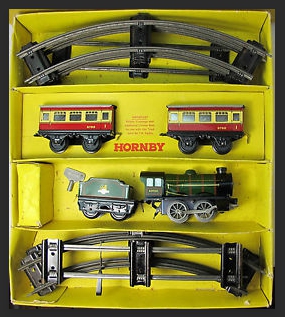 For many decades, however, O gauge models have been a specialist market. But in recent years more affordable (depending on your personal bank balance) ready-to-run models have been produced. But what about a "trainset" just like the good old days? 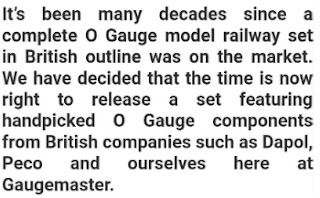 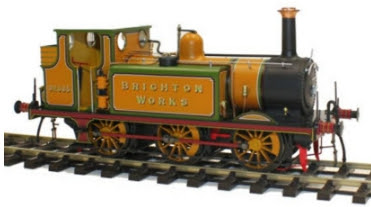 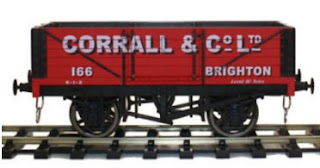 There is a controller ... 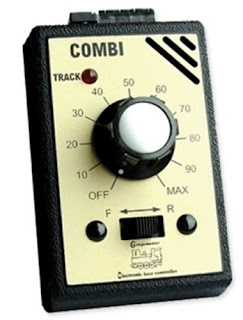 ... and (not illustrated) a transformer to plug into the mains.(Just like on fbb's model). Then there is a selection of track; straights, a turnout ... 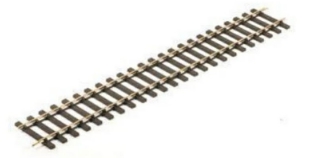 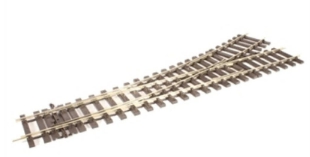 ... only one single solitary chunk of curve. That's what it says on the list. 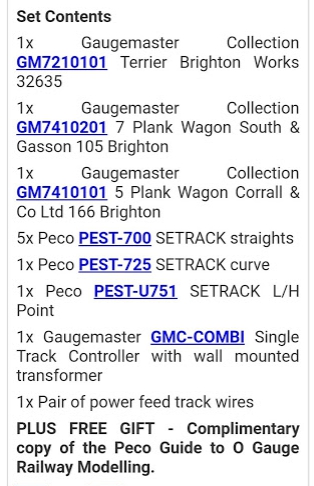 Odd - possibly a bludner in list writing as you need EIGHT curves to make a traditional "oval". 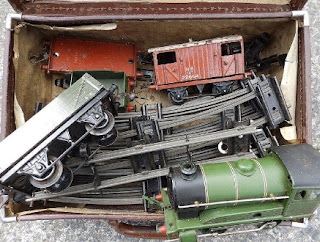 Without the "oval" it's not much of a trainset! 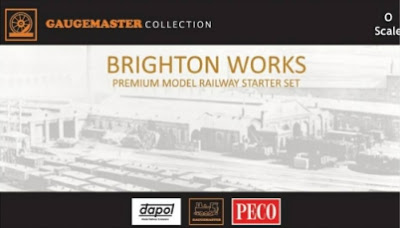 Actually, a real bargain for "O" gauge. You could easily pay that for not a lot more in "OO" or "N".

fbb has not even dropped hints as the increasing clutter in the attic and the unfinished modelling activity outside can cause "political" domestic concerns!!!