Remember a while ago fbb revealed that Notwork Rail were installing drinking fountains at their stations; but, to make their generosity seem even more beneficent, they called them ... 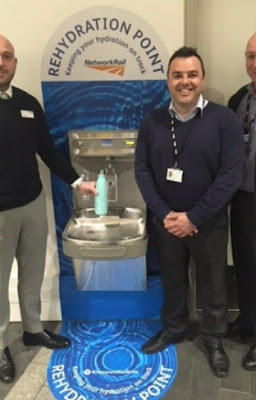 ... "hydration points". fbb used to take a guzzle from a "drinking fountain" when such things were readily available.

Encouragingly, the Scottish bit of Notwork Rail has realised that pomposity is not the best PR and has changed the name ... 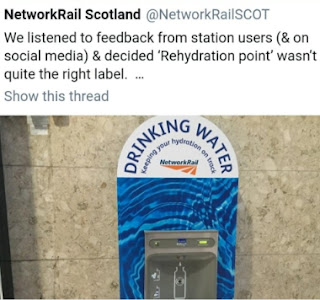 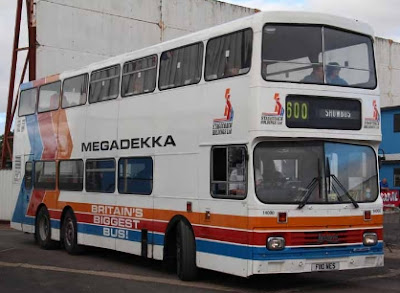 ... has recently been restored to its original condition and livery.

Going back further was Walsall's biggie ... 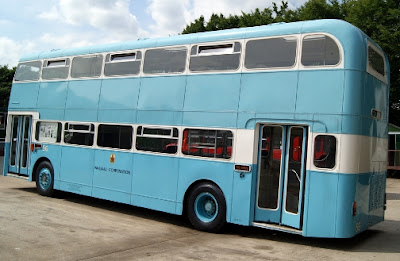 But what goes round comes round (as they say) and we welcome new buses for Edinburgh. 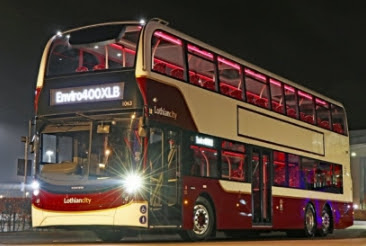 These monsters from ADL Ltd seat 110 and supposedly have room for 30 standees. Note, too that a centre door appears. these were common on urban routes in the 70s, but fell out of favour "on safety grounds" - except in London!

Claims for even bigger capacity usually imply few seats and loadsa standees; so below is a bus that claims to hold 234 tightly packed human sardines. 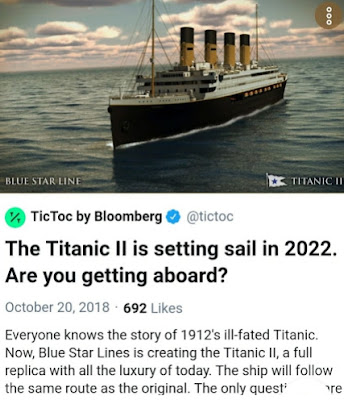 In view of the tragic demise of the original, you do wonder how popular the cruises will be; maybe with a health warning, "not for those of nervous disposition"!

Also on line appeared a telling picture. It shows the "enormous" (maybe even titanic) Titanic set against a modern cruise liner ... 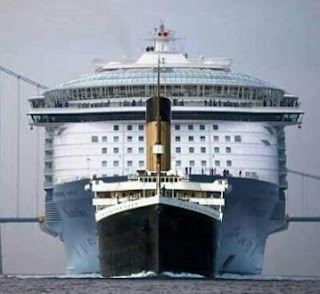 A Market Marketing Initiative
Where better to start your Christmas shopping than at the Chatsworth Christmas market? 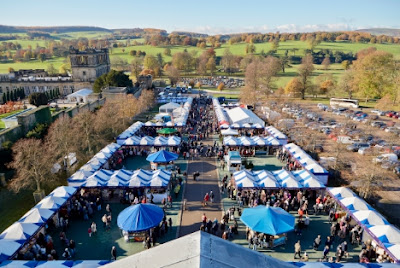 With over 100 market stalls offering a wide range of Christmas gifts and decorations, it's a great way to start the festive season. Enjoy a visit later in the day and experience the market at dusk with a magical feel. 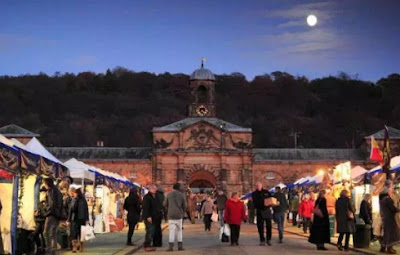 You can also explore our own exclusive ranges in the Chatsworth shops – the Orangery shop in the garden and the Stables shop in the Stables courtyard – with a wide range of home and fashion gifts, and lots of lovely stocking fillers.

In comes Midland Classic (of Burton Upon Trent) with a special bus service. 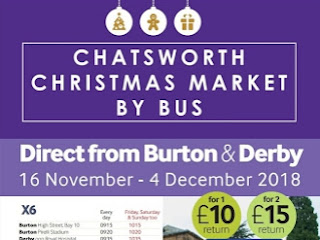 There are extra "short" workings at the weekend ... 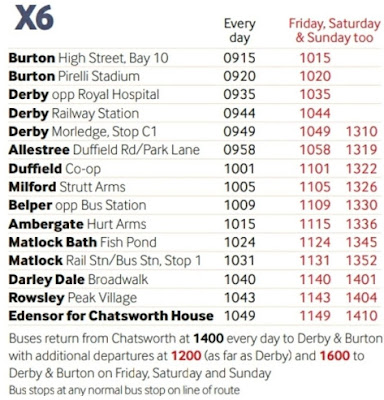 ... and, bonus, it is a proper registered bus service so your old fogeys card is valid. If any of his readers get to know how loadings are going, fbb would be interested to hear.

Meanwhile a "bah humbug" fbb can think of nothing more depressing than spending lots of time time spending lots of money mon "stocking fillers" to promote the commercial festival of XSmas. Modest and meaningful will be the old crusty's gift policy.

He prefers to celebrate the "official" birthday of the life-changing Son of God.

Another Christmas Gift Idea - But Hurry!
There are plenty of railway modellers who, without the stubby shaky digits with which fbb is blessed, like to make models in N gauge. At a scale of 2mm to the foot and a track gauge of 9mm the models are tiny.

BUT you can get a lot into a small space. 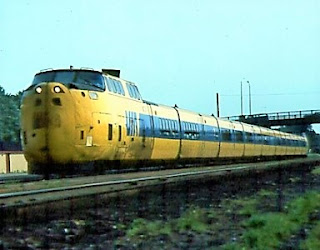 These iconic beauties evolved in the late sixties and some survived into the early years of the eighties. They came in a variety of lengths and the pod on the roof allowed a corridor (possibly a noisy one!) through the engine compartment to the next unit if, say, two fives were coupled together. 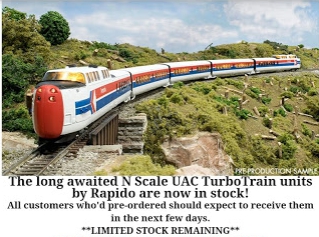 Rails of Sheffield are advertising the models but you do need to hurry. Rapido make their money by only starting production when they have pre-sold enough models to pay the bills. So most Turbos are already sold!

Of course, as with all Rapido stuff, they are exquisite models and come with a motor in the pod-car at both ends, plus incredible detail throughout. How much? 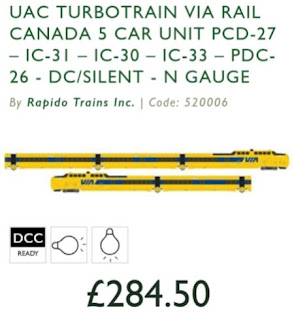 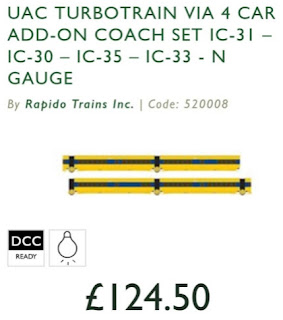 ... over a ton for the extra four (unpowered) cars to make your train up to the full consist of nine. That adds up to £409 and already includes a Rails discount.

Even at N gauge this is a long, long train and fbb reckons that most UK modellers will not have layouts big enough to do the train justice. But plenty of folk with plenty of disposable income will just buy the models for display.

But a very nice toy indeed!