In the oft remembered "good old days" (remembered but not always that good!), local corporation transport departments took pride in their services and vehicles and often provided shelters for their waiting customers.

Here at Hall Green in Birmingham ... 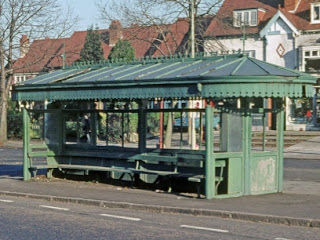 ... and in Brighton, splendid edifices remain. 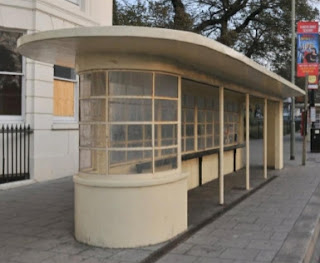 Even in fbb's former home town of Northampton, a couple remain. This one is in Kingsley on the Kettering Road and opposite the White Elephant pub. 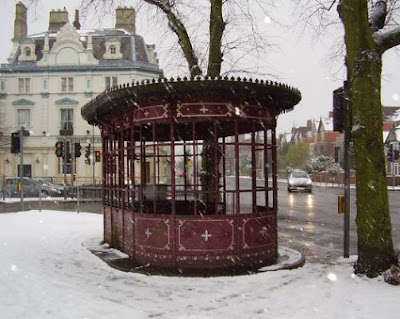 Most of these are no longer in use as bus stops but are preserved as examples of the municipal pride of days long gone.

If we go to Birmingham and to the suburb of Rednal ... 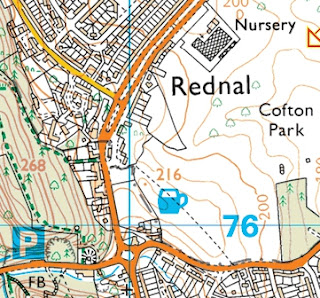 ... we are at the location of a former City tram terminus. 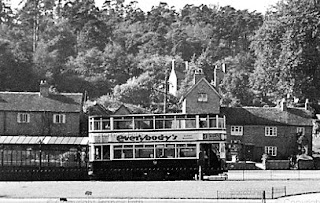 The housing has been rebuilt and the former extensive toilet facilities are now a Chinese Restaurant. 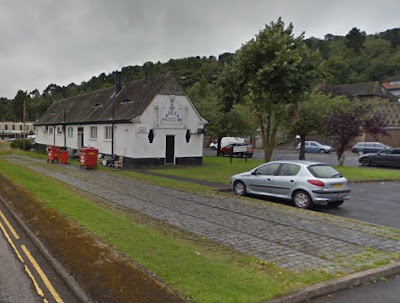 But preserved as if serving the litter bins, is a short piece of tram track. This was the Rednal tram terminus. 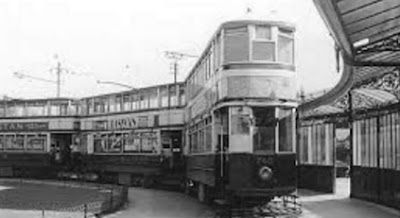 It had a vast array of shelterage seen below after closure ... 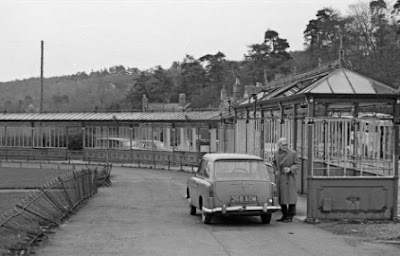 ... but before demolition. Why this opulence?

A few hundred yards south of the terminus you will find the Lickey Hills ... 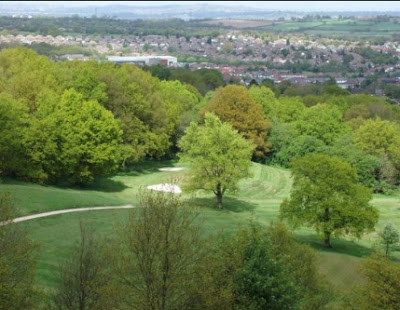 ... home of the celebrated Lickey Incline on the rail network. On a fine day droves of Brum residents would take the tram and stroll on the hills, enjoying the country air and some relaxation from their toil in the city's industrial quarters. Replacement buses used to be equally busy! 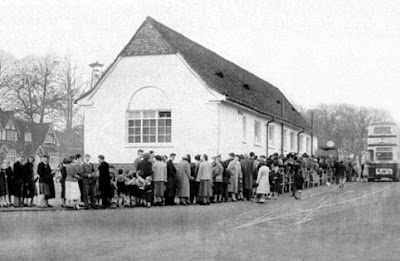 Does the former tram shelter win the prize for the biggest shelter at a single route terminus in the whole of the UK?

But here is something equally extensive. 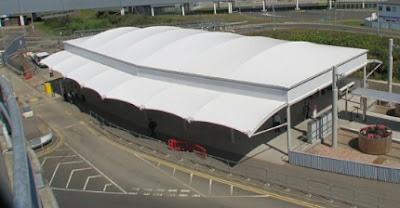 It, too, serves a single route and is located at the outer terminus.

When fbb last visited that terminus looked like this ... 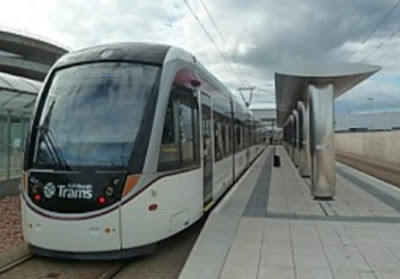 ... rather meagre when compared with Rednal! It is, of course, Edinburgh Airport.

Here is the view from inside. 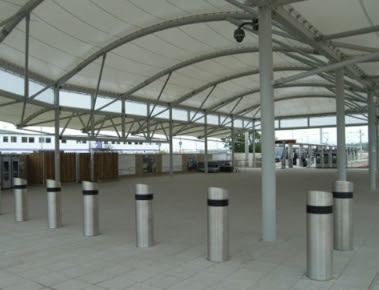 fbb is not aware of the reason for its hugeness, but huge it certainly is. Or was. It has recently (2016 - fbb is a bit late with the news!) gained a publicity office or tram lounge in the form of a tram "mock-up". 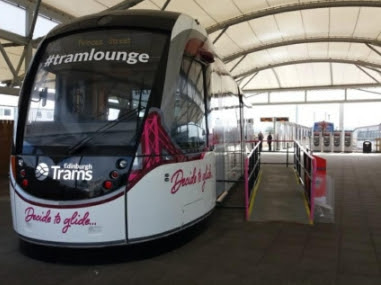 We’ve given a new lease of life to the former tam mock-up which was used during our project phase, by turning it into a special Information Lounge for our customers.

Now proudly situated on the plaza at Edinburgh Airport, it has become a popular point of interest for our customers. The Information Lounge offers information on onward travel, iPads, maps, ticket sales, waiting area and even free Wi-Fi.

We’ve also teamed up with Edinburgh Airport to use the lounge as a waiting area for customers who require special assistance to complete their journey by air.

The Information Lounge is open from 06:30-20:00, 7 days a week. Should you be passing when it is closed, the exterior of the lounge also provides all the information you need to complete your journey to the City Centre by tram.

A comment write responded to yesterday's post on the Bristol flat fare development by pointing out that Edinburgh has a flat fare.

The flat fare for MOST of the city's bus routes AND the tram is a modest £1.70. Until you want to go to the Airport. 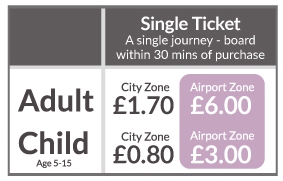 That's all the way to Ingliston Park and Ride, the last stop BEFORE the Airport, for £1.70 ...

When fbb was last in Edinburgh a year or two back you could catch an ordinary bus all the way to the airport for the flat fare. This was route 35. 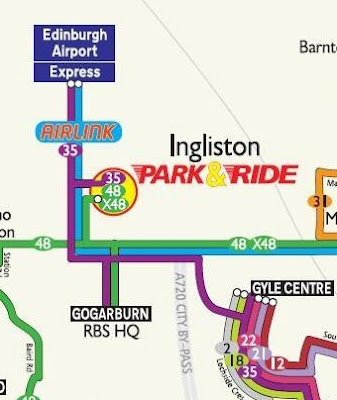 The dedicated Airlink route 100, however has always charged a premium rate.

Today, all three Skylink bus routes to the airport will sting you for that last stop or two. 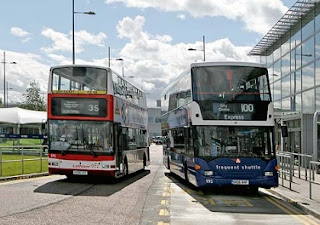 Now, whether you consider Edinburgh's Airport to be part of Edinburgh City is all about boundaries, present, historic and future. 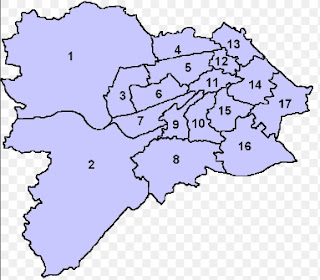 But whatever the academic opinion, the airport (in area 1 on the above map) is served by Edinburgh's city bus network and thus, arguably, makes that network not flat fare.

And thanks to the comment writer who suggested that, semantically, Stuttgart does NOT have a flat fare as it also offers its three-stop short hop ticket! But you know what fbb is getting at.