Dramatic Events In Bristol - No 1

A change from advertised ...

... with a detailed analysis of the recent problems that First has been facing. The article was accompanied by "on the spot" reports by Post reporters plus a selection of pictures. 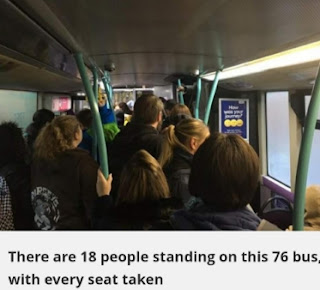 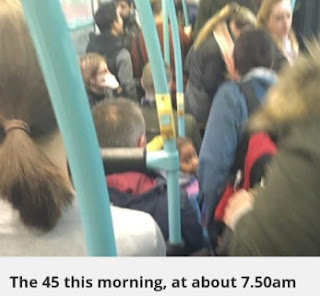 One illustration was a short video of a number 75 bus whizzing past a stop full of frustrated customers. 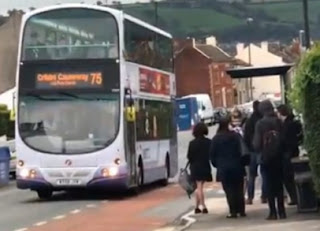 There is no reason to doubt that the reports were real and the problems are huge, although quite how the company can find itself 150 drivers short of full strength is less clear. Likewise, if there is a staff shortage one could ask whether it was wise to introduce the developments that have been an encouraging feature of the Bristol scene over the past few months.

Nevertheless, the reporting was fair, and boss James Freeman's contrite apology for his company's failings was both magnanimous and well received.

But The Post was also ready to challenge local politicians to take action on the appalling traffic congestion in the city. Not long ago the "excuse" was the road works associated with Metrobus, accompanied by an attitude of "it will be all right when it is finished."

Well, it is finished and it isn't all right.

One particular bête noir is the Temple Gate roundabout. The paper showed a stock picture of the roadworks sign ... 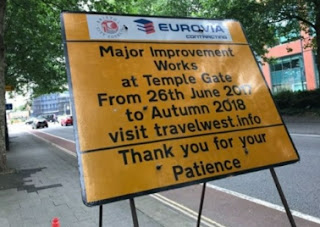 ... which implies it should be finished about now.

Ongoing Restrictions and changes to access. Work on the Temple Gate scheme will run from 26 June 2017 until Autumn 2019.

In another article, The Post reports that boss James spent a shift driving one of his own buses, passing through the Temple Gate system on several occasions. Fortunately his actual description was not printed, but there was no doubt that the boss understands his staff's problems and frustrations.

So what is causing this grief. The Temple Gate area was once the site of Bristol's celebrated "Meccano" re-usable flyover. 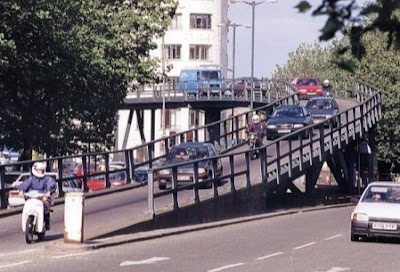 The route taken by that contraption will cease to exist when the new scheme is finished.

Here is the current road layout map and aerial view. 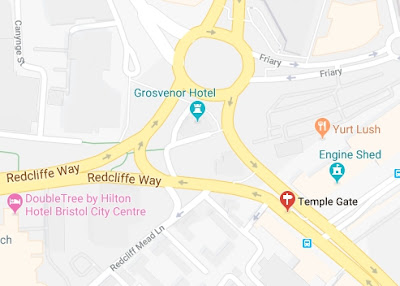 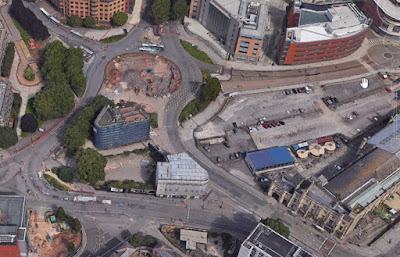 The chunk of road between Redcliffe Way and the roundabout ceases to exist. Here is a CGI of thre new scheme. 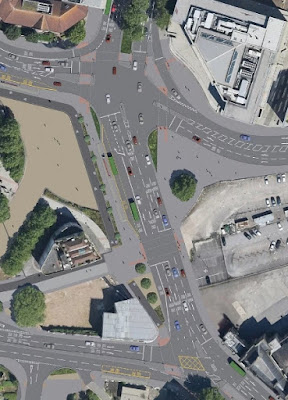 A large paved area replaces the bit that used to carry the flyover. the main Temple Gate roundabout then becomes a traffic light controlled crosswords. Below is the essence of the new scheme. 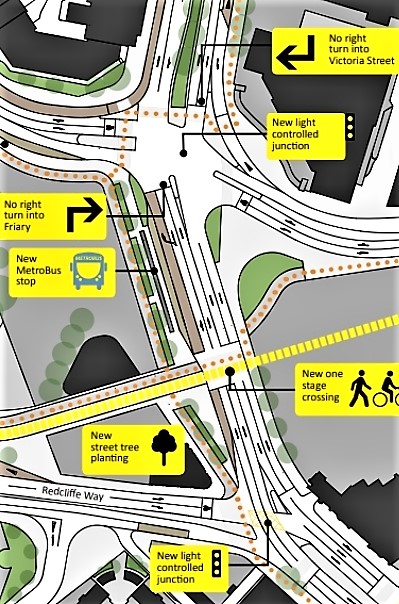 We were told that once the roadworks were complete, inbound Metrobus services would call at Temple Meads Station. The stop is shown with a grey bus centre left above. Closer to the station than now, but hardly actually "serving".

Existing bus stops are at the foot of a long station approach but the new Metrobus will call at a layby and shelter well beyond the cream coloured building past the tree; much further away.

And what of the existing stops (above left)? They will be removed and be sited elsewhere.

Will they share the Metrobus layby? Or will they be even further away from the station; say at "New Shelter" on Victoria Street? 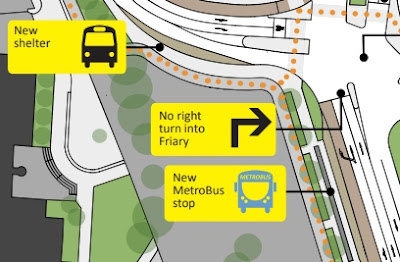 The other question, of course, is will it work? Anti clockwise ring road traffic will have an extra set of lights near the station approach; and the exit from the former roundabout past the station will be slower.

Will this scheme merely more the congestion to somewhere else? That is what usually happens.

Oh, yes, fbb nearly forgot. The Metrobus "network" was chosen as cheaper than a tram system and; look what that money bought for the Bristolians.

A pathetic, potty, pricey and pointless partly guided busway Park and Ride and an expensive buses only motorway junction which is banned to all but a few of the buses that might wish to use it.

Metrobus may be cheaper than a tram, but value for money it certainly isn't.

But partly hidden to the parts of the media (and to outside observers?) is another dramatic change to public transport in Bristol which took place last Sunday, 11th November.


-o-o-o-o-o-o-o-o-o-o-o-
Preparation For Winter?
Each year we are told that the railways in the UK are better prepared for the ravages of winter weather than ever before - but each year things happen in the meteorological world that come as a great surprise to railway managers.

An advertisement popped through fbb's electronic letterbox recently for one of these. 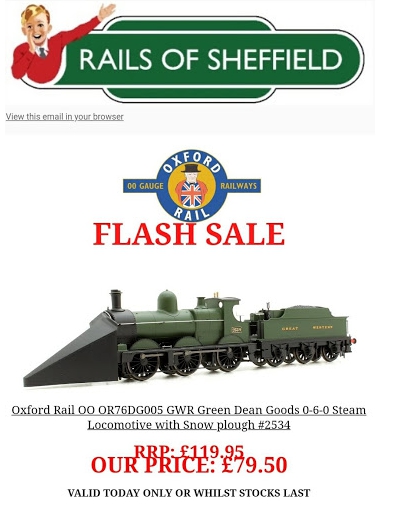 A reduction of about ⅓ on the list price seems a real bargain and an ideal preparation if things are as bad in fbb's backyard as they were last winter. 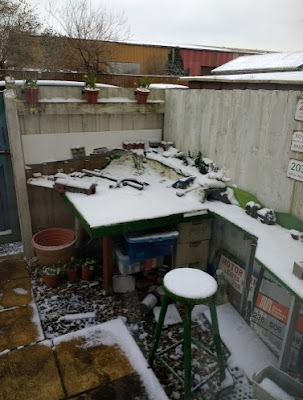 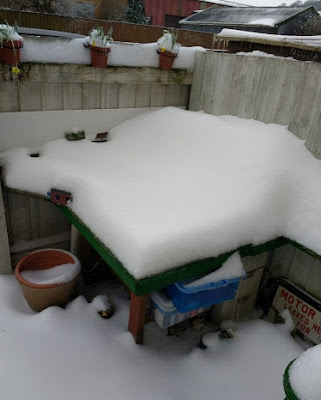 The loco is a Dean Goods, named after its designer William Dean.

The Great Western Railway (GWR) 2301 Class or Dean Goods Class is a class of British 0-6-0 steam locomotives. Swindon railway works built 260 of these goods locomotives between 1883 and 1899 to a design of William Dean.

The snow plough is a real accurate model although it does look a bit fake on the model and in real life. 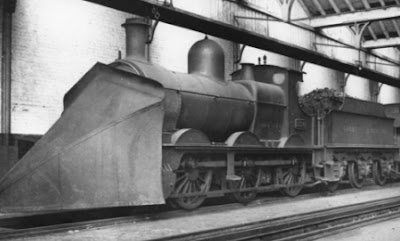