Suffering From The Wind

fbb's little model railway survives quite well outdoors; track needs a thorough clean before an operating session but things survive quite well. Resin (plastic) ready-made ready coloured buildings are expensive but indestructible. For some reason, however, the paint used fades in the sunlight. 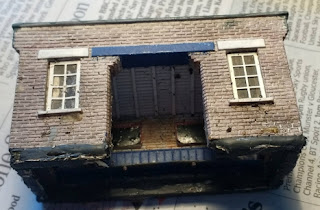 This used to be red brick. But a quick slosh of Humbrol matt enamel sorts it out ... 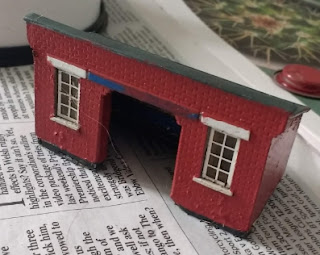 ... with a wash of light grey to tone the red back down a tad and to suggest mortar. 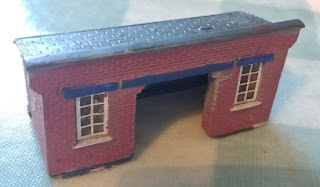 The model came in a set with a miscellaneous hut ... 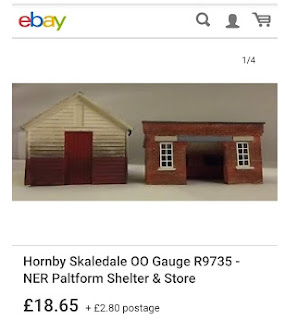 ...and at various prices. 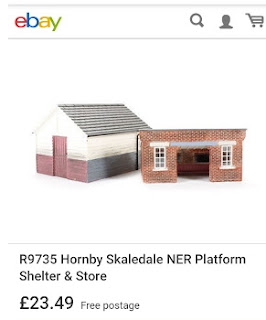 But look how low the opening is, compared with the door on the hut - unacceptably low by today's safety standards and, fbb suggests, unacceptably low way back when. The model is just too small. Which is why he added an extra plinth in grotty, oily black.

But tragedy struck the Peterville station a few days ago. The problem is wind. Swirling gusts can remove light models from the layout and cast them downwards. Usually they come to no harm, but a few days ago fbb was heartbroken.

A couple of years ago he bought (dead cheap) a vintage Triang R62 waiting room, dating from the  late 1950s. 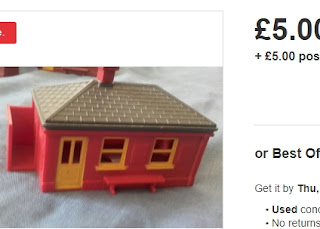 The red ones are very rare; the colour later changed to a reddish brown.

He repainted it to match his railway's colour scheme ... 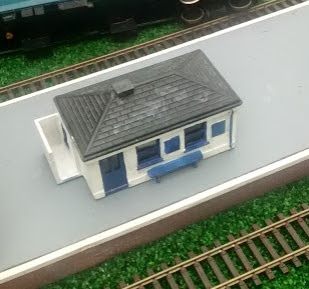 ... fitted "glass" to the windows and even "frosted glass" in the convenience. It was very sweet. But in a swirly gust it blew off the layout and under the gate and under the car.

fbb realised when he heard a crunch from the front wheel and, weePing, he looked at the utter destruction.

Replacements are either farcically expensive ... 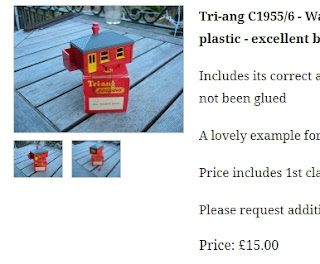 ... from "collectors" sites or on offer as an EBay auction - too terrifying for fbb. He tried bidding for one initially priced at £2. Then a few minuted before bidding was due to end, a competitor joined in. fbb's final bid (of £3.40 plus £2.95 postage) missed the deadline). The next closed in price was at a starting price of £5 plus £5 postage (as illustrated above). Too "ouch" to bother.

So if any blog reader has one such in an old toy box, condition immaterial as long as it isn't warped) fbb would be interested in purchasing same for a few quid plus postage. Offers to fbb@xephos.com 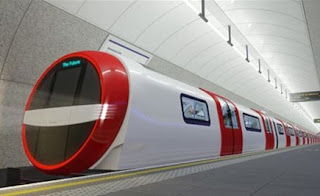 It was a design for the "next generation" of London's deep level Underground trains. fbb though it look a bit like a Doctor Who monster, about top suck up the passengers and turn them into food for the aliens. This was an alternative ... 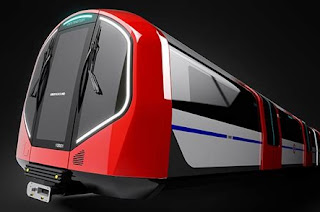 ... which looked more like a train. The latest artists' impression of new trains for the Piccadilly line look much happier ... 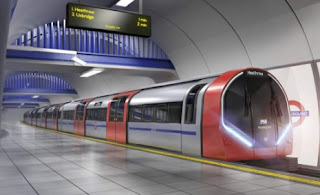 ... in a station setting. Looking forward to them, announced as being "walk through" and, at last, with full air conditioning.

The above arrived unannounced and is passed on as is because comment is superfluous. But you can understand why people still hanker after steam.

Leicester Heritage
Here is a picture of the first station on the Midland line at Leicester. 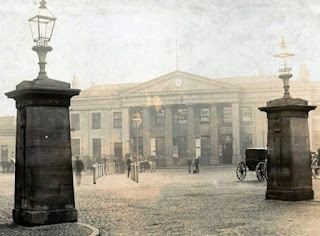 It was known locally as "Campbell Street" after a road which now leads to the Station Car Park. 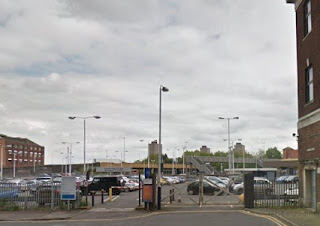 A small block away is Station Street ... 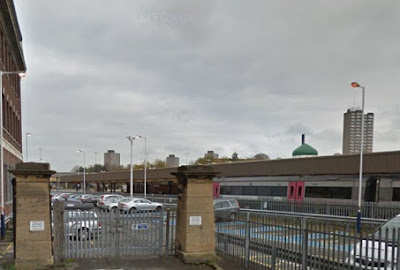 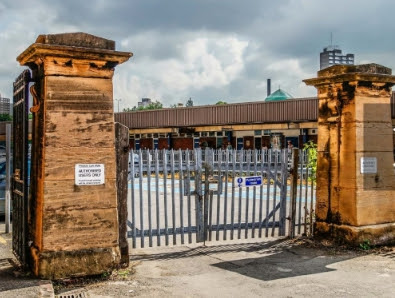 ... are those original but resited gate posts. Can we have the lamps back on the top, please?

Hotwells Heritage
Many will know of Bristol's Clifton Rocks railway, a funicular in tunnel which linked Hotwells Road on the banks of the Avon with Clifton up above. A preservation society has worked hard to stabilise what remains, notably at the upper station ... 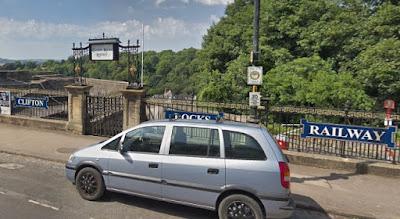 ... but at the bottom level things are very sad. 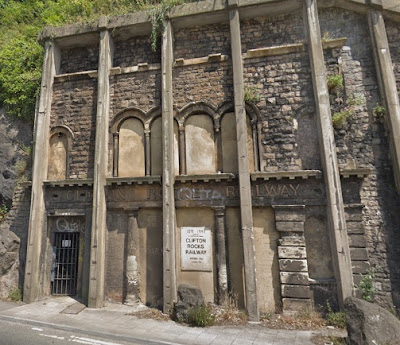 The frontage is now held up by concrete beams and it is hard to see anybody enjoying its pleasures for real. But enjoy them they did ones - in droves. 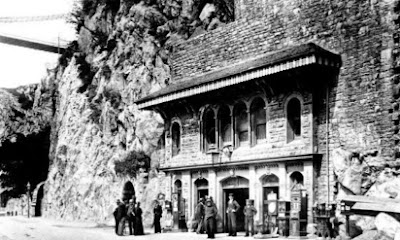 You could weigh yourself, purchase goodies from slot machines ... 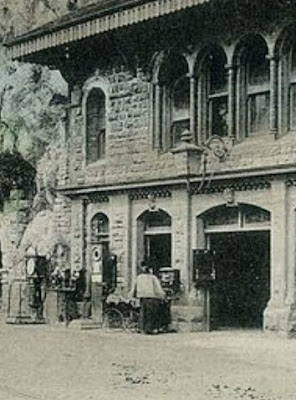 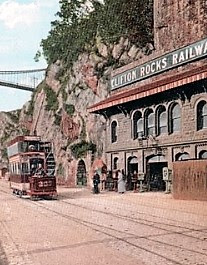 ... or use the steep but magnificent footpaths to climb back up to the suspension bridge. 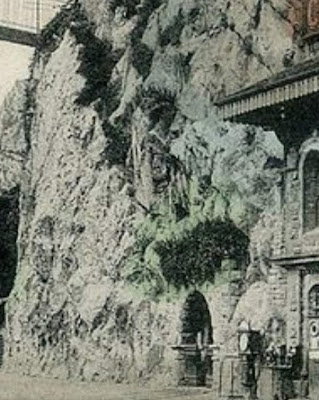 All you could "enjoy" today is a feast of diesel fumes from the fast moving traffic on the A4! 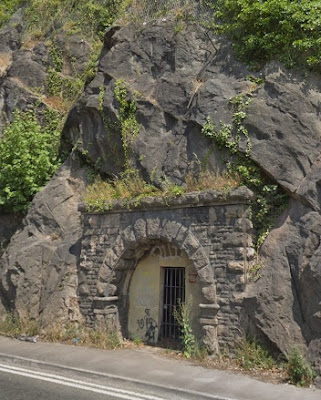 Even the footpath is blocked off and gated.

The Second Coming Has Come
As a keen Christian fbb is encouraged by his Bible to be "ready" for the eventual return of Christ, whether that be in his lifetime of after his demise. Equally he is exhorted not to speculate because, " no one knows the day or the hour".

The old man was thus surprised to find this on-line.

It didn't seem to make it onto the BBC news!

Sadly, this was not the prophesied Parousia but ...

... a message from an Uber driver.

Tomorrow; the Mystery of the Missing Timetable (unless it's turned up by them!


Next Stagecoach blog : Monday 5th November
Posted by fatbusbloke at 02:00