fbb is occasionally called upon to give stunningly interesting (?) illustrated talks to groups of "mature" folk at their regular weekly meetings. Recent topics have included bridges, tunnels, tall buildings and sub atomic physics (really!), the latter being disguised under the innocuous title "What are we made of?"

Understandably, the elderly audience failed to grasp the concept of the Calabi-Yau manifold ...

The most recent peroration was all about lifts and escalators, hence today's blog title.

When fbb was taken to London by a doting maiden aunt, he was captivated by the Underground and remembers parting advice from dad, "Whatever you do, always stand on the right." Auntie was not aware of this mantra and had to be guided by your youthful pre-blogger. 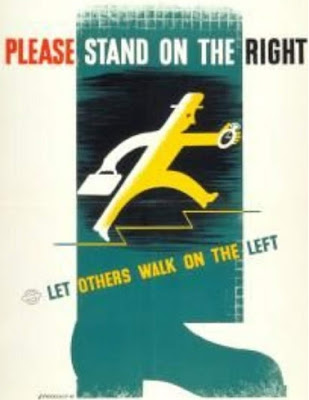 ... with some in cartoon style. 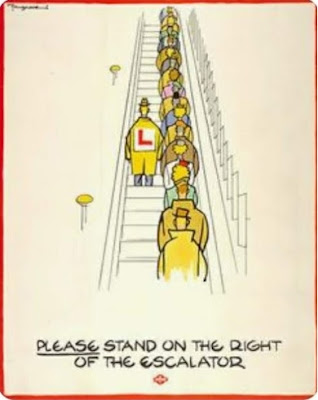 Other examples were more prosaic! 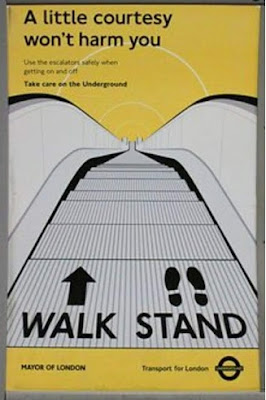 Such posted delights no longer appear on the walls of today's more sanitised system. 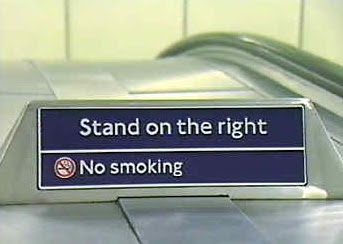 Some modern versions are quite aggressive! 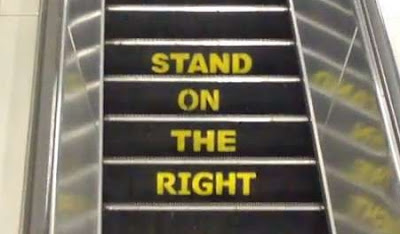 But such edicts are now under threat from science. London Underground has done some experiments and discovered that ... 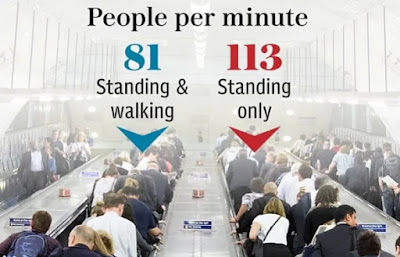 ... and escalator can carry MORE people if everybody were to stand. Shock horror! The ravens will desert the tower of London at such earth shattering news.

But please do not panic too much. It all depends on the length of the escalator AND, whilst more people can be moved, the walkers/sprinters will rise more slowly and possibly miss their connection.

It looks as if the mantra will remain at most stations. 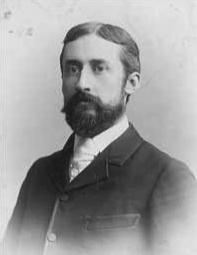 ... is often credited with "inventing" the escalator. But he didn't! Several patents predated his designs but, as far as escalatorologists can tell, none of them was ever built. But the dapper Jesse W Reno gets the fbb vote.

His first effort rose to a  astounding height of seven feet (gasp!) and was a fairground ride at Coney Island USA. 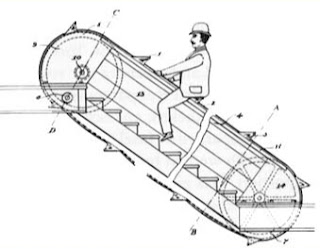 The steps did not move; the rider sat on one of a chain of saddles which lifted the client's posterior to the top of the short incline. A longer version was later built, again at Coney Island. 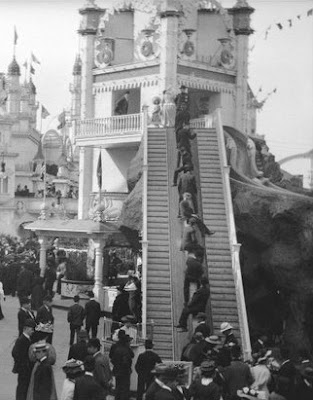 You had to pay for the dubious privilege. 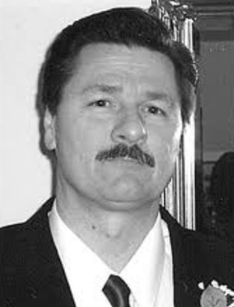 ... but, eventually, all the various designs and patents were bought out by the Otis company, equally famed for its lifts. Early version still lacked steps, however, and were simply powered ramps with nobbles on them to stop the riders from sliding back down (on the up) or sliding cataclysmically to the bottom  (on their bottom?) as they descended. 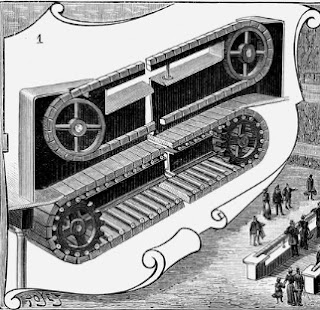 A sketch of one such in operation accompanies the working diagram above. 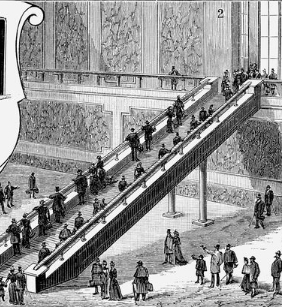 The slope was, not surprisingly, much more gentle than a modern stepped escalator; as  illustrated by the first in a store in the UK - at Harrods, of course. 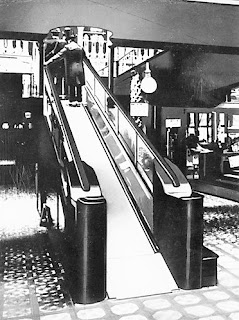 Tomorrow, we bring the story "up" to date.

Going WHERE?
But, meanwhile - a picture from Alan (taken at Northampton station). 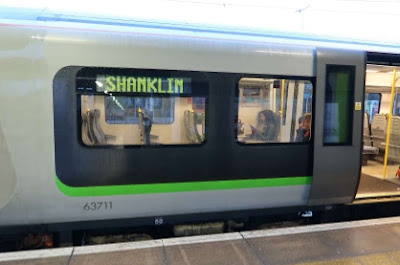 Alan muses that you might be able to fit the train with third rail electric gubbins to get it to Portsmouth Harbour, but there isn't really enough room on the ferry ... 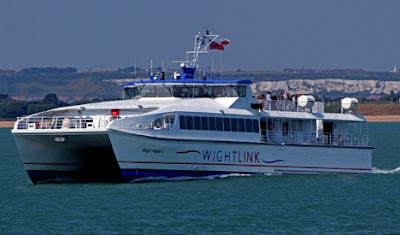 ... and the coaches are too long to go round the corners in the Ryde tunnel! 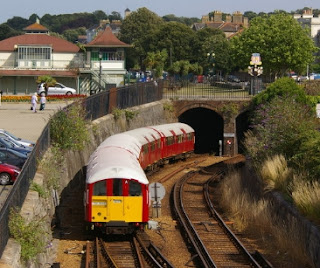 As we are repeatedly told when they malfunction, on-board staff have no control over these displays so ...

Presumably some "wag" in the computer department was having a bit of a laugh?