A batch of old London Underground posters dropped, unsolicited, into fbb's usually quiet in box. Scrolling through, there were several weather related artistic delights - all dating, fbb would guess, from the 1920s and 1930s.

The place to avoid the deep, deep snows of a London Winter ... 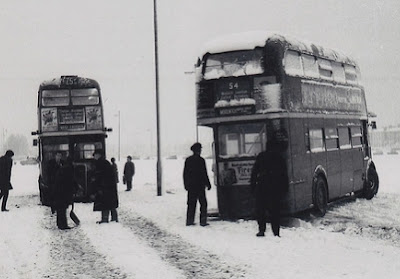 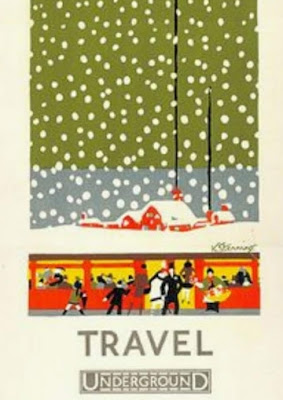 Likewise, when it rains. 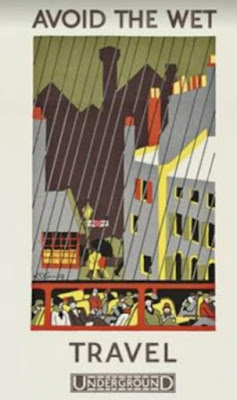 Even fbb can remember London smogs, reported (maybe gleefully) in the Northampton press. 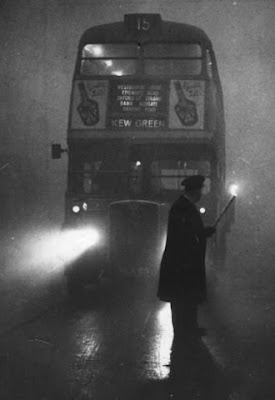 Assuming you could find it, your nearest Underground Station would be bright and cheery. 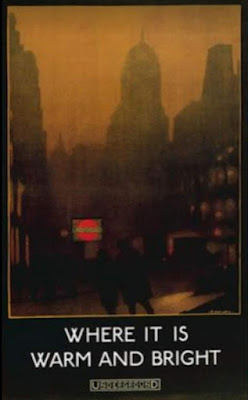 And when it is just plain freezing the wheelnuts off ... 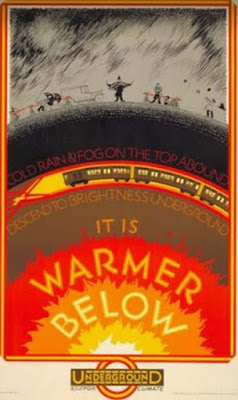 But, from sweaty personal experience, fbb might not be convinced by this next one! 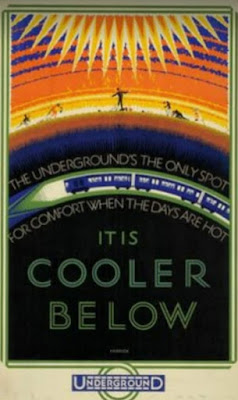 Until the new air-con tube trains materialise, things are pretty grim down below when it's hot up above. At least someone from Transport for London has an (un)sympathetic sense of humour. 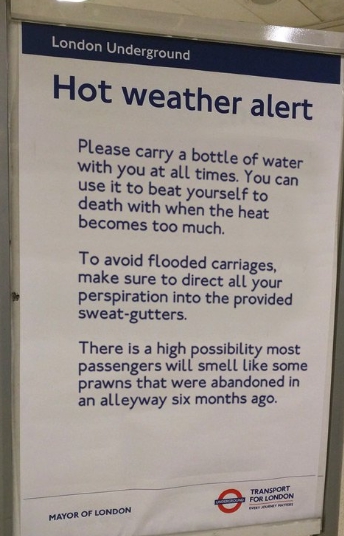 Signal Box Success (Not Quite)
fbb's cheap and cheerful interior assemblage progresses fairly well. The comb levers are not good - too close together and impossible to paint properly ... 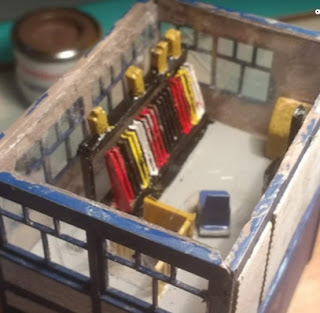 ... but, behind "glass" and at the back of the layout, you will hardly notice. 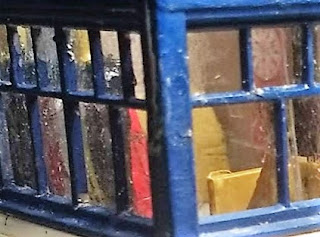 Somebody should be out cleaning those windows! The clock looks nice but a bit too big- fbb will have another go at that! 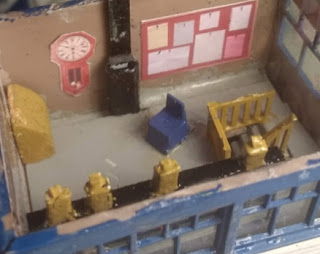 No 1 son has already complained, insisting that fbb work on a proper 3D clock model. 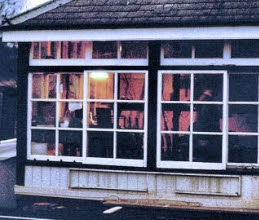 ... impossible to see what's in there! Next project, a scale sized interlocking frame ... 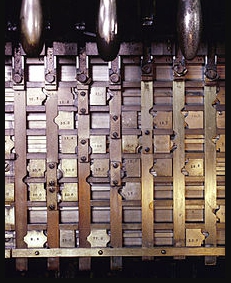 ... (completely invisible from outside) for the lower floor. 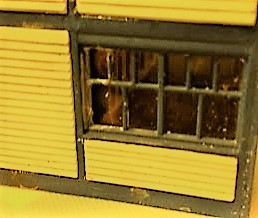 Hey! You can just see the stairs - what you cannot "just" see is that they do not quite reach the floor! OO gauge Elf'n'Safety beware!!

Exploring The Ux? Starting from The Bridge?
Except that you cannot. There is no river Ux. The (former) town stands on the River Colne and an ancient bridge stood here ... 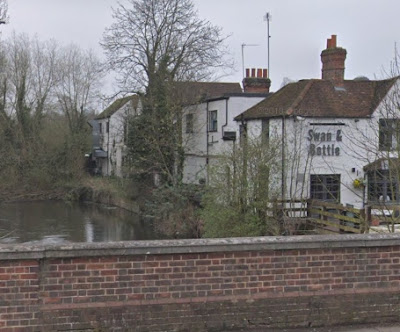 ... on the Oxford Road near the Swan and Bottle. It was known a Wixan's Bridge, after the 7th century Saxon tribe that, presumably, built it to avoid the paddle! There is (or was) a modern pub in the town that uses the historic name. 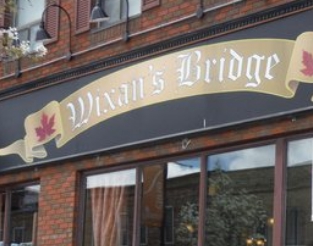 When the "Underground" (The Metropolitain Railway) arrived at Uxbridge in 1903 the station was in a peaceful rural village. 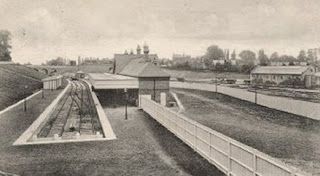 A new and wonderful station, now a listed building, was opened in 1933. 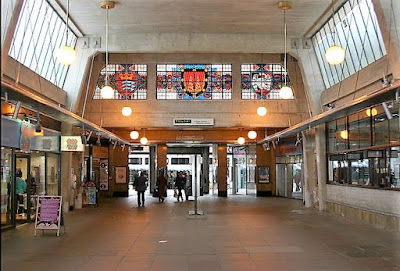 To foster growth in passenger numbers, posters were produced to encourage Londoners to visit and enjoy the countryside. 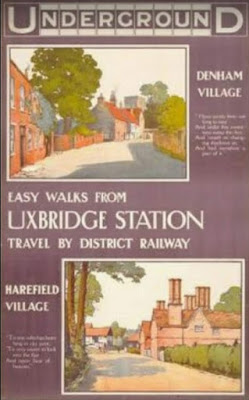 A reasonably energetic ramble northbound along the Colne would bring you first to the village of Denham. 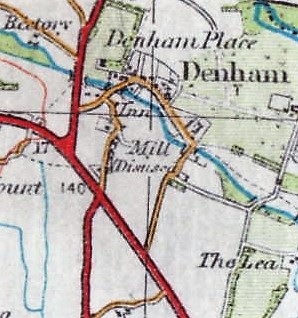 The view towards the church (beyond the trees) is still picturesque ... 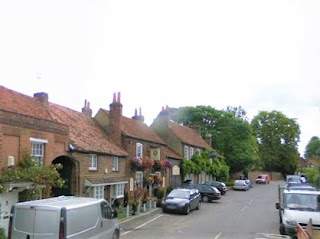 ... although it does not exactly match the poster. But press on to Harefield ... 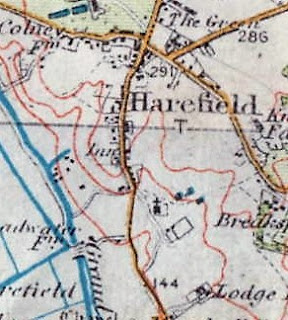 ... and the multi-chimneyed and multi-gabled villa still stands sentinel as you enter the village. 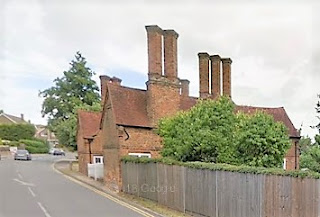 Think what opulent joys such vistas would bring to Londoners used to their soot-stained terraces!

Who would run a bus company? : Monday 26th November
Posted by fatbusbloke at 02:00