Of course it was the steps that made escalators more useful. 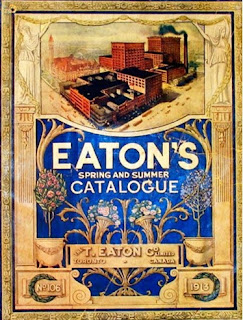 Eaton's was a big department store and mail order company in Toronto, on Yonge Street at its junction with Queen Street. 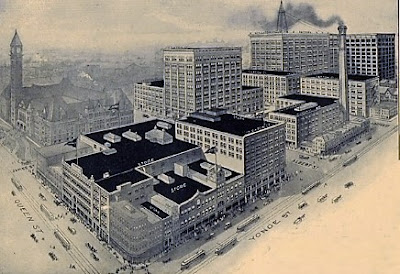 It is thought that this was the first installation of a proper "stepped"escalator in retail premises. 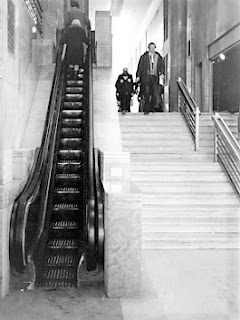 Only wide enough for one person, pictures on-line suggest that a section has been preserved - but not in working order. 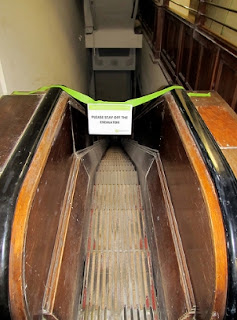 The Eaton's site is now redeveloped as "The Eaton Centre" with the obligatory shopping mall.

An article in a London periodical announced the first such installation on the Underground. 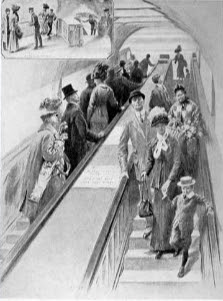 The article explains all! 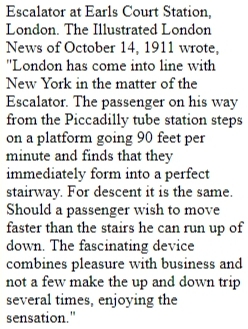 Do not be to surprised at the idea of riding on an escalator as n entertainment. When, a few years ago late 1980s), the Newport branch of British Home Stores was refurbished, an escalator was installed - the first EVER on the Isle of Wight.

For many weeks it was the place for a family outing so the kiddies (and, fbb suspects, many of the adults) could experience this astounding novelty!

Some of the older installations required the rider to step off to the side, "encouraged" by an angled wall. 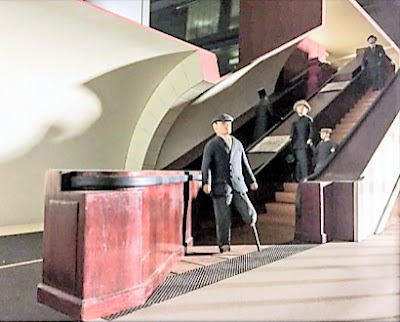 Whether the Underground did actually employ a man with a wooden leg to appease the anxiety of the apprehensive London public is not at all certain - but the idea is regularly included in histories of the system.

The highest rise in the UK used to be at Angel station ... 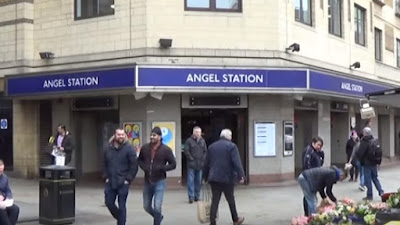 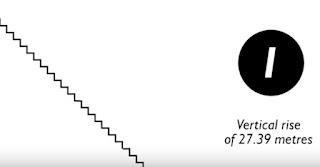 It certainly looks long (or is it high?) but a flight at Heathrow's Terminal 5 ... 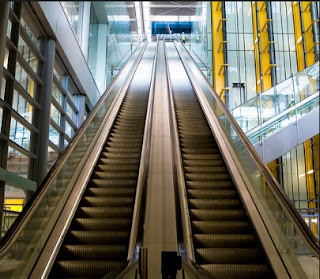 In a back to the future decision, the Underground decided to help out weary commuters who needed to get from the Waterloo and City platforms at Bank Station to the main exit and interchange area.

It was a long wearisome trudge. 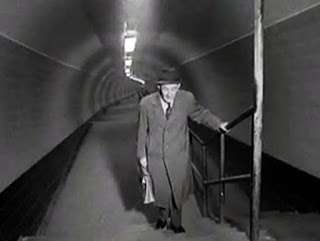 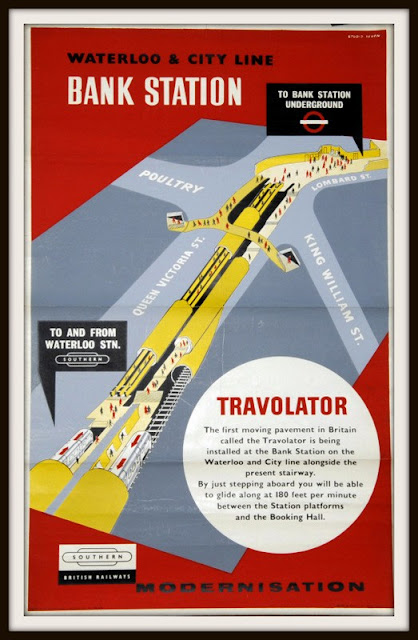 It was opened in 1960 and was the first (in the modern era!) of its kind in the UK. Now the genre is common throughout the world's transport systems, especially at every expanding airports. 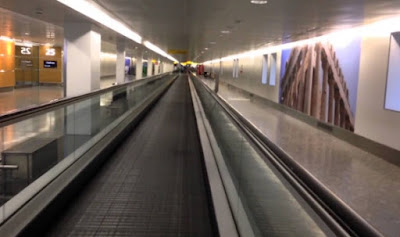 But the Bank Station example still has a fond place in fbb's heart and that of the millions that use it every day - but not many these days sporting their "bowler het". 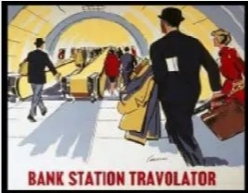 Tomorrow, we reach to top of our escalator ascension with a few more ramblings. 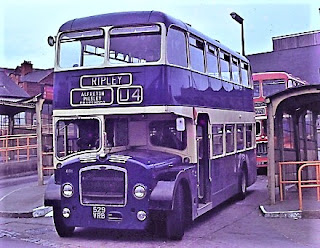 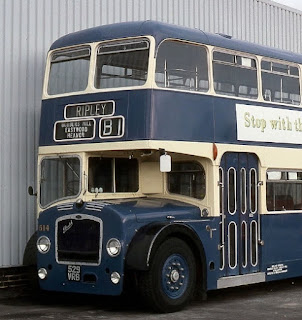 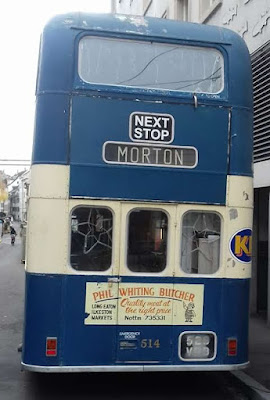 Complete with its advert for Phil Whiting, Butcher (a market trader with his company address at 32 High Street, Codnor), the bus has popped up in Basel,Switzerland. 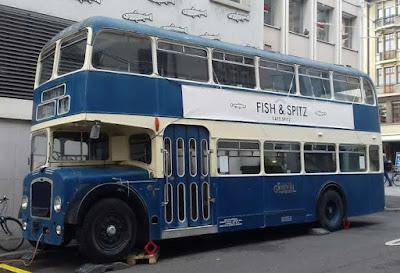 It appears to be a mobile (or immobile?) chippy associated with the posh Cafe Spitz ... 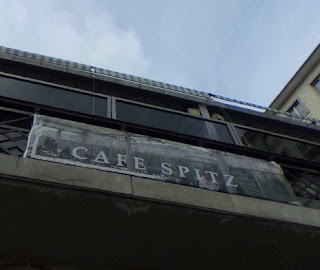 ... part of the Merian Hotel - with a nice view over the Rhein. 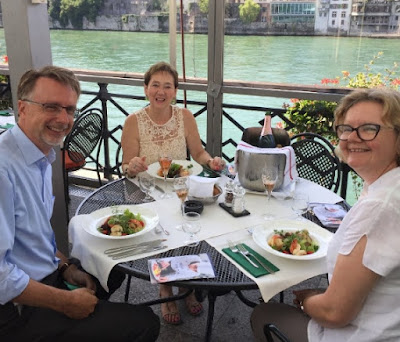 Thanks to correspondent David for the info.

fbb has remonstrated with No 3 son who has failed to report the vehicle. "Yes," he replied, " I have seen it but I was on a tram at the time." No sense of dedication, these young 'uns!

Next going up blog : Saturday 1st December
Posted by fatbusbloke at 02:00