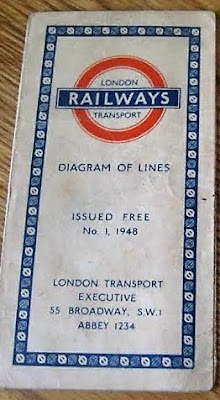 When fbb was very small (probably about age 7 or 8) he was staying with Auntie and exploring the mysteries of a drawer below a huge sit-up-and-beg radio. Out came a London underground card map dated 1948.

The spotty urk fell in love with it; its colours, its intersecting lines and its unfathomable (for the kid) mysteries.

Looking back, the proto-fbb was observing railway history. If only he had kept it!

The Central line extensions were only partly complete ... 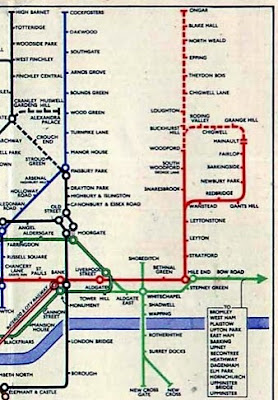 ... with dashed line showing as "to be electrified" 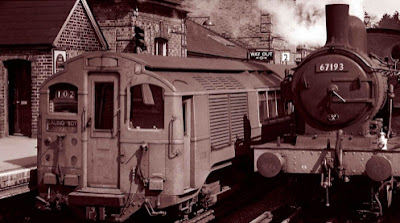 At the other end of the red route, the extension to West Ruislip was shown as "under construction". 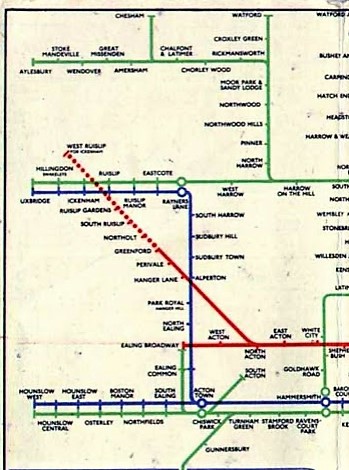 These developments happened and are now an established part of the Underground. The Epping to Ongar service was, however, withdrawn in 1994.

But the Northern Line extensions were abandoned. 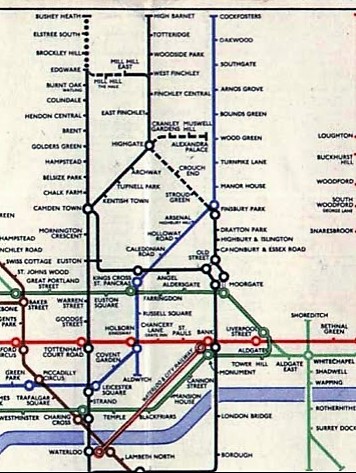 The line from Finsbury Park via Highgate to Alexandra Palace was never electrified ... 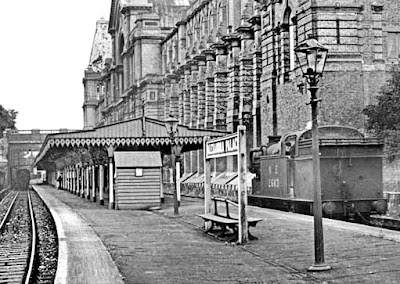 ... indeed these lines were closed completely. Ditto from Mill Hill East to Edgware. The extension under construction to Bushey Heath was started (hence an Underground depot at Aldenham which morphed into a bus factory!) but abandoned.

Of more esoteric interest is that colouring of the Metropolitan, Circle and District lines all in green but with a "cased" line for the Circle, but still green.

The oddity, the Southern Railway's Waterloo and City line was included. It did not become a "proper" Underground line until 1994.

Transport for London has steadily pulled out of any bus map production, so fbb was pleasantly surprised to pick up a "Tube Map" at Axminster Station. It is dated May 2018 but has only appeared in the last few weeks. 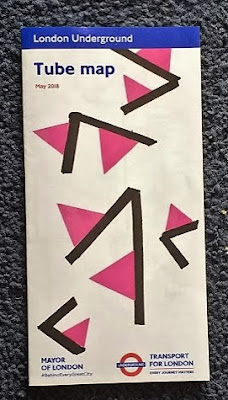 ... it is just a medium weight paper which makes it easily crushed or damaged in the pocket.

But what did surprise the old man somewhat was what the map now covered. It is no longer a "Tube" Map (i.e. London Underground); it has become a Transport for London "everything we run on rails" route diagram.

In includes all the Overground lines ... 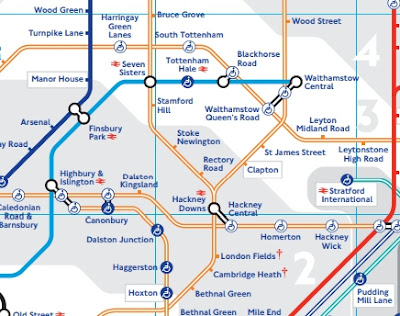 ... desperately in need of their own colours. Also a major feature is the Croydon tram network ... 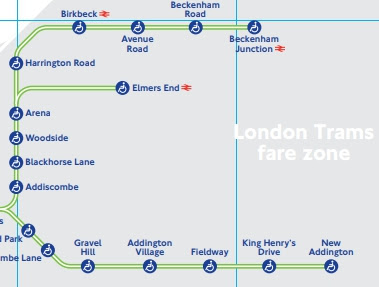 ... making no attempt to show any sort of geographical location except for the interchanges with the Overgound at West Croydon and the District Line at Wimbledon.

Again, it would benefit from some colour variation or, as a minimum, some labelling of the different tram "routes".

It also includes both bits of The Elizabeth Line (but called TfL Rail until the whole line is open).

Slowly, but with delays in their introduction, new trains are being operated from Shenfield to Liverpool Street and from Paddington to Heathrow. The full service was due to start this December but has been put back to "Autumn 2019".

And why include the Emirates Air Line? 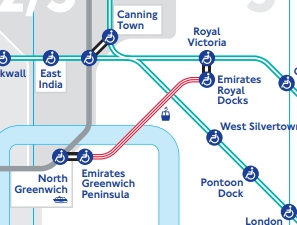 It is hard to see why anyone should pay its "special fares" rather than taking Docklands to Canning Town then Jubilee to North Greenwich ... 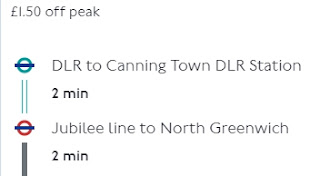 The air line (watch out - it's easy to get tangled up in the Emirates airline on-line - not fine!) will cost you a lot more for a single ride ...

... but you are, of course, paying for the experience and the views. 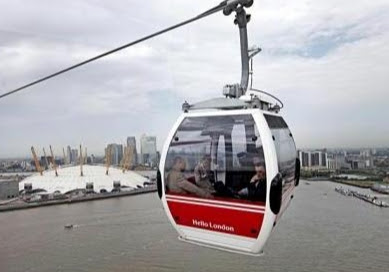 fbb suspects that the whole cable crossing experience from ground level back to ground level will take longer than 9 minutes.

So the problem with this most recent "card" map is that it has become very cluttered ... 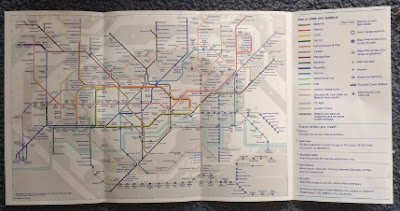 ... its small print can be very hard to read.

The index (overleaf) is comprehensive and fbb applauds the inclusion of stations with toilets (!) ... 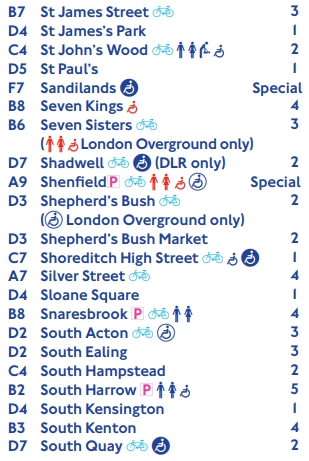 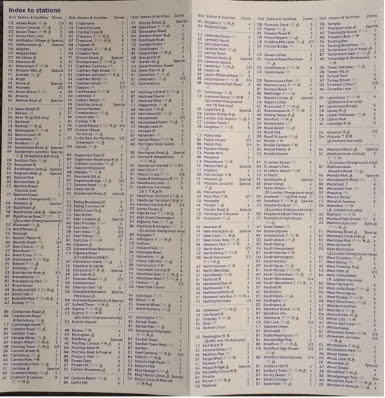 On a fairly standard laptop monitor, the above screen shot appears as about ⅝ of actual size.

Is now the time to pose the question, "Should there be a serious re-think about the purpose of this map?"

Before than can be answered, fbb will look at some of the detail and, importantly, what the map DOESN'T show.

Roy has emailed from Sheffield to give the latest report. See Monday's blog (here)

(that was yesterday, of course, Tuesday 6th)

... the bus stop at Sheffield Interchange was still not showing the retimed departure from Sheffield to Matlock via Chesterfield. I therefore asked at the enquiry desk for the time of the last service to Matlock.

I was given a leaflet, the Stagecoach one, dated July 2018. I explained that I thought there was a latter departure and asked that they look it up.

fbb has also contacted Stagecoach and a prompt reply offered the excuse that the change was at very short notice and that ...

... the information is gradually being updated bit by bit.

fbb would be happy to publicise "the bits" when (and if) they happen, but there is no excuse for this poor customer service. If an old codger can update HIS information and have it on-line within 24 hours of receipt, then Stagecoach and South Yorkshire PTE should be capable of doing better. Derbyshire County staff managed as per their timetable library (in green above)!