As a Christian, fbb struggles with the concept of war. There was plenty of slaughter in the Old Testament of the Bible - but that was a vastly different culture, mores and lifestyle and cannot be fairly compared with conflicts in the modern world. 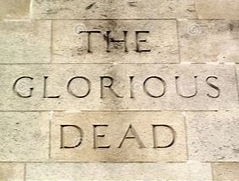 But perhaps there was a deeper reason for his "politically incorrect" attitude?

This World War One picture is particularly poignant . 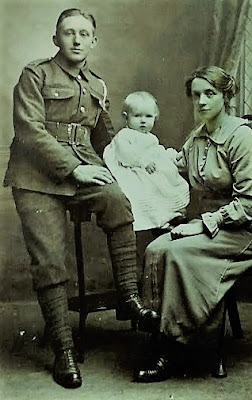 It shows Harry Perkins, fbb's grandfather, and Mabel Flora, his grandmother with baby Edgar Harry, your author's father. Soon after the picture was taken Harry Perkins was injured in North Africa, taken to a hospital in Spain where he died of his injuries.

Grannie remained bitter for the rest of her long life. She did not want to remember either, but could not help it.

But yet, there are times when megalomania has to be stopped for the ultimate peace of all mankind.

As we pass this centenary, maybe the best we can do it to remember those on both sides who lost their lives ("gave" is another difficult word), some as volunteers but many conscripted - and those who remained forever hurt, forever sad and often bitterly tormented.

We should all pray (whether we are believers or not - God still hears us!) that common sense, Churchill's "jaw not war" and a respect for all human life might prevail over the desire, or tragically the need, to make the ultimate sacrifice. 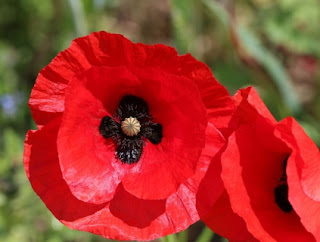 A quote from the Bible book of Revelation about the ultimate future for those who accept Salvation through Jesus Christ.

And I saw the Holy City, the new Jerusalem, coming down out of heaven from God, prepared and ready, like a bride dressed to meet her husband. I heard a loud voice speaking from the throne: "Now God's home is with people! He will live with them, and they shall be his people. God himself will be with them, and he will be their God. He will wipe away all tears from their eyes. There will be no more death, no more grief or crying or pain. The old things have disappeared." Then the one who sits on the throne said, "And now I make all things new!"

Somehow, it seems utterly disrespectful to return to the humdrum world of Public Transport on this meaningful yet challenging day.

But we can appreciate the thoughtfulness of the industry. 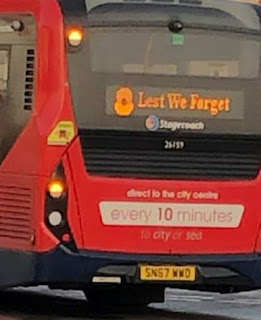