Borders Buses, the former Perrymans and owned by West Coat Motors has reported a £3.5 million order for new vehicles. 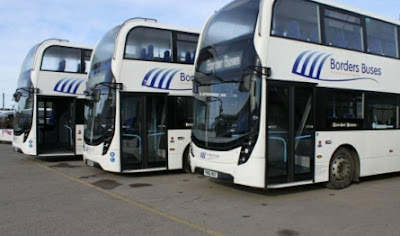 The buses are to operate the services taken over from First Bus.

This is a massive investment for one of the "smaller" bus operators and outsiders may be wondering how Borders will make these services pay when, apparently, the mighty First Bus could not.

Let us hope for all concerned, especially the passengers, that the company has got its sums right!

The web site for the ex-First block of services is found under "FirstBorders.co.uk" ...

... and includes this statement. 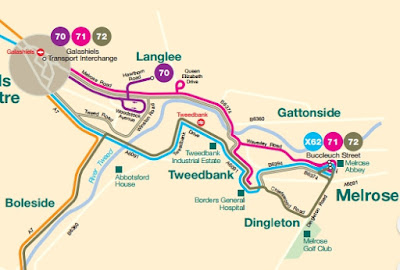 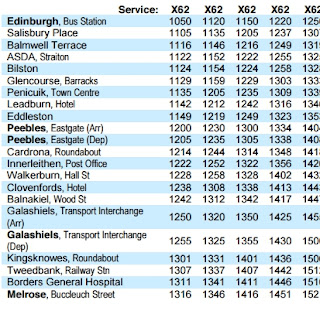 ... for all he former First services. 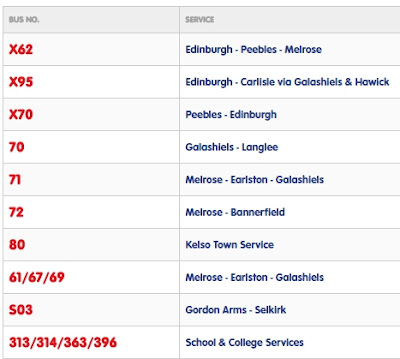 The takeover looks neat and tidy on a computer screen but it will be interesting to see what changes will come as the number crunching begins. 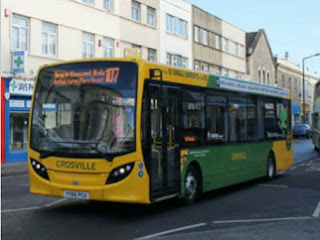 When fbb was writing about Crosville Buses' withdrawal from competitive services in Weston super Mare, a comment writer suggested that there was no (unofficial) collusion with First Bus, but that cutbacks might be in response to a Traffic Commissioners' Public Enquiry.

Route One magazine has no published a full article on the proceedings. 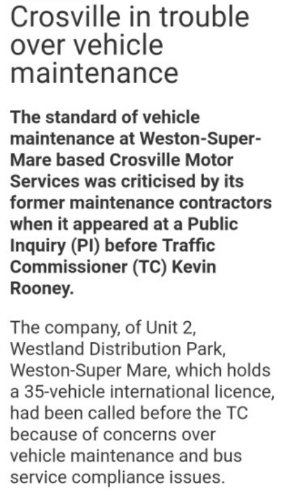 The Traffic Commissioners will publish their judgement in due course; but it is looking uncomfortable for Crosville.

Foolish Fruit
Talking of "Route One", fbb was impressed with their barely disguised "Fake News" item. 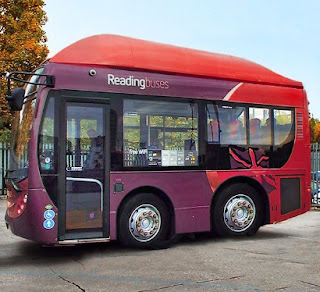 It says the hybrid diesel electric microbuses are ultra clean, and have Reading’s usual technology of USB points, free wi-fi and tablets.

But they also come with brand new features “that will leave you s-peach-less! Plush massage seats, fruit-vending machine and a free jukebox. If these fruity buses are your jam, then keep your eyes peeled for an official launch,” says Reading.

For the record, fbb's equally obvious items in his page of news last Saturday were both about First South West Trains (read again).

All the other items in the day's blog were, worryingly, all too true!

Brilliant Burger Bus
Sheffield correspondent Roy has been on the train of bus-based eateries again. This time his quest for omibologial catering emporia took him to Failsworth near Oldham. 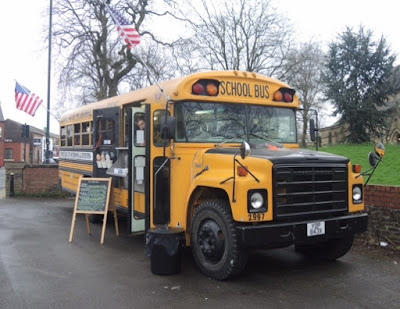 And, viewed from the rear:- 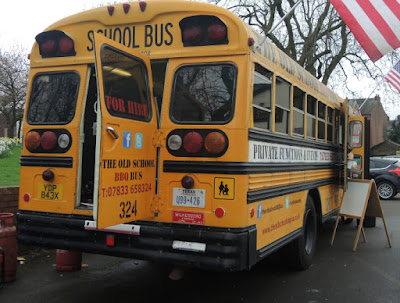 Then fbb drools uncontrollably over his keyboard as he researches the menu. 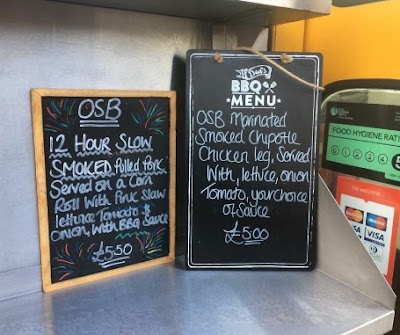 This "pop up" establishment has developed a new take on the humble burger. 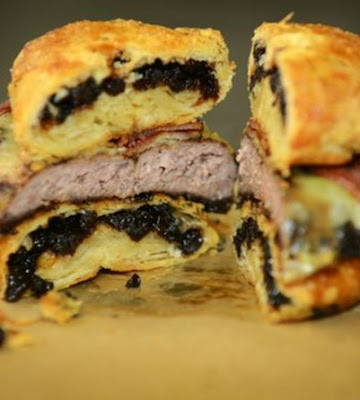 This is their world (?) famous "Eccles Cake Burger"! Or was that on April 1st as well. Correspondent Roy does not record what he selected from the "Bus of Delights".

More on Golden Hop
Stagecoach has a brand in the Torbay Area. Hop. 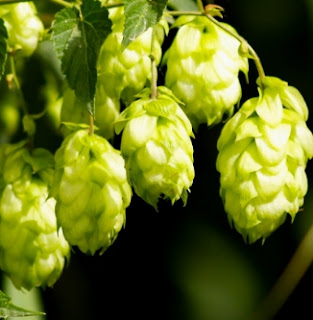 Hop 2 runs from Exeter via Dawlish etc to Newton Abbot 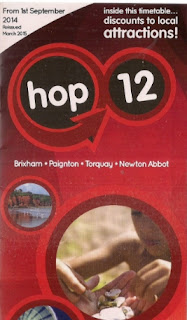 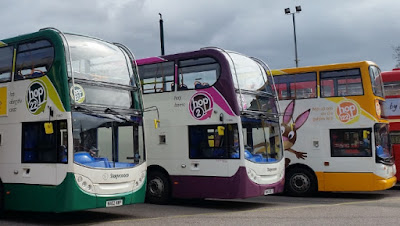 The latter is the new open top route branded "Golden Hop" and will start at the end of this month. Thanks to Stagecoach's staff newsletter, fbb can now reveal a little friend for Gary the Rabbit, seen peeping out on the golden "Golden" bus above. 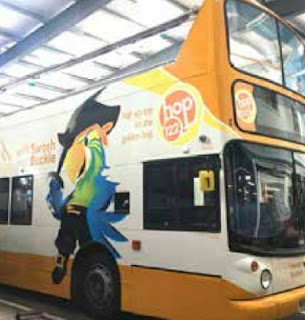 Say hello to Swash Buckle the Pirate Parrot! The name was chosen by Class 3 of the Priory Catholic Pimary School in Torbay. More to come are:-

Buses were never like that when fbb was a lad.  But an ancient memory has bubbled up through the coal measures. fbb's sister was conveyed from Little Billing to Great Billing School by a bus called "Jolly Roger". fbb knows nothing more as he was attending Northampton Grammar School and took little or no interest in the inferior life forms at his former village school ... 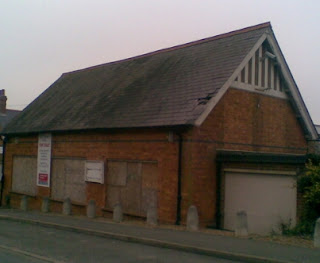 ... now closed and forlorn. Does any blog reader remember such a company?


Next Whatnots blog : Sunday 9th April
Posted by fatbusbloke at 02:00