Stagecoach : Head to Head with GoAhead (1)

There is a vibe amongst bus watchers that Mighty Stagecoach and less mighty GoAhead are beginging a war of attrition on several fronts. It began, so they say, when GoAhead's Oxford Bus Company extended its 500 Park and Ride service to the pretty village of Woodstock. 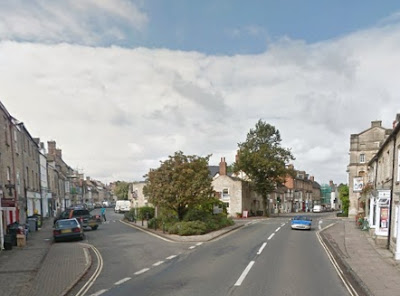 Hitherto the route had shuttled between the city centre and Water Eaton Park and Ride. It briefly increased in importance as it linked the temporary terminus of Chilterns's new service to Oxford Parkway via Bicester with the City of Dreaming Spires. Now the rins run into Oxford station the service reverts to a "normal" Park and Ride.

But its extension to Woodstock ... 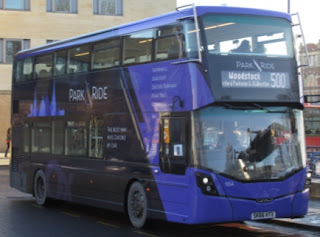 ... took the company deep into Stagecoach "territory". This was in direct (and provocative?) competition with Stagecoch's S3 although it followed a different route into the city. 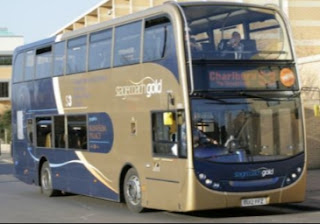 Uncle Brian's lads then came up with an additional half hourly service 7 ... 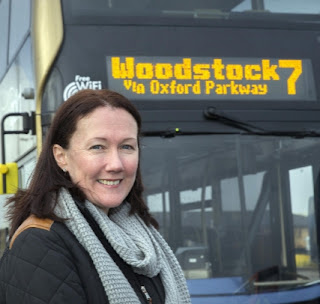 Woodstock now has seven buses an hour into town! Everyone agrees that this is "unsustainable" but who will win the War of Woodstock?

If the local press is to be believed (reporting back in February), GoAhead are wavering.

Stagecoach’s managing director agreed the number of buses running to Woodstock is unworkable in the long term, and the two companies will come together to discuss potential solutions.

Stagecoach are not renowned for backing down!

In the great bus sell-off post 1986, Newcastle Corporation Transport and Sunderland Corporation Transport were bought by Stagecoach. (The Sunderland operation had been sold to what became the Tyne and Wear PTE in 1973). Arriva eventually owned the former Northumberland company and Go Ahead's expansionist base was a privatised Northern, operating south of the Tyne and to the North Tyneside coast. 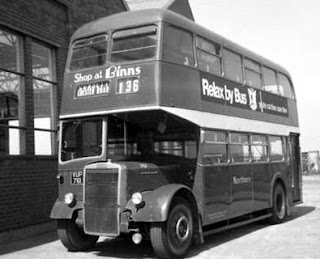 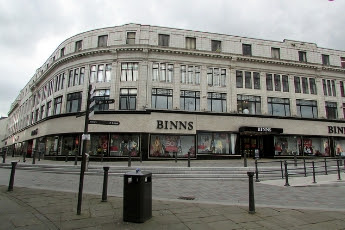 H Binns, Son & Co. was a chain of department stores based in Sunderland with its origin in a small drapery business started in 1807.

The company continued to expand by acquisition of stores in other towns:

In early 1953, House of Fraser made an approach to purchase Binns Ltd, which initially met with opposition from the board of directors, however, after a bitter takeover process in April 1953 Hugh Fraser was appointed Chairman of the company.

fbb will leave the details and additional complexity of the bus network for other to research! One titbit worth remembering is that Sunderland Corporation bravely adopted a flat fare system in 1966. This involved the purchase of tokens, in advance, at 4d (less than 2p). 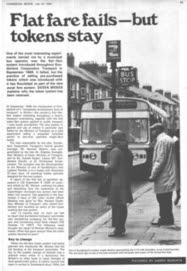 It failed but the use of tokens remained for a while as part of a zonal fares system.

Back to today. The links between Sunderland and Newcastle have hitherto been provided by "proper" trains ... 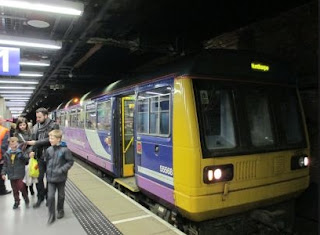 This is the "coastal" route from Middlesbrough (with some through trains from Nunthorpe) often operated by the dreaded Pacers.

Nowadays, however, the "main" service is Tyne and Wear Metro ... 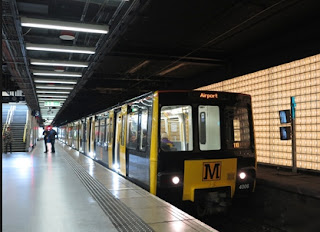 ... although, because it is a "metro" system, you are not permitted to see the secret timetable. These trains run through the centre of Newcastle and on to the Airport. 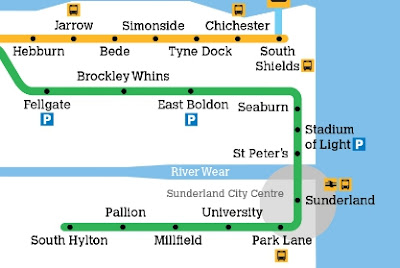 What about fares? A single journey from Sunderland to central stations in Newcastle is an "all zone" trip ... 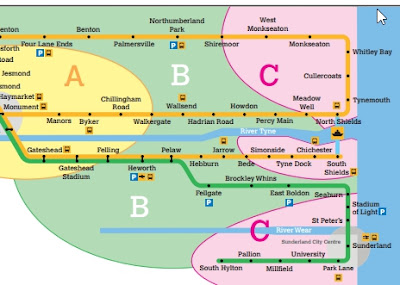 Plans are being made for a major upgrade of the metro system and possible expansion with shiny new trains ... 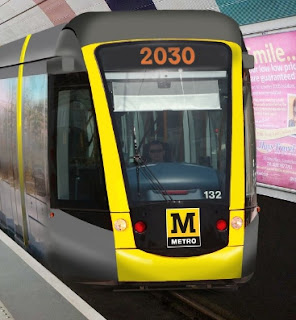 ... but, as the destination above indicates, it won't happen in a hurry!

But you could go to Newcastle by bus and, until recently, that was the sole prerogative of GoAhead.

We will examine bus options and the intrusive newcomer in tomorrow's blog. 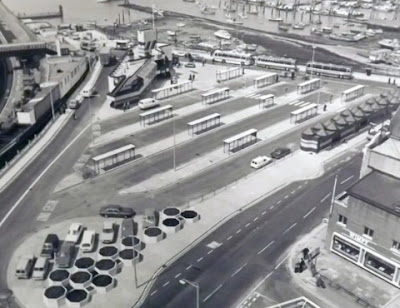 Note that there is plenty of room for buses and coaches and it has the benefit of the Harbour View Cafe (top left) ... 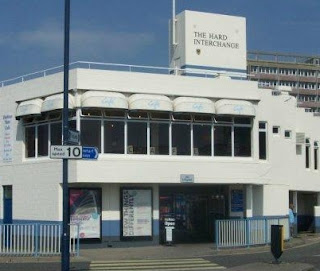 ... and a stand-up tea bar lower right. The new interchange was started in 2015 and, as of today, looks a bit like this. 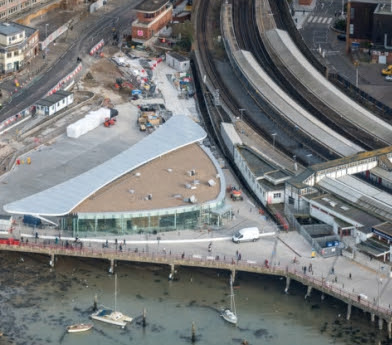 As is patently obvious, the new passenger building is due to open in late 2016. The stand-up cafe is gone, and the council is somewhat coy about catering facilities in the new bus station. One thing is dead certain; its "nose in" bays ... 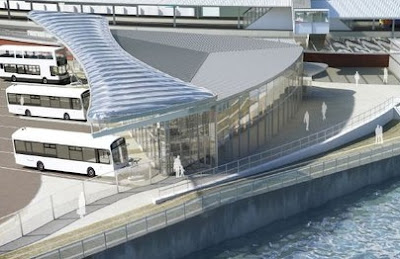 ... will offer significantly less space than the previous arrangement.

But it will be prettier!

Next Stagecoach blog : Tuesday 4th April
Posted by fatbusbloke at 02:00