fbb is grateful to a correspondent for forwarding an article from the community newspaper for Dronfield in Derbyshire but home to many who commute to Sheffield. 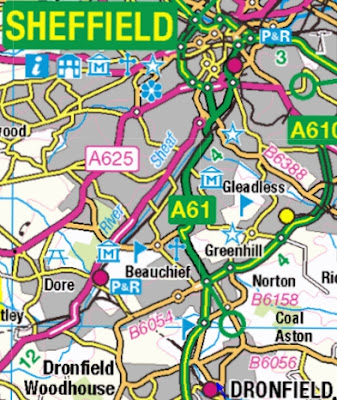 The headline was intriguing ...

... and warranted a closer read. fbb reproduces some of the article below. 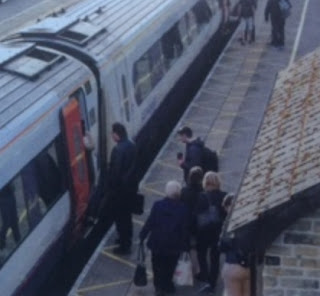 This may well look like a picture of passengers climbing onto an East Midlands Trains (EMT) service at Dronfield Station.

But don't be fooled; it can't possibly be.

The story begins with an honest "Dronfield Eye" reader who, after travelling on a comfortable EMT train into Sheffield one Saturday, wrote to inform the company that no-one asked him for his fare. The same thing ha happened on several previous occasions, so he felt that the operators should know that they were potentially losing a considerable amount of money.

Did EMT thank him for pointing out this oversight? No, they warned him that by catching a train without a ticket, he was breaking the law.

A customer relations officer wrote, "As far as I am aware, Dronfield Station has a ticket machine and booking office and passengers should always buy a ticket before travelling." 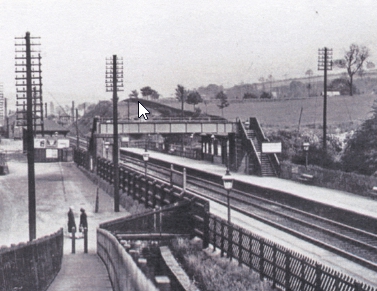 ... and was then demolished. There are no ticket machines at the station today ... 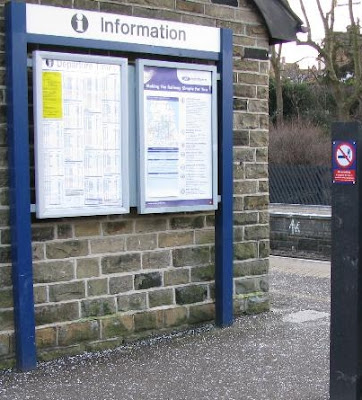 ... which is managed by Northern Rail, (The station re-opened in 1981 - fbb. All you have is shelters on each platform.) 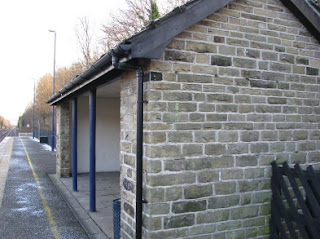 Whoops, forgot; there is a phone box! 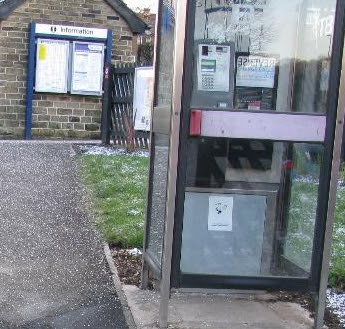 When "Dronfield Eye" contacted EMT, the response from their customer relations department was even more baffling.

They confirmed that Dronfield is not an EMT station and is managed by Northern. but then added, "Also we do not run any services from Dronfield to Sheffield."

According to the current railway timetables, EMT is scheduled to stop on no fewer than 30 occasions each week. 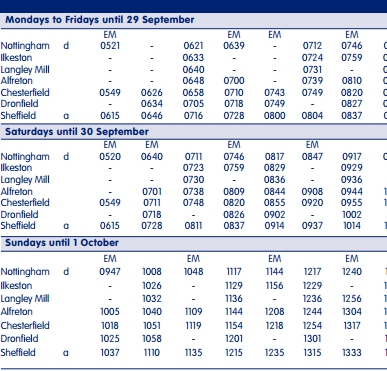 We reckon that, if the company's officers are unaware of their scheduled train services at Dronfield, there is no wonder they aren't concerned about uncollected fares. 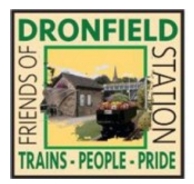 ... estimate that 250,000 passengers either start or finish their journeys at the station.

FoDS are a group of people whose aim is to get more services on more days from Dronfield railway station by promoting it and lobbying central government (the Department for Transport) and the train operating companies. Our members include representatives of North East Derbyshire District Council, Dronfield Town Council and the Civic Society. We are actively supported by Derbyshire County Council. It also has the full support of our local MP Natascha Engel; indeed it was she who brought us together by calling a public meeting.

It would appear that they know more than Stagecoach (East Midlands Trains). It would be hard to know less!

But then the fares are not too bad ... 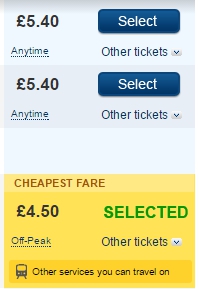 ... hardly worth all the hassle of selling them?

Which reminds fbb. Last Saturday he travelled between Moreton and Weymouth for a very reasonable £3.70 OAP return. 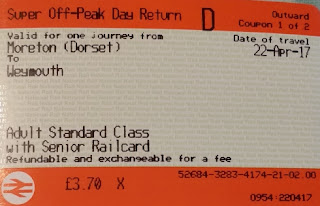 On neither the outward nor the return journey, the "conductor" made no effort to check tickets; the member of staff sat resolutely in his little glazed cupboard. 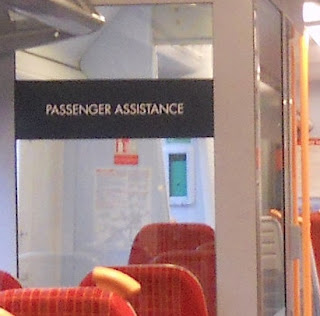 fbb need not have paid.

And, of course, the company that operated fbb's train. Yep, Stagecoach SouthWest Trains!