Recently in the News 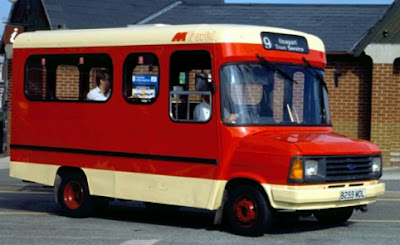 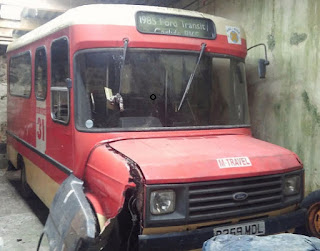 It is seen in its decaying state branded for service 31, the Ventnor town service. fbb thinks (?) 259 was one of the "Wanderer" vehicles used in the first bread van service in Ryde. 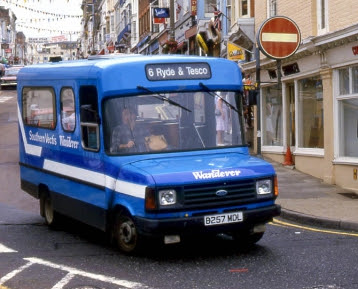 But there is another M Travel based in Pontefract, West Yorkshire. 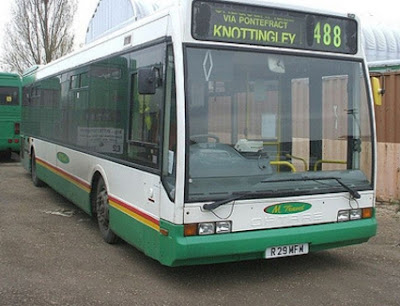 The bus above is on the 487/488 Pontefract and Knottingley service. 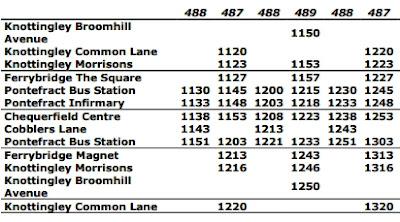 Most of its vehicles are second hand, notably this double decker from Travel West Midlands ... 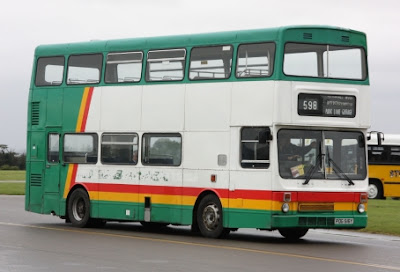 The local press, however, anticipates the company's demise.

A bus company has had its Public Service Vehicle Operators License revoked once again.

A public enquiry into M Travel based in Glasshoughton, Castleford was held on 21st March 2017 at 1030am at Hillcrest House, Leeds.

The enquiry concluded that the company directors Mr Darren Mayes and Mrs Margaret Brown were disqualified from applying for a further PSV License for a year, under Section 17 of the Passenger Service Vehicle Act 1981.

The Transport Manager Mr Anthony Dee was found to no longer be of good repute.

Spookily, fbb had a passing acquaintance with Transport Manager Anthony Dee (f it is the same one?) who was a chum of your blogger's ex brother-in-law. fbb last met AED when he was boss of Guide Friday in York, also the  Tourist Information office, then in the De Grey Rooms near the Theatre Royal. 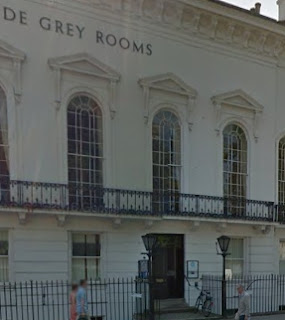 A full report on the judgement is expected soon.

Is It a Bus; or Is It a Tram?
Blackpool Transport has recently bought a batch of double deckers in their posh "Palladium" style with all the usual extras. 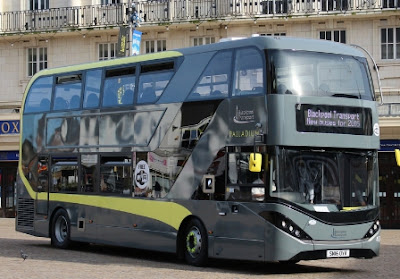 Recently (on a Sunday) the press were invited to a launch at Starr Gate, the southern terminus of the tramway. A parade of the new buses then travelled along the tram tracks to the Tower for more speeches and jollity. 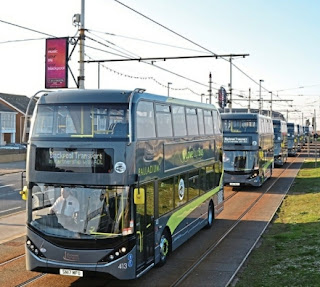 What happened to the trams?

And they had cakes! 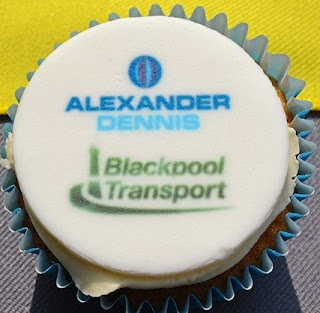 Macclesfield Midis
Hot on the heels of Stagecoach in Ashford (Kent), Arriva has announced an order for small vehicles.

Arriva North West and Wales has ordered nine Mellor Stratas. The buses are due for delivery in June 2017 and are set to be deployed on several local service routes around Macclesfield and Winsford in Cheshire. The vehicles are built on the low floor Mercedes-Benz Sprinter chassis with each having a passenger capacity of 22, plus space for one wheelchair. Each Strata includes a number of features for the benefit of both passengers and drivers including Isri Civic seating trimmed in E-Leather with USB charging points at each seat position, on board Wi-Fi and destination equipment. Drivers benefit from an ergonomically designed cab with assault screen, CCTV and reversing camera equipment. 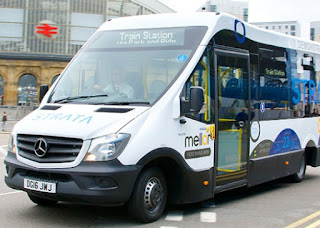 A better idea of the internal configuration is given by a floor plan.

There is no news yet as to whether there will bbe any increase in frequency on the Macclesfield "local" services. 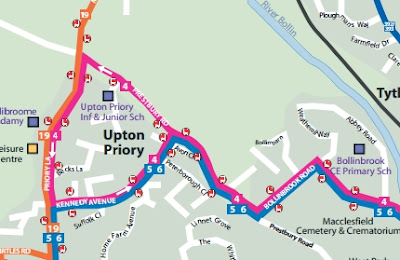 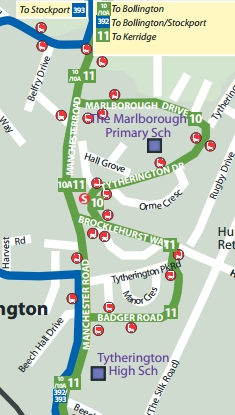 and service 21 (BROWN) to Hurdsfield. 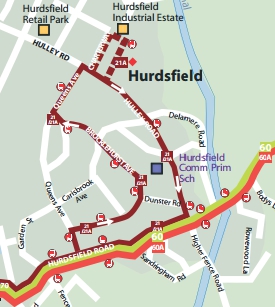 A MEAL WITH A MESSAGE?

The Thursday of Passion Week brought a whopper of a "Visual Aid" to the run-up to Easter itself. For over 1000 years the Jewish people had celebrated Passover. Moses and the hitherto enslaved people had escaped from Egypt after the last of ten disasters delivered by God to their enslavers. 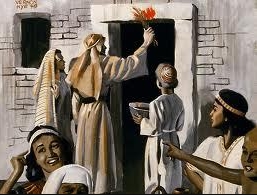 The blood on the doorposts will be a sign to mark the houses in which you live. When I see the blood, I will pass over you and will not harm you when I punish the Egyptians. You must celebrate this day as a religious festival to remind you of what I, the Lord, have done. Celebrate it for all time to come.

This God summarises the institution of the Passover Festival as recorded in Genesis Chapter 12.


On this Thursday evening Jesus calls his disciples together and shares a Passover meal with them. We now call it "The Lat Supper" 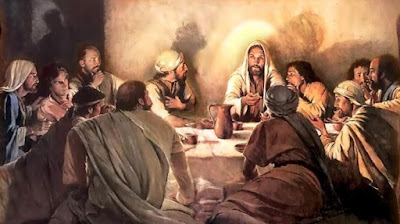 As the lamb's blood saved Moses' people from Slavery, so the blood of the "Lamb of God" (Jesus) would save humanity from a different kind of slavery, the slavery to sin and destruction.

Then Jesus took a piece of bread, gave thanks to God, broke it, and gave it to them, saying, “This is my body, which is given for you. Do this in memory of me.” In the same way, he gave them the cup after the supper, saying, “This cup is God's new covenant sealed with my blood, which is poured out for you.

3000 plus years after it all began, many of us still remember. 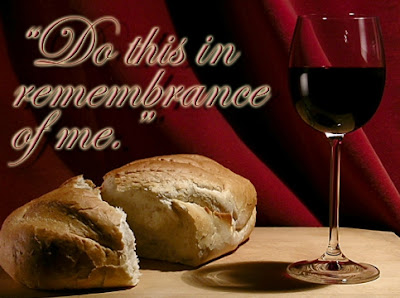