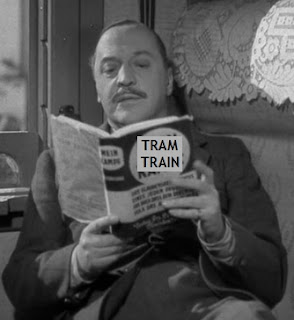 According to this book. Charters, Continental Europe has loads of Tram Trains and we haven't any. This Sheffield thingey is a two year experiment to see if it works.

But why, Caldicott, do we need an experiment when these foreign chappies have been doing it for years?

Be realistic, old man; we know we cannot trust Johnny Foreigner to get it right. We meed to do it properly. That's why the Minister has sent us up to Sheffield to see how it is done.

And we couldn't even get a decent lunch on the train! I asked the ticket inspector (a woman, of course, so what do you expect!) and she said there was a trolley service only. And I got tea from a plastic cup. 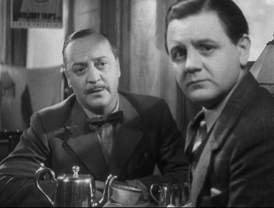 And here we are at the Royal Victoria Hotel ... 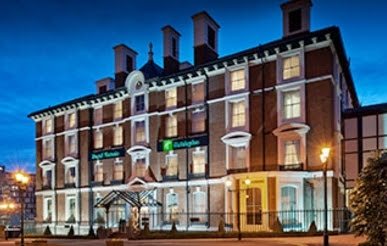 ... and it is no longer run by the Great Central Railway.

But we can just nip across the road and see the Tram Trains in the depot. 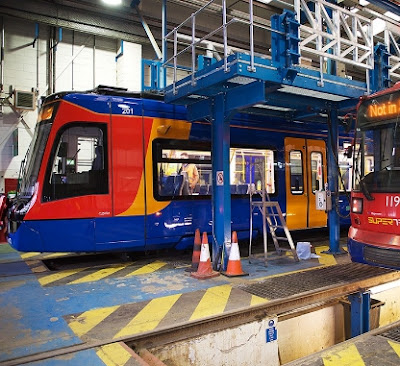 Super and smashing, Caldicott. Just like the ones in Newcastle.

But can we go for a ride? That would be spiffing fun.

Apparently not because they haven't got them working yet.

But we can take an ordinary tram and see a bit of the new line. 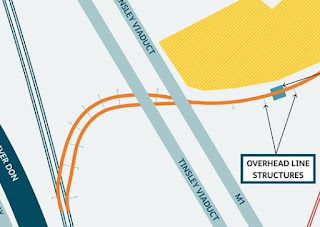 There's a new junction from the tram ...

To the train line?

Actually, no. From the tram line to another bit of tram line alongside the train line. 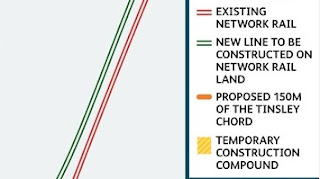 So it's a tram tram?

It will be a tram train at Rotherham Central Station ... 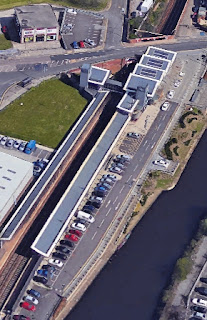 ... and all the way to its terminus at Parkgate.

And how many miles is that?

So the tram trains will stop in the station, like trains. 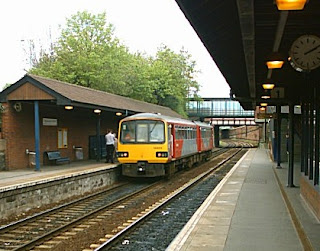 Absolutely not, the platforms are too high. So they have to provide a special bit of platform.

A tram platform for a tram train?

And they've got to rebuild that bridge at the end of the station.

To get the wires underneath and to make a path to the new lower platform, I think.

So where are the wires? 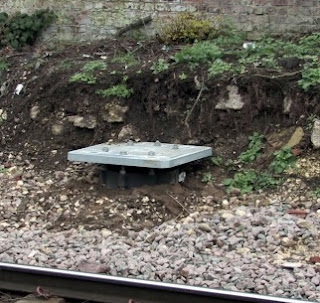 There are bases for the poles to hold the wires. I rang the chappies from Network Rail because they are the train bit of the tram train ... 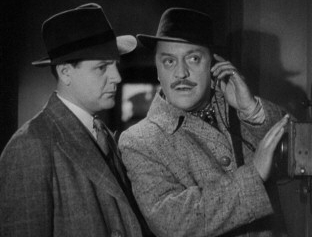 ... and they said they had no idea what sort of poles to put up.

Sounds a bit of a problem?

Which is why it isn't working yet. But progress is being made.

Good, excellent, marvellous. So what do we tell the Minister?

A huge heap of money is being spent on a very short bit of tram train; they've got the trams and most of the track; they've got the bases for the poles and the bridge is being rebuilt. And it has all been delayed by at least three years.

All for a mile of tram train?

So we tell the Minister the truth.

Indeed Charters. It is a highly successful project and a credit to British train engineers.

And our job, well done. Time for a slap up meal on our expense account; black tie, of course ... 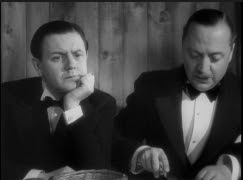 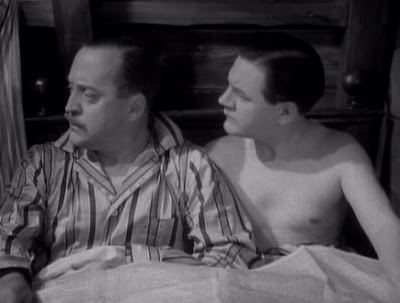 
Very early on Sunday morning the women went to the tomb, carrying the spices they had prepared. They found the stone rolled away from the entrance to the tomb, so they went in; but they did not find the body of the Lord Jesus. 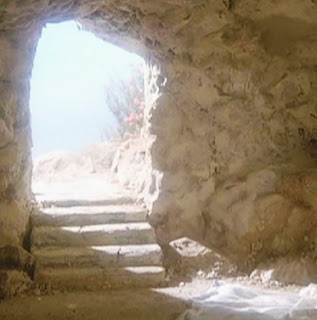 They stood there puzzled about this, when suddenly two men in bright shining clothes stood by them. Full of fear, the women bowed down to the ground, as the men said to them, “Why are you looking among the dead for one who is alive? He is not here; he has been raised." (From Luke's account)

As reported by witnesses and written into the various Gospel records, the empty tomb is a simple inescapable fact. Arguments will always rage about why and how that tomb was empty.

"Impossible!" some say. But that misses the point.

IF there is a God, superior to any earthly concepts or limitations, the impossible becomes possible.

"The body was stolen," some say. If so, why is there no record from the Roman or Jewish authorities of any attempt to find the body or the culprits. When the disciples claimed they had seen their risen Lord, surely someone could have said, "No you didn't, here's his body."

But the story didn't end.

In the end it is a matter of Faith; and a faith that is stronger today, worldwide, than it has ever been in history.


God sent His son, they called Him, Jesus;
He came to love, heal and forgive;
He lived and died to buy my pardon,
An empty grave is there to prove my Saviour lives!

Words from a modern hymn by American songwriter Bill Gaither. 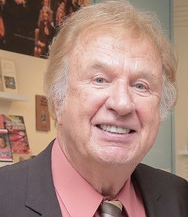