Stagecoach : Head to Head with GoAhead (3) 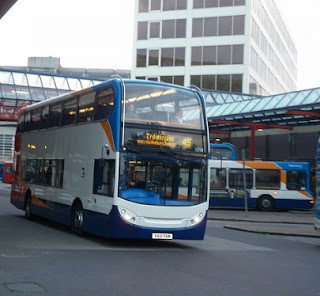 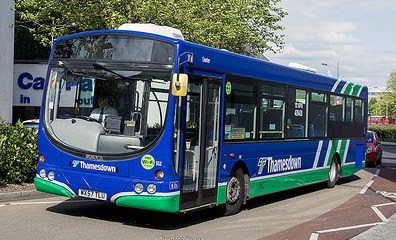 Now we suspect that the (very) senior management at Stagecoach, sitting and plotting in their bunker in Perth ... 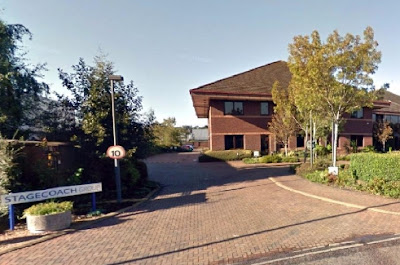 ... are becoming irritated by GoAhead's steady expansion. Time to teach them a bit of a lesson.

With GoAhead under limited attack in Oxford, possibly losing passengers to the X24 in the north east, was it time for Stagecoach to have a go at Swindon? Do Thamesdown's managers and planners need a warning that Stagecoach is not to be meddled with?

Here are the changes as announced.

The Monday to Saturday frequency is every 20 minutes. This is hardly a blow to Thamesdown but it does have the PR benefit of being a proper improvement. Thamesdown's route 11 runs from Wichelstowe but via a different route. 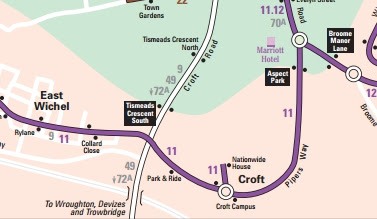 10:  Freshbrook to Kingsdown
We're changing our route into the town centre from Freshbrook to serve Commercial Road and Regent Circus to make it even easier to get to and from the shops.  We're also extending some of our morning and afternoon journeys into Windmill Hill Business Park to help our daily commuters. 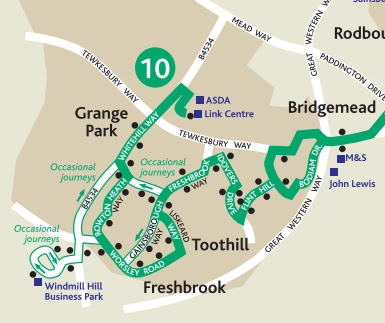 Currently, route 10 is exclusively Stagecoach running every 10 minutes but both changes represent a positive improvement.

66:  Oxford & Faringdon to Swindon
We’ll be adding extra journeys and running up to every 20 mins all day Monday to Saturday as well as every 30 mins on Sundays.  We hope you’ll enjoy our luxury Stagecoach Gold experience and look forward to welcoming you on board soon! 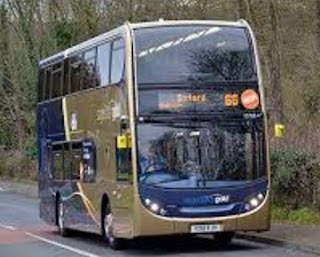 The current service is every 20 at peak, every 30 in the middle of the day and Saturday and hourly on Sunday. 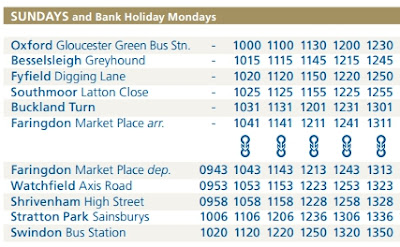 The service improves to every 20 all day Monday to Saturday and every 30 on Sunday. Once again, no direct threat to Thamesdown, but, maybe a statement of long term intent.

But it is service 3 that makes all bus watchers and the team from GoAhead sit up and take notice.

3:  Abbey Meads & Moredon to Park & Great Western Hospital
Our brand new service runs every 10 mins on Mondays to Saturdays and every 20 mins on Sundays connecting the Orbital Centre, Designer Outlet, town centre and Great Western Hospital.  We look forward to welcoming on board our new customers from Haydon Wick, Moredon, Rodbourne, Park North and Park South! 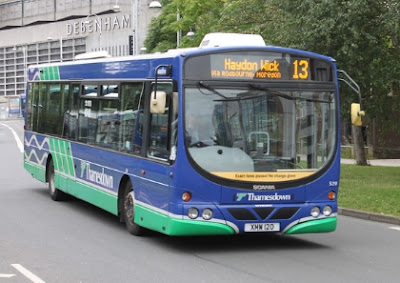 If we look at what happens at the moment, we can see that the Haydon Wick area has a route 13/14 via Woodhall and Cheney Manor into the centre. 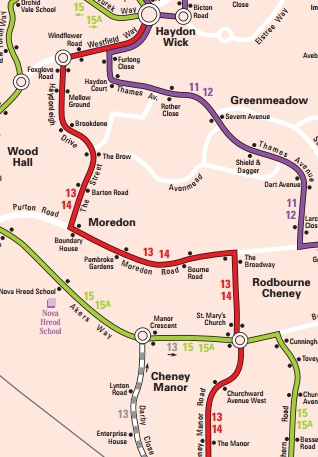 The new Stagecoach 3 (every 10 minutes) follows a similar route. 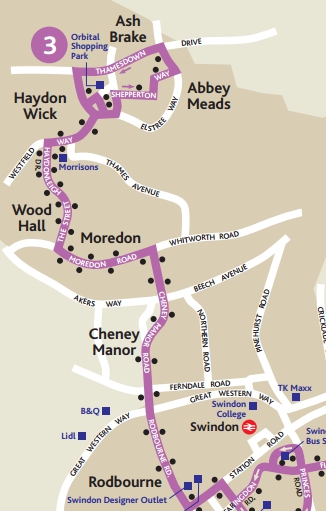 Thereafter, things go different ways. The 13 and 14 (every 10 minutes) go alternate ways round a huge loop at Eldene ... 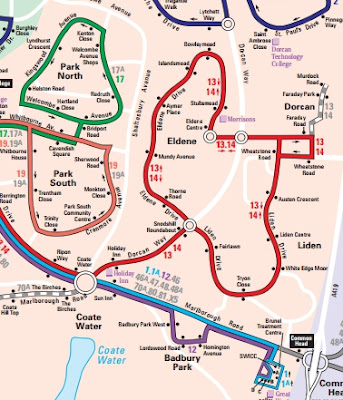 ... whereas Stagecoach wiggles via Park North and South ... 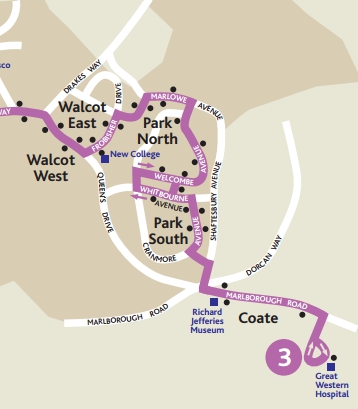 ... before terminating at the Hospital. 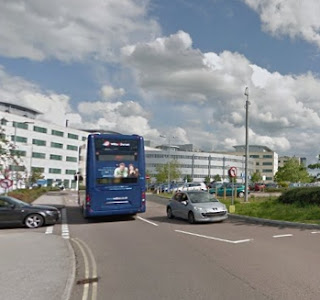 It is worth pointing out that Thamesdown also have a service 12 running from Haydon Wick to the centre by a different route. The 12 (every 30 minutes) then runs direct via Queens Drive and Marlborough Road to the Hospital. 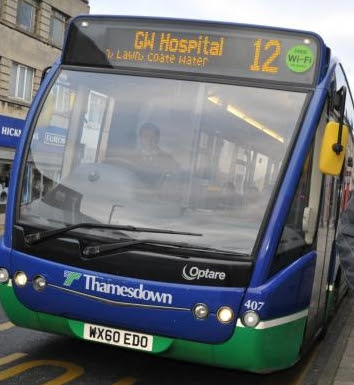 Just to complete the picture, Stagecoach ran the 13A/14A on Sunday daytimes. From this change, they wont!

This new service 3 is typical of a Stagecoach expansion. Generally, the company doesn't just copy every detail of their competitor's route, but offers something different. In this case, all the areas en route will gain a direct service to the hospital. Bonus!

It will be fascinating to follow this particular spat. As fbb opined when reviewing the Oxford situation, Stagecoach are not renowned for backing down! It all kicked off on Sunday last, 2nd April.

Thamesdown have just announced timetable changes from 14th May. These include the following:-

Route 5 Haydon Wick - Town Centre - Walcot East - Park North
This will serve Marlow Avenue and will provide more buses to/from Cavendish Square.  It will run up to every 7 to 8 minutes weekday daytimes, every 30 minutes’ evenings and every 20 minutes on Sundays.

This replaces the Haydon Wick end of 13/14 and links it with the Park North 17 and 17A to follow the new stagecoach 3, but without running to the hospital, it appears. 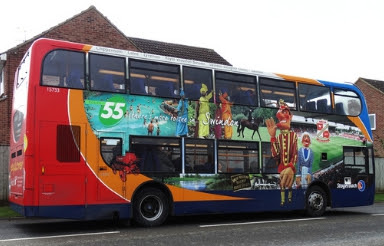 This is real retaliation! Stagecoach 55 currently runs every 20 minutes Monday to Saturday.

The arrival of a competing service to Wootton Bassett will knock a hole in Stagecoach's revenue.

But didn't Swindon Council seek to sell their buses because the company was losing money? Usually this sort of competitive tit-for-tat results in losses all round until one or other (or both) of the contenders backs down or dies!

The War hots up!

Hundreds of bus routes have disappeared due to Council cutbacks, but all this could change with new legislation. the new laws will make it easier for Local Authorities to take control of buses and fares as happens in London.

Oh yeah? What the reporters did NOT say was where the Local Authorities would get their money from.

So it was a bit of a non-news story.

Thanks to iPlayer, fbb was able to look back at the BBC's coverage and was particularly underwhelmed by the beeb's graphics people. Apparently our bus services will be dramatically improved by using left hand drive vehicles. 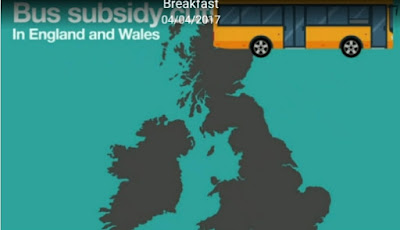 The BBC also ran a piece on the Beatles song "When I'm Sixty Four"...

Will you still need me, will you still feed me,
When I'm sixty-four
Every summer we can rent a cottage,
In the Isle of Wight, if it's not too dear

... in which they interviewed 64-year-old Isle of Wight resident Paul Stevens. 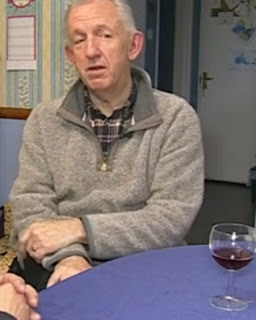