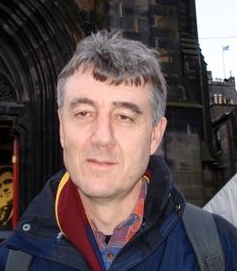 ... involved for many years in numerous bus operations in the UK. One of his current interests is High Peak Buses, based in Buxton, formed under the joint ownership of Trent and D & G. JP (a reader of this blog) was kind enough to forward to fbb mansions a selection of bus publicity. A bag of bus timetable books and leaflets brings a joy to the heart of fbb and a spring to the old man's arthritic step.

First out of the envelope were three booklets for D & G. The company has had an "interesting" history since being founded in 1998 by David Reeves and Gerald Henderson. JP bought Gerald Henderson's share of the business in 2006 after the original founder's untimely death.

But this blog is about now, not history and here are the front covers of the three booklets. 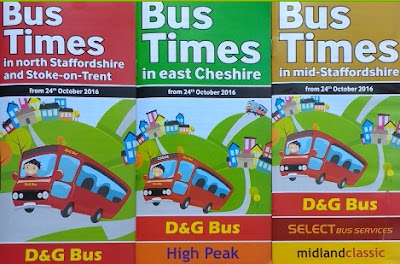 For those who, like fbb, are not 100% with it in this part of the UK, here is a thumbnail sketch of what happens where. 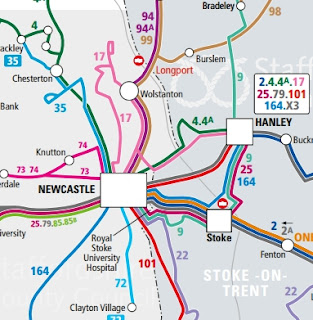 fbb is informed that Staffordshire Council have given up amending their network maps, so many of them are out of date. Yet another example of the desire of local authorities to encourage the use of public transport - NOT!

Because the book only contains D & G routes, the bus on the front is so lettered. 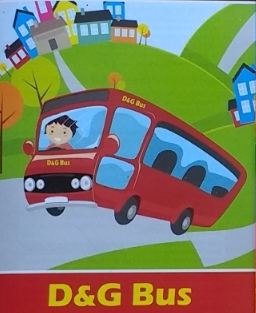 East Cheshire
This time we are in Crewe, Nantwich and Congleton. Here several routes and parts of routes are tendered by Cheshire East Council. Helpfully the booklet includes High Peak services in the area, so the front cover now has a High Peak bus peeping over the hill, top right. 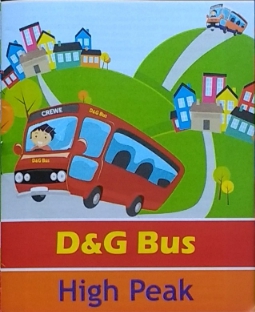 Sweet. Note, for those seeking to economise in their artwork, that it is the same bus with the same driver but different livery applied. Not just sweet but neat! 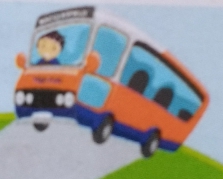 Mid-Staffrdshire
This time we have routes mainly based on Stafford and Stone. There are no maps in the books; probably a wise move as some of the services are some distance apart and could hardly be called a "network"; but fbb is particularly entertained by the diagram for Stone's town services. 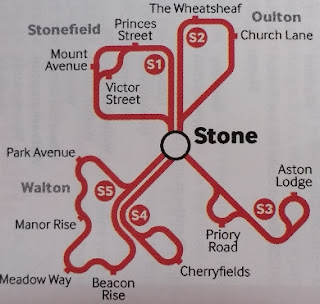 Maybe a few arrows to show which way round the loops the buses go might help; but, from timetables and map, your perspicacious blogger concludes that one bus ... 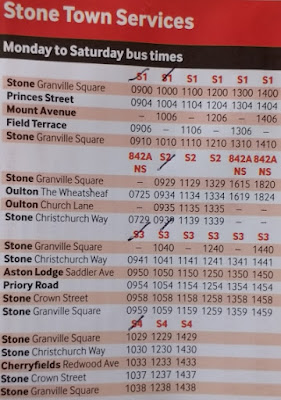 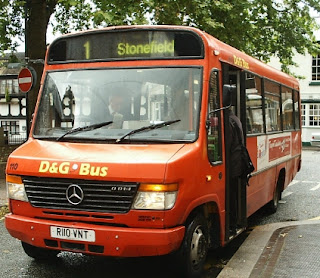 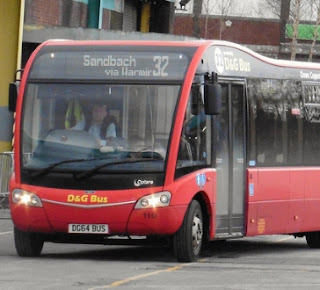 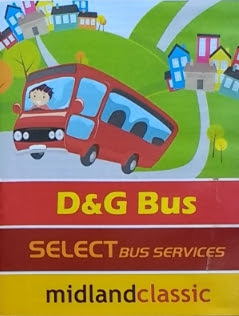 ... so we have an anonymous version of the bus on the front!

"Select Bus Services" is a name hitherto unknown to fbb. The company operates in the Wolverhampton and Stafford area on services tendered (or part tendered) by Staffordshire Council. 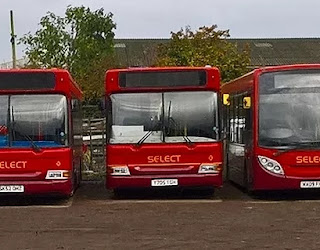 Three of the routes, 876, 877 and 878 look very mach like old Midland Red route numbers and in the last batch of Great Britain Bus Timetable data 876 and 878 are shown as being run by Arriva, Midland Red's successor in the area. 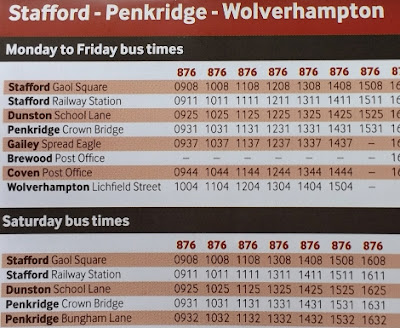 877 is shown as a Choice Travel tendered route.

All things considered these are superb booklets.

Now a question which will be repeated (one way or another) after each of this short series of blogs. You may remember the pathetic reply that First in Sheffield sent to one of fbb's correspondents who queried the lack of printed timetable information.

So how can D & G manage it? Are they making more money that First in Sheffield? Or, perhaps, do they care more about their customers? Perhaps D & G would like more customers? And First Bus in Sheffield?

Yeshua Ben Yusuf  has entered Jerusalem on a donkey amid shouts of praise and the scattering of palm leaves. Such a welcome would be reserved for a conquering king arriving in peace to take his rightful place on his rightful throne.

Get the message? The people who praised certainly did; but they were looking for a political or military solution to Roman occupation. But Yeshua's (Jesus') message was of a very different kingship and the need to deal with a very different problem.

Jesus went into the Temple and drove out all those who were buying and selling there. He overturned the tables of the moneychangers and the stools of those who sold pigeons, and said to them, “It is written in the Scriptures that God said, ‘My Temple will be called a house of prayer.’ But you are making it a hideout for thieves!” 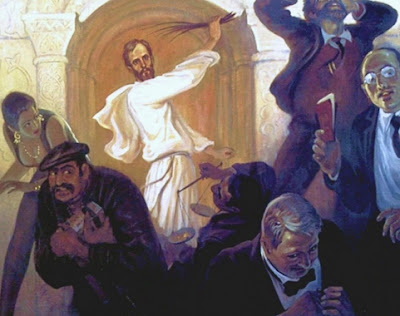 This was not the luvvy-duvvy Jesus that some would want; this was violence - with a whip!

fbb's Minister read a short "meditation" on this topic yesterday morning. Too long for a blog, so fbb will summarise.

If Jesus came to Seaton today
He would be welcomed as a star
Thousands would flock to hear him.

But he would need to be warned.
Stick to religion.
Don't interfere in politics
Or big business
Or our private lives.