It is worth remembering that, when the little railway from Funchal to Monte opened, it ran through largely undeveloped open country as this picture from the early 1900s shows. 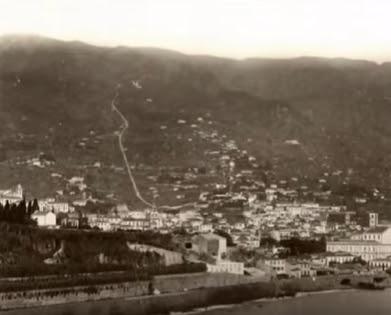 The line is a streak through virgin territory with the Church of Our Lady of Monte just about "spottable" near the upper terminus.

Which brings us to a problem. The last station on the line as built was at "Monte" ... 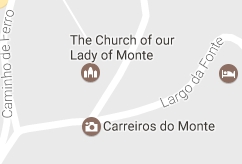 ... located lower left on the map extract above. Note the road name "Largo da Fonte". Here is the terminus ... 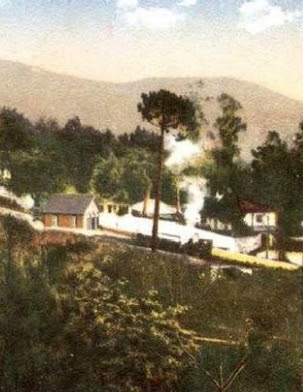 ... with the Church higher up to the left, extracted from the same postcard view. 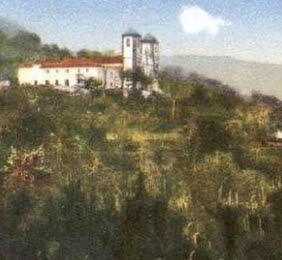 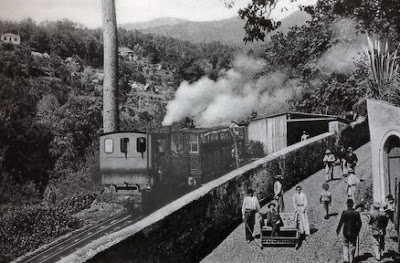 ... in the early days when the "shed" was just a shed. It was later improved and prettified. 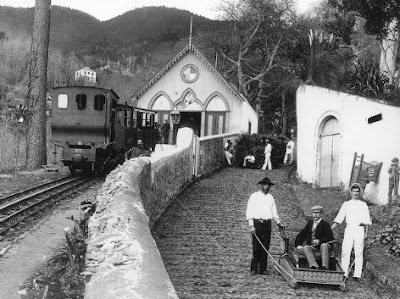 This is the station building shown in the coloured postcard view. In the list of stations, this stop appears to be called Atalhinho (Monte); so far, so good.

But in 1912 the line was extended. It crossed part of the estate that developed in to the Monte Tropical Gardens on a splendid viaduct ... 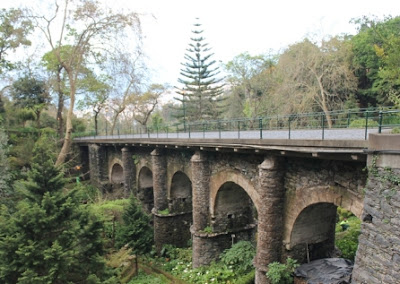 ... which remains as a road with fine views of the luxurious tropicality. 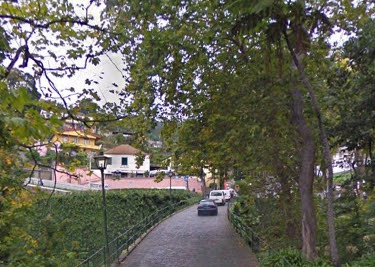 Then comes the next station. 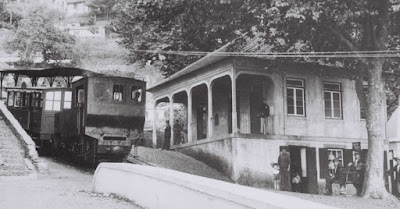 The was a substantial building with a metal shelter, later de-roofed just leaving the frame as glimpsed above the gaggle of eager passengers here.. 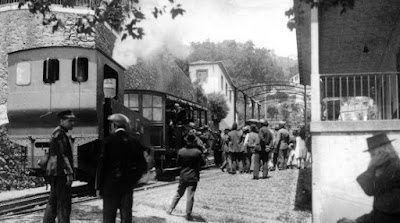 Confusingly this station appears to have been called Largo da Fonte, the same name as the road leading to the original terminal one stop back along the line. Closer inspection of the road outside the station building reveals that is is ALSO called ... 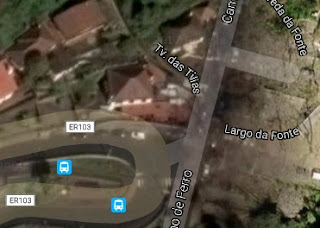 ... Largo da Fonte! This leads some articles to call the station "Monte" and to assert that this was the terminus. Can anybody "out there" resolve this? The building, with its balcony boarded in, still remains but was in poor condition. 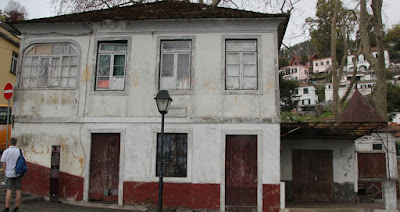 It has been proposed to turn this into a community building. Indeed there was a proposal to rebuilt the line from Monte to its summit; but this seems to have fizzled out. The line of route can still be followed with name "Railway Road" until it reaches a dead end further up the hill. 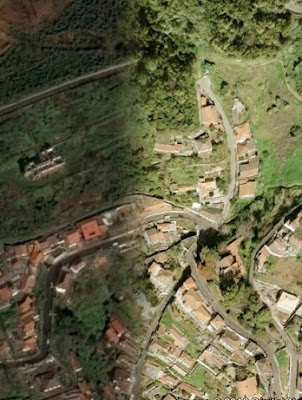 But careful examination of aerial views shows the track curving round and higher still. 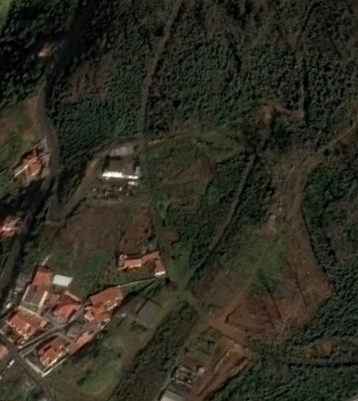 The 1912 terminus was at a hotel and restaurant named Terreiro da Luta. It still exists, although much rebuilt. There is, just about, a line of shadow in the trees running from bottom left in the shot above to below the modern hotel patio.

And here, from a distance, is the train standing at the terminus and showing that a considerable amount of earthwork was necessary to get it there and get passengers to he train. 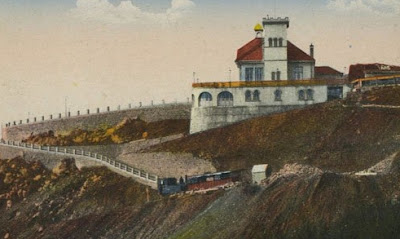 In its early days the views and the restaurant were very popular with the more wealthy tourists; the video extract below showing crowds walking down the slope from the hotel ... 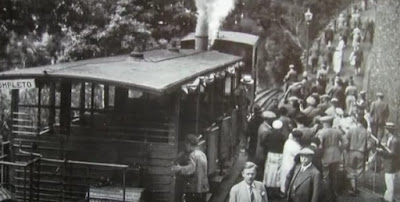 ... and the arriving trainload setting off uphill to enjoy the views and some refreshment.

The present Terreiro da Luta building is decorated with some memorable blue and white glazed tile reproductions of Funchal and, specifically, the railway itself. 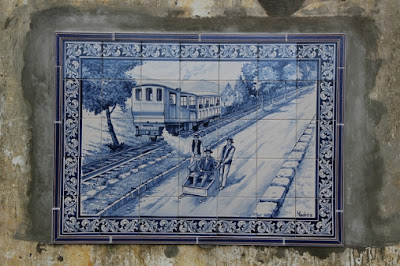 As comment write Andrew mentioned yesterday, the line began to lose popularity and the decline of tourism business as a result of World War 2 led to the line's closure in 1943.

In case you wondered, it only ever had one locomotive and one carriage! But we can make a reasonable effort to recreate a map showing route and stations; and a visitor to Funchal can still trace the lines remnants nearly 75 years after closure. 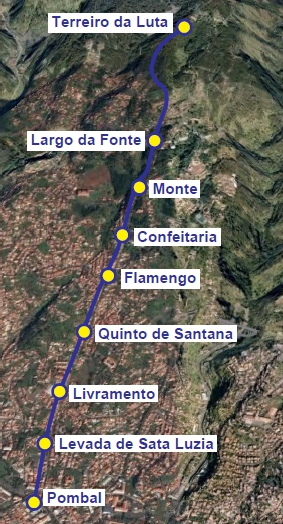 It would have been really fantastic to see even a short section of the railway re-created but that now looks very unlikely. Half-closed eyes and a bit of imagination are the only tools available to rebuild the intriguing little train service.