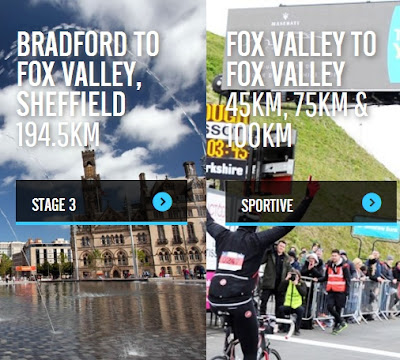 It is a cycling event which, on Sunday April 30th, ends up in Fox Valley which, being interpreted, is a "Retail Park" at Stocksbridge to the north west of Sheffield. 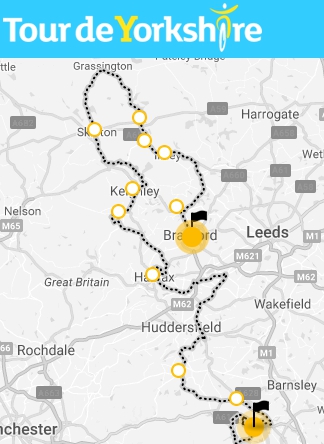 The poor cyclists start at Bradford, do a quick nip up hill and down dale via Grassington and end up whizzing through Penistone and Thurgoland to their eventual destination. Only it is worse than that. Having made it to Stocksbridge, the lycra-clad athletes then do a loop of the hilly bits to the west of the town. 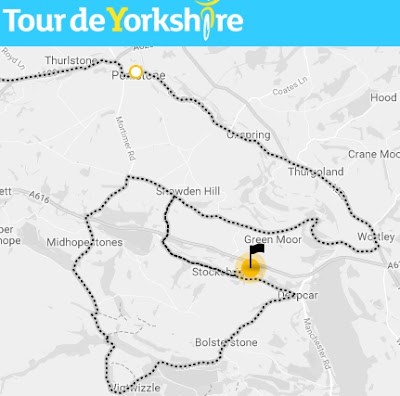 They pass through Wigtwizzle (pronounced Wig-Twizzle, by the way!) on what used to be Sheffield Transports popular "Lakeland Tour". It would be fair to say that Wigtwizzle is not the throbbing metropolis of Stocksbridge's hinterland ... 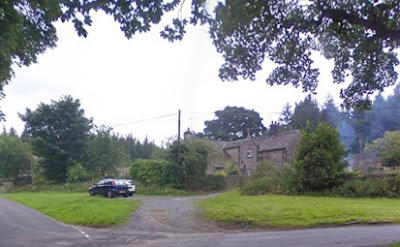 ... but the circuit is adorably picture-skew as they say.

In order to accommodate these masochists, roads are being closed and buses diverted from their normal routes; and yes, there are buses in Stocksbridge and nearby on Sundays. But not many!

Rather jumping the gun, fbb knows (clever lad that he be) that the affected buses will be :-

How he knows that will be revealed in due course. But for detailed information he whizzed off an email to each of the operators. In each case fbb, in mystery shopper mode, purported to be writing on behalf of Stocksbridgian friends who "had heard rumours" and did not have access to a computer.

The results were, to say the least, interesting.

First to Stagecoach Yorkshire. A very prompt reply came back:- 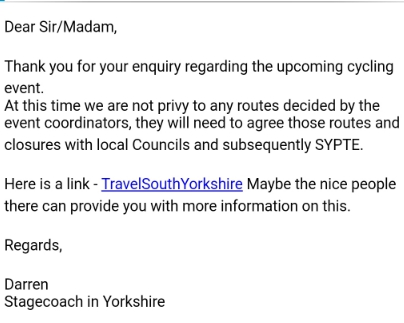 It is just possible that the Barnsley bit of Stagecoach Yorkshire was responding whilst SL1 is operated far far away by the Sheffield lot "and we wouldn't want nuffink to do with them in Sheffield!" 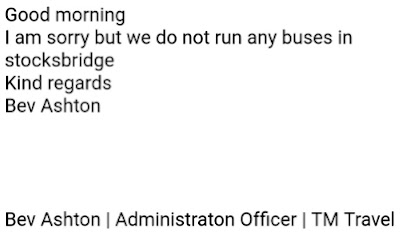 O.K. fbb has to accept that T M Travel do NOT run any buses "in Stocksbridge" and someone in an office somewhere may simply type "Stocksbridge" into a confuser and come up with nix. So try again and specify 24a and 29.

Another prompt but mystifying reply.

Bev (M or F?) seems to be referring to the evening journeys on service 4 which always serve Tesco ...

... and always stop at the Interchange. They never run via Nether Edge and they have nothing to do with cycling or Stocksbridge.

Finally, Yorkshire Tiger. Here is their reply, 30 hours later than the others, with reference to the 21a:- 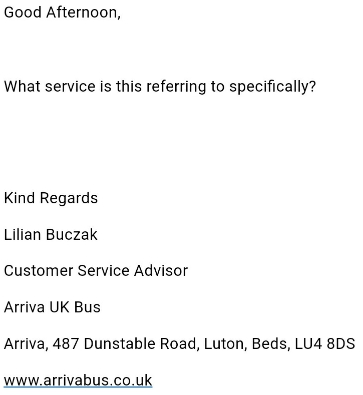 It is really helpful that a detailed enquiry for a bus service in the Barnsley area is being answered by someone in Luton. fbb sent back "route 21a" and awaited a reply. This is what had appeared by 2030 yesterday.

In fact the source of the information about the whole shebang came via a correspondent and he, with a little digging ... 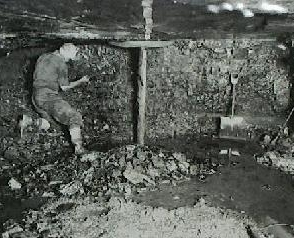 ... had discovered it deep in the seams if the Travel South Yorkshire web site. You need to know to click "disruptions" and there are loads of them. 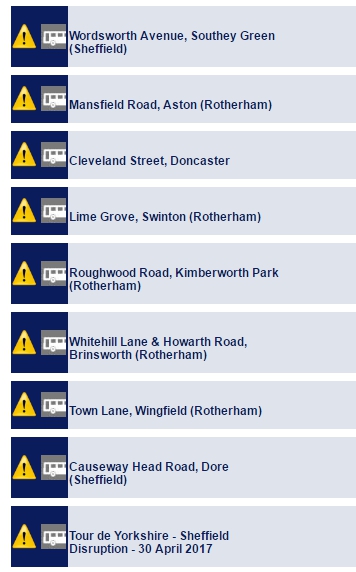 They seem to be in no particular order, neither date nor route number and, as usual, the only way to check if your service is disrupted is to plough through the lot.

Surely there should be a link from the timetables page ... 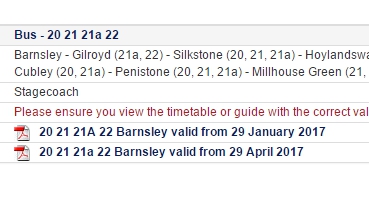 ... and, equally importantly, on the journey planners. 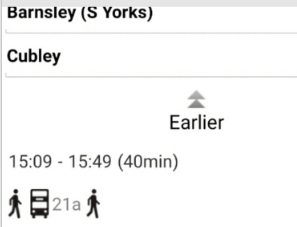 As this blog was prepared earlier this week, there was no warning to lead you to the appropriate "disruption" panel.

Tomorrow we will look at what IS available if you can find it. 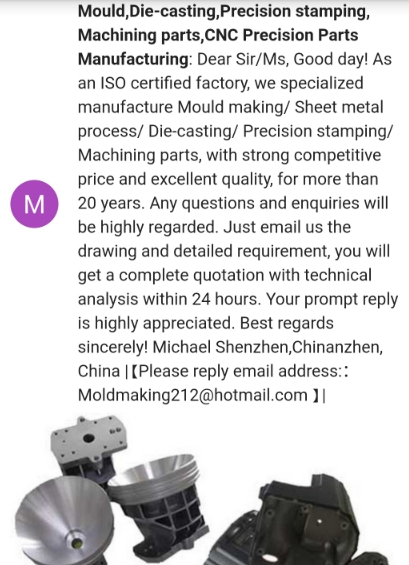 Just the thing fbb needs for his model railway project!