Our old friends from the Department for Transport (DaFT) have been reviewing the Tram Train project in the UK. 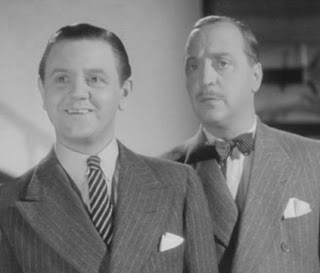 Come in Charters. The Minister wants a review of the UK's Tram-Train project.

But we don't know anything about Tram Trains, Caldicott.

Never fear, old boy. My young nephew, Torquil, is a very clever lad. He can use this thing called the Interwebnet. 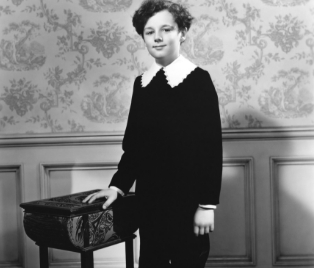 He has loaded some pictures down - or up; not sure what the correct term is. Torquil said that he was Googled ...

Sorry to hear that. Hope the lad's better soon.

No, no, old chap. He's fine. It's something clever that finds things for you. He found this:- 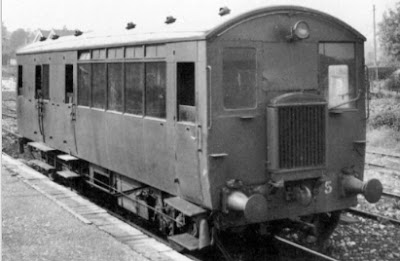 Torquil says that this one ran in Clevedon near Bristol over 100 years ago. But this one is a bit more modern. 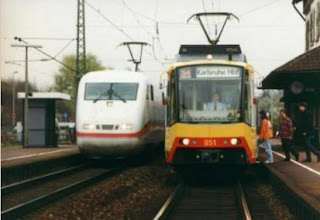 It's in Karlsruhe, Charters.

Erm, somewhere in Germany, I think.

Oh dear, Johnny Foreigner has beaten us to it, then. Is it a tram? Or is it a train?

It's called a Tram Train

It looks super-duper and new Caldicott. 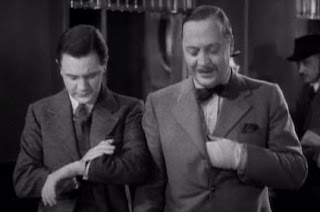 ... erm ... several years ago! So where can we go to review our Great British tram trains?

We haven't got any, Charters.

Poor show. Why not?

Don't you remember Charters? We went to look at a tram train project a few years ago.

Now you mention it. I do remember vaguely. We went to some God-forsaken Northern place by train. Was it in 2005? 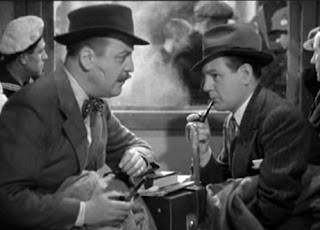 Got it! Penny's Stone. What sort of name is that? A wild and inhospitable place. In Yorkshire! 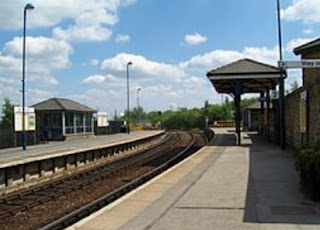 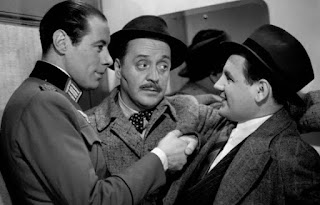 That ticket collector was a bit on the common side.

So they cancelled it. Thank goodness for that. A near miss if ever there was one. People out in the wilds wouldn't know what to do with a tram train. Just imagine shiny new trams running across that desolate viaduct. 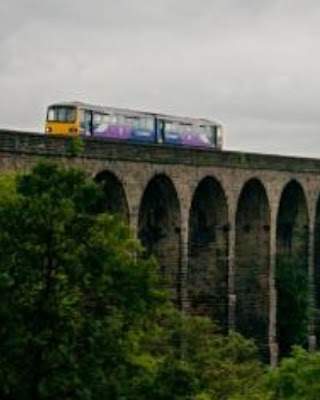 And who wants a diesel tram anyway?

Unthinkable Caldicott. Bad idea. That train above looks like a diesel tram anyway - so they've already got them.

It was Mavis who solved the problem, wasn't it? 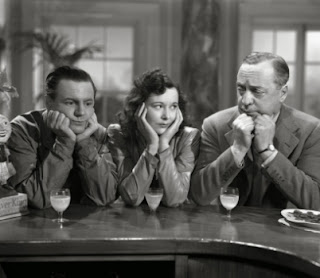 Indeed it was, Caldicott. How we all depend on our refreshment lady!

But she said that it would be better if the Tram Train project was run by proper trams, running off electric string like those in Carl's thingey.

But it was young Carstairs from the Home Office who sorted it out, wasn't it? Nothing to do with us.

He didn't have many tram systems to choose from, did he. Blackpool, rickety old rattle traps running along the sea front? Nottingham. No good; the trams go right over the top of the station ... 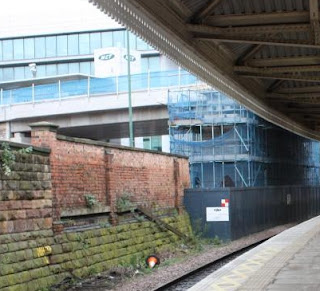 ... all too difficult. Croydon? Too controversial and it would get tied up with those idiots at Southern Trains. So ...

So we had better take a trip to Sheffield and see how they are getting on. But, Caldicott, do the people of Rotherham want a tram?

Not really, Charters, but they've been cutting up a bit rough about having to pay for Sheffield's trams, so this will keep them quiet for a few years until the novelty wears off.

It's another train journey, then?

YOU COULDN'T MAKE IT UP

When fbb was an RE teacher, he used to ask his kids/pupils/horrors, "If you were God, how would you change the world?"

Nobody ever suggested that sending your "son" to die on a cross would be a good idea.

Non-believers struggle with accepting the truth of the Passion story, although there is no real reason to deny its overall historicity. It happened! Of course you can challenge the detail but it is an incontrovertible fact that an obscure itinerant mystic was illegally tried and committed to a cruel and unjustified death. 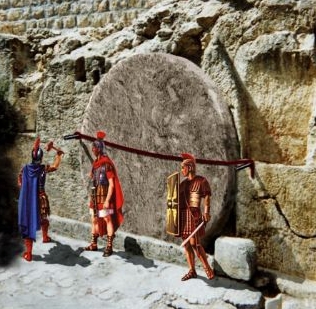 Because Saturday was the Sabbath, and because the Sabbath began at sunset on "Good" Friday, the body of Jesus was placed in a borrowed tomb which was sealed and guarded.

The formalities of embalming would have to wait until Sunday morning.

Or did it? We hear from Matthew again.

Suddenly there was a violent earthquake; an angel of the Lord came down from heaven, rolled the stone away, and sat on it. His appearance was like lightning, and his clothes were white as snow. The guards were so afraid that they trembled and became like dead men. 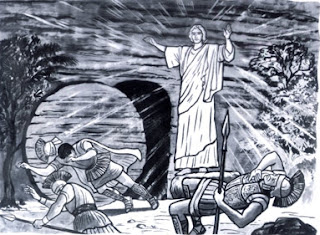 Was Matthew's account far-fetched? Was it poetic rather than literal? Arguments will continue for evermore but the historical fact is inescapable.