The good lady's previous expedition to the Norwegian Fijords was not a huge success. Fred Olsen's boat was afflicted with the norovirus and Mrs fbb was confined to her cell under armed guard for much of the trip. This is a second attempt to take partially disabled friend Joan for a few days away.

Joan lives on the Isle of Wight and Angela Holidays ... 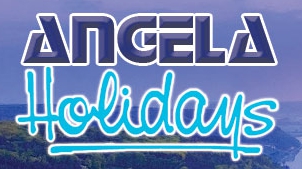 ... is based in Southampton. 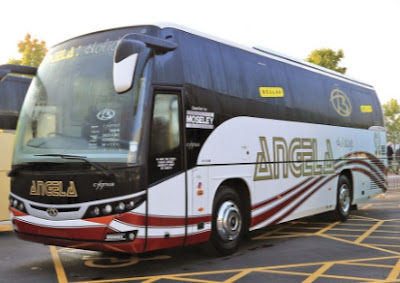 So yesterday the Mrs travelled by train to Southampton and spent the night in the Castle Way Travelodge, just a short toddle from the pick-up. 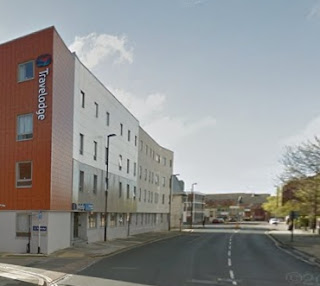 They would join the coach at Town Quay (near Fantinis restaurant, as Angela explained during a phone enquiry) ... 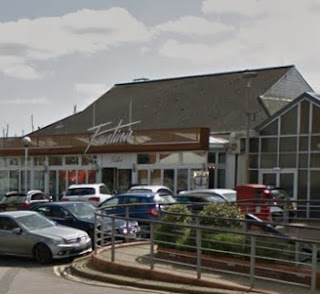 ... better known to the fbbs as "outside the Red Funeral car ferry terminal building" (picture below, far left). 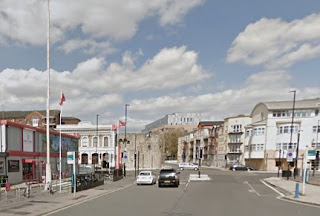 The itinerary looked good, and was especially interesting to Joan whose grandfather used to work at Beamish when it was a colliery, Joan's grandmother used to take her to the gates to meet him. Sadly the colliery in the museum is not on the original site, although many pictures pretend that it is. 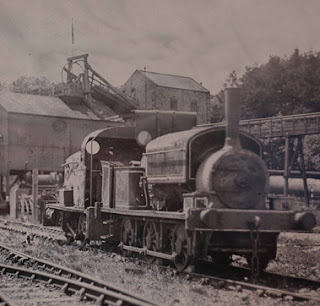 But here is the full schedule:-

Day 1 Morning departure to County Durham and to Redworth Hall Hotel for a four night stay. 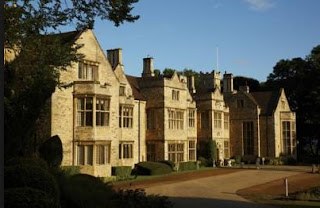 Four star! Mrs fbb did not take her cozzy! 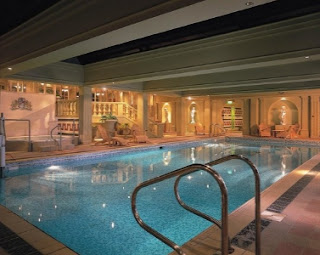 Day 2 We travel north to Chester Le Street and the famous Beamish Open Air Museum, to experience life of over 50 years ago. 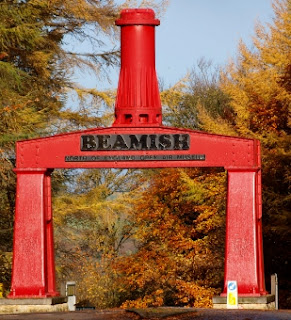 Trams ply the authentic streets, you can see the dentist, the post office and the general store. 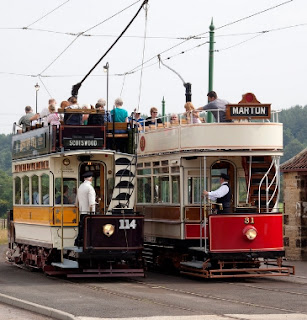 Maybe Mrs fbb will be excited by an ex Sheffield tram numbered 264?

This double-deck balcony tram was delivered to Sheffield Corporation Tramways in 1907 and was in service until 1956. It arrived at Beamish in December 1973 as 342 (owing to the large number of more modern trams introduced by Sheffield) and painted in Gateshead colours.

It operated in this form until 1985, when it was withdrawn for a major rebuild to restore it to its 1920s condition as open balcony car 264. After 14 years in operation at the museum, the decision had to be taken to withdraw 264 from service in 2002, pending major restoration work.

After over a decade out of use, Sheffield 264 has returned to passenger service following the completion of its overhaul and stunning repaint. Maybe not - but the tram is a real good-looker!

For fbb, however, the best bit, by far, is a ride behind a reproduction of Locomotion No 1 on the Pockerley Wagonway.

Day 3 Free day in the city of Durham, famed for its cathedral and castle. Discover a thousand years of history & heritage whilst strolling the lovely shops and lanes.

More about Durham in a later blog.

Day 4 A tour of the Durham and Yorkshire Dales with a local guide. An interesting day out that combines glorious scenery with rich history and some quirky little places to see.

Day 5 After breakfast, we travel south to Thirsk, ‘Darrowby’ in the James Herriot books. 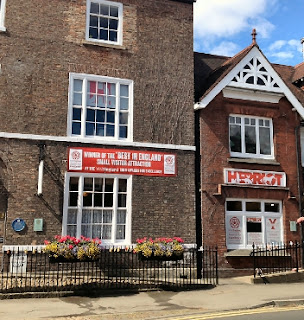 We visit his former surgery which is now a museum, we then continue homewards afterwards.

fbb reckons James Herriot didn't have such a trendy logo when he was just plain Alf Wight! 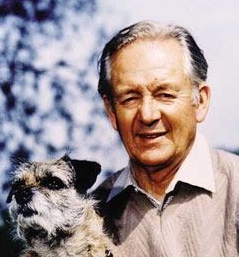 It all looks splendid, and good value too.

Unless there is an outbreak of norovirus on the coach, Mrs fbb will have a great time. In case you thought that a severe marital break-up was impending, fear not; fbb has a solo trip planned for later in the autumn. While poor Mrs was suffering c/o Fred, fbb, you may remember, was enjoying 10 public transport journeys a day in and around Paris.

Meanwhile, there are upcoming updates for GoTimetable Seaton, ditto Sheffield; Church meeting, Wednesday morning drop-in and a doctor's appointment (routine) plus a Church service to prepare for Sunday 18th. Such are the delights of retirement!