Wondering Where in Woodseats 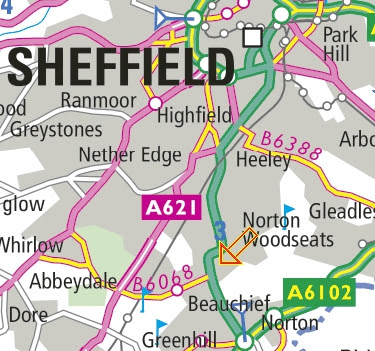 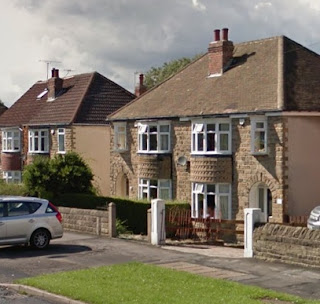 ... he used to walk to the junction with Chesterfield Road, turn left, and almost outside the Abbey pub ... 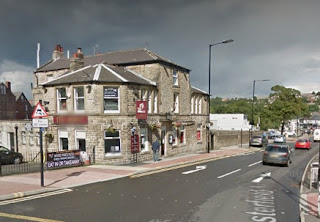 ... there was his bus stop. He aimed to catch a 75 which took him to the Moorfoot roundabout (now gone) ... 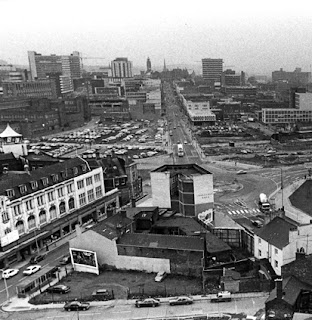 ... thence a short stroll to the pulsating heart of academe via Hanover Street (now demoted to a footpath!). 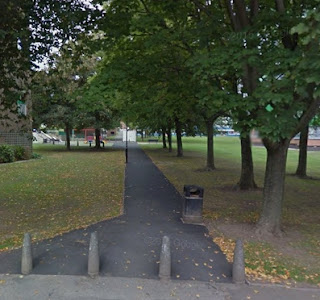 But less of this 50 year old nostalgia; back to Woodseats. Because of the proximity to a busy junction, fbb's University-journey stop has moved down the road to a lay-by outside Woodseats Library. 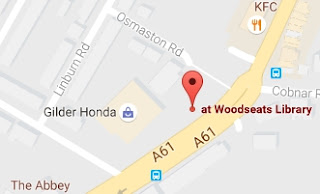 To its left is Gilders Honda showroom, to its right is a drive-"thru" Kentucky Fried Gristle Chicken. Life in all its richness is there!

But the Library is no longer; it is a late library, deceased, passed away; nay demolished. It succumbed to the demolition firm in the autumn of 2015 - AND NOBODY TOLD fbb! In this delightful night-time study (thanks to blog correspondent, Andy) ...

... you can just about make out the boards of the fence erected to protect the site.

But all three suppliers of information show the library in their timetables for the recent change on September 4th or (in Stagecoach's case) for the current service..

Is it too picky to ask, in passing, why TSY and Stagecoach need to use "Woodseats" twice? Is it just remotely possible that Woodseats Library would be at Woodseats? Remember the quote from Roger French in the current edition of Buses magazine.

Rhodri Clark, the author of said piece, expressed concern that stop names were often unwisely chosen. Pubs close, or change their names; post offices are disappearing and here, even the library has gone. It is due to be replaced by a shiny new library and medical centre ... 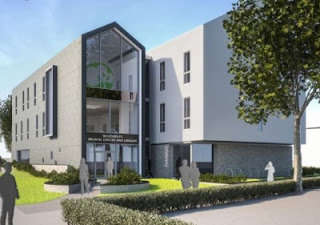 ... which is already controversial. The opponents say that putting the two together will be a traffic hazard as more vehicles seek access, particularly from the "wrong" side of the road. Others complain that the much taller building will "overlook" their houses in the roads beyond the rear boundary fence. 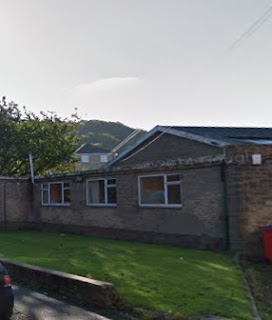 ... is plonk next door to the houses on Osmaston Road which has footpath access through to the bus stop. 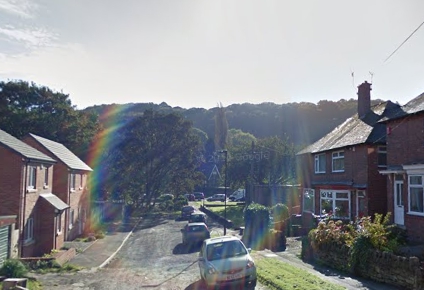 But the question is, "What do we do with the stop name".

fbb guesses that nobody involved with data management at TSY, First or Stagecoach knows that the Library has gone; but they have three options.

1. Leave well alone. Whatever name is used in the future, local people will still call the stop "Woodseats Library".

2. Change the name. Then change it back again when (IF?) the new Library is built. Doubly confusing.

3. Choose a name which avoids the word "Library". The obvious "Osmaston Road End" won't do because Osmaston Road no longer ends at the bus stop. 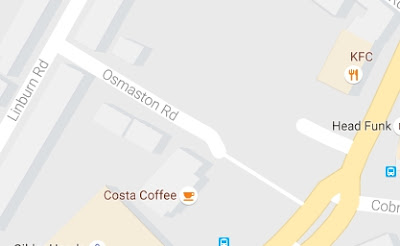 And, to make matters more tricky, the footpath has no name! 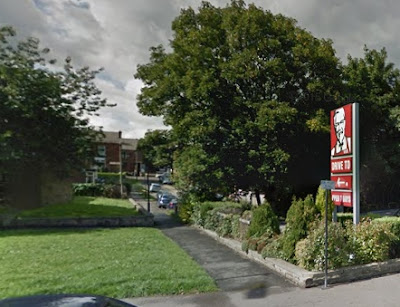 Woodseats KFC might sound attractive; finger lickin' good, indeed, but "KFC" used to be "Kentucky Fried Chicken" and who knows what crazy brand name might be developed by some equally crazy "brand awareness manager" in the future. Woodseats "Colonel's Cozy Chicken Coop" might not trip easily off the tongue. 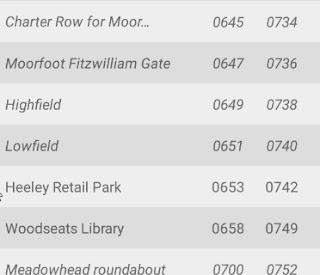 And what should GoTimetable Sheffield do - bearing in mind the team's heartfelt desire to do the best for their customers? 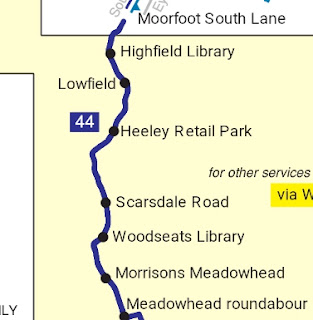 In tomorrow's blog, the problem is compounded by deciding what to call the stop on the opposite side of the road.

In the meantime, how's this for a double decker Double Decker. 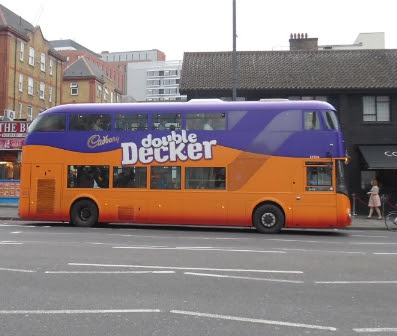 Somewhere under there is a Borismaster, the new routemaster. Thanks to Northampton correspondent, Alan, for this picture. Also for a superb shot of the Stagecoach FLF in glorious sunshine on service as part of Northampton's Heritage weekend. 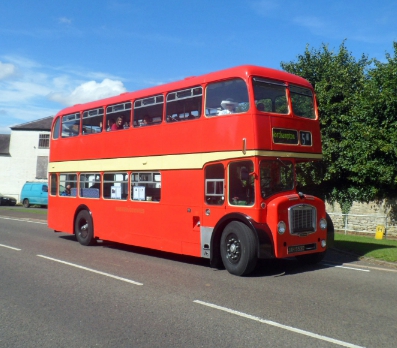 And yet another from Alan. 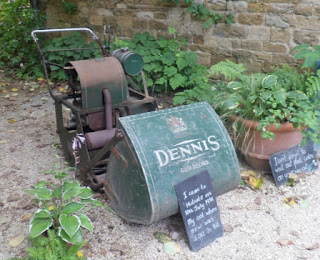 In 1922 the Dennis Motor Lawn Mower was announced. The company was already doing a lot of business with the local authorities so it was a logical step as they were responsible for looking after many acres of public parks. The mowers were innovative too and Dennis were the first motor mower manufacturer to include a differential in the rear roller allowing it to be turned without marking the grass.

Quick to see the benefits Dennis’ brochure claimed the mower could do in 3.5 hours a job that would take two men and a horse 7 hours. By 1925 Windsor Castle was a Dennis Mower user as were many of the fine houses and estates around Great Britain and the Colonies.


Next Woodseats blog : Wednesday 21st September
Posted by fatbusbloke at 02:00