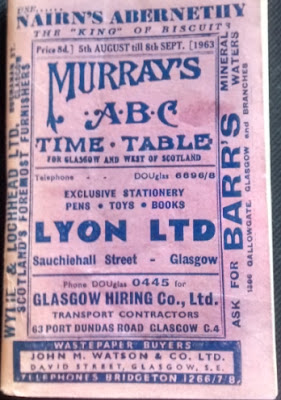 This was an age when mini railway "timetables" were produced locally. They consisted, usually, of lists of departures in very small print with lots of notes to explain where to change etc. They were not easy to understand! 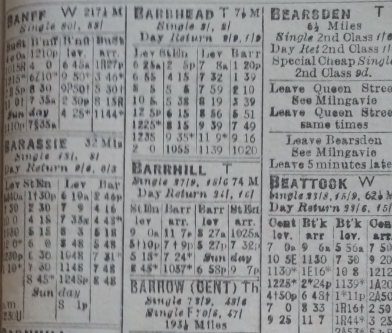 This "Murrays" was for Glasgow and offered times for most destinations in Scotland and a few of the larger English towns and cities.

This edition cost 8d (3½p) which inflates to about 64p today.

But it is the advertisements that are most fascinating 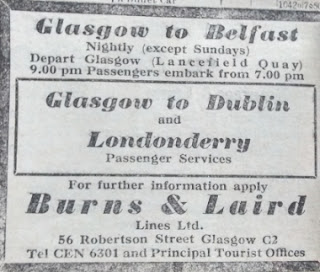 G & J Burns and Laird Line had both been operating under the ownership of Coast Lines since 1919. During over a century of independent existence before that, however, the firms had been pioneers of passenger and trade routes between Scotland and Ireland. A merger followed in 1922 and the Laird Line funnel of red, white and black was adopted by all of the ships of the fleet.

The Glasgow to Belfast route which is advertised on this poster was served by the sister ships Royal Ulsterman ... 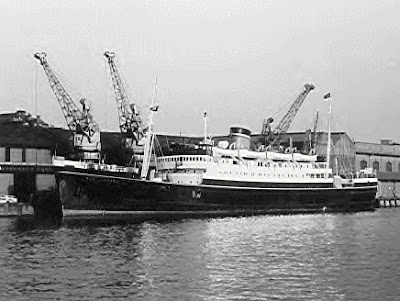 The Glasgow services ended in 1967 and company eventually became B & I lines which in turn became part of the Irish Continental Group ion 1992. In 1963 the boats left from the Broomielaw bang in the centre of Glasgow. 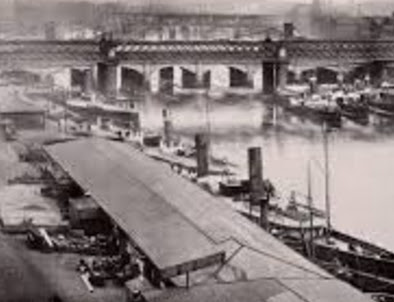 This advert is particularly interesting.

Sloans were also part of the Coast Lines consortium, but specialised in coastal freight. This quote appears in a web forum:- 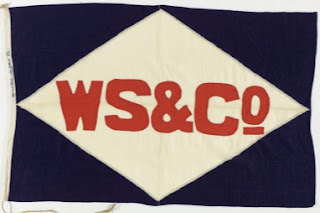 My father was a captain with William Sloan for many years. The company ran a coastal liner route as such, based in Glasgow. Normal trips were Belfast, Bristol, Cardiff, Swansea and Belfast before returning to Glasgow. I remember a part of the trade was tobacco from and to Glasgow which would sometimes include a stop in Dublin. 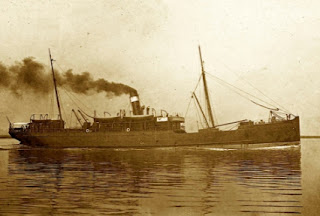 The ships for many years were steam ships built in Troon by Ailsa Shipyard and were all built to the same style, midship engined general cargo. Colours were Black hull with brown upperworks and funnel was black with single white band, quite a broad band at that.

The trade ceased in 1965. So the little timetable book was published as shipping from the centre of Glasgow was in terminal decline.

But there were still prestigious named expresses from Glasgow to London. 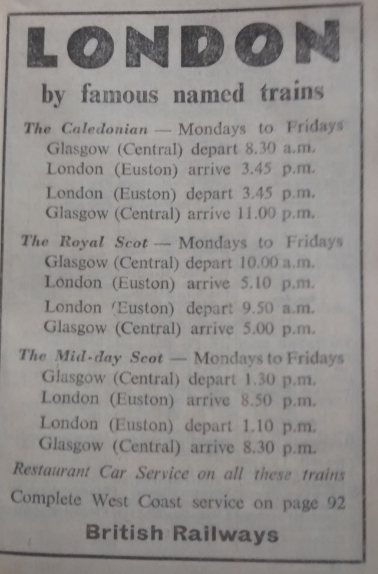 Note that the journey time on these "crack expresses" was over seven hours. Today Virgin West Coast takes about four and a half.

A shorter trip might be by train and ferry to Dunoon, possible for just a weekend. 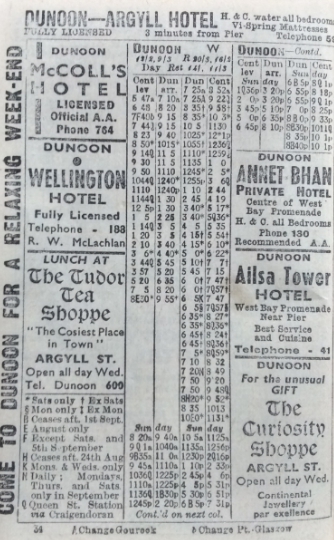 Something of the popularity of this town on the Cowal Peninsula is indicated by the collection of adverts for hotels etc. that surround the list of departures. The Argyll remains! 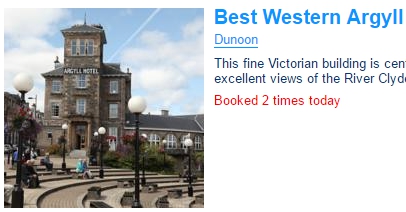 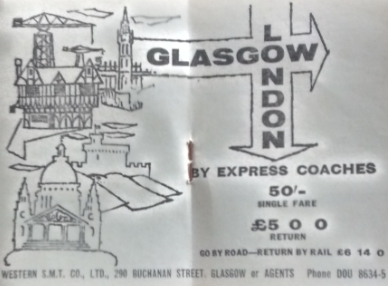 fbb could continue with snippets from this little gem for much longer; but it's nearly Saturday bed time. But here's a few more:-

Most rail services are simple departure lists but one or two (as here with the Cathcart Circle) are shown as full timetables. 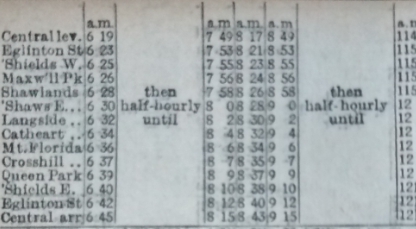 The present full circle is hourly.

Another full but complicated table is for the Glasgow and Clyde Coast Ferries. 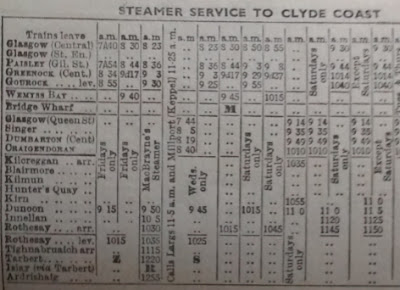 One advert had a tenuous link with Mrs fbb. 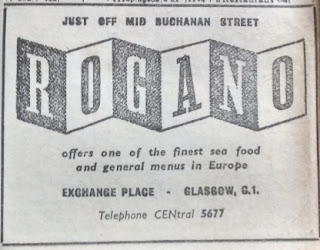 Her deceased father used to dine at the Rogano and, amazingly, it is still there on Exchange Place ... 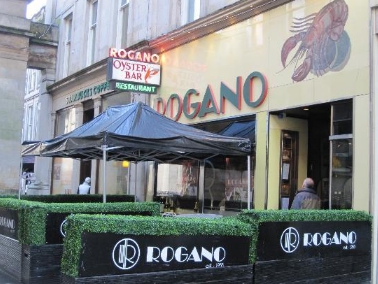 ... almost unchanged outside and in! 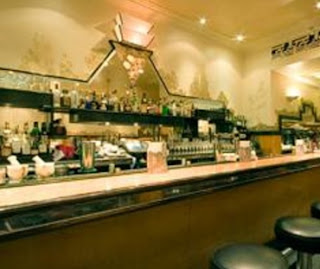 One final bit if social history. We all know American Express from their cartoon-style adverts.
But back in 1963, before credit cards had begun to proliferate, the company was very different. 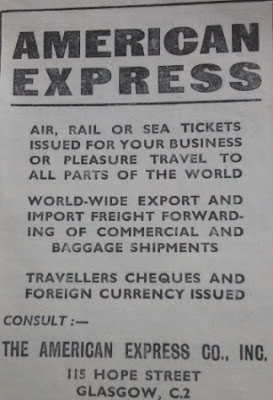 But then it all was 53 years ago! fbb was leaving Northampton Grammar School and about to arrive at Sheffield University. Quite a lot has happened since then.

Next bus blog : Monday 19th September
Posted by fatbusbloke at 02:00