... Of Miscellania and Memories

1: Horses and Horsepower
Have you even been to Les Attaques? 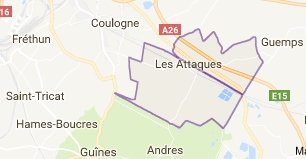 Unlikely; and of you have, you might not have noticed it. It is a village near Calais ... 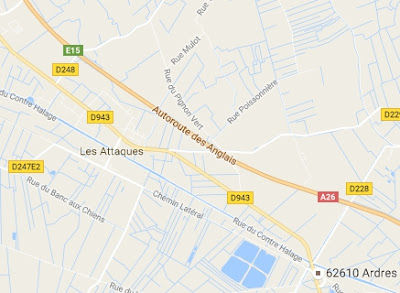 ... on road D943. Most traffic will use the Autoroute (A26) but will be paying tolls. When lorry driving David is not in a hurry to get his huge truck back to Calais, or when the refugees are being particularly aggressive, he may use the "old" (and toll-free) road.

Les Attaques is typical of the area; low lying, scrappy and totally unmemorable. There is a railway station (62610) at Ardres (bottom right) on the line between Calais and Lille. It has a sparse service (approx every three hours) on Monday to Friday only.

The station building is well-kept, but, fbb suggests, is now in private hands. There is no "guichet" (ticket office) and ... 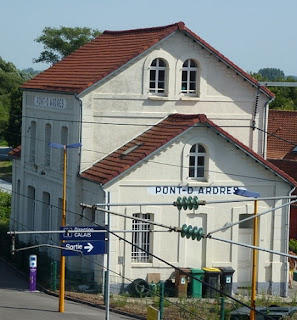 ... other transport connections are non-existent. 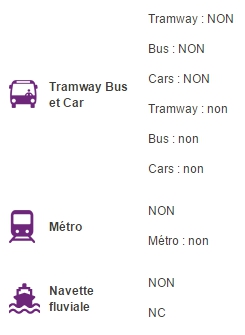 Indeed, it tells you twice that there is no tramway, no bus and no car (coach) available. From Google's Streetview it looks as if you get a shelter and a departure display ... 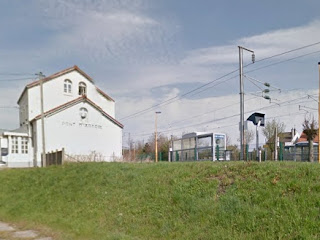 ... and that's your lot on the platform! At the entrance there is a bike rack and a timetable board. 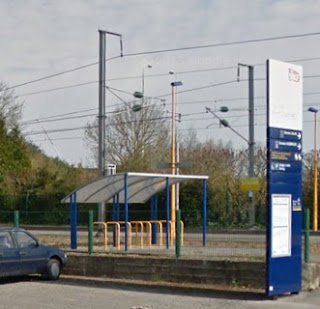 Other excitements at Les Attaques include a Netto supermarket near a huge water tower ... 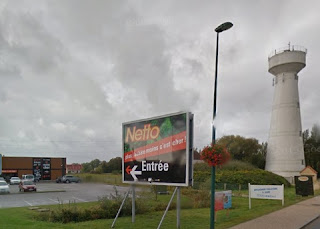 ... and a closed filling station. 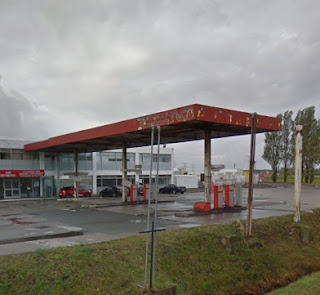 But the highlight of the community is ...

... Haras des Princes; an establishment that breed and trains horses, mostly for show jumping. From the road it is a typical seedy looking yard ... 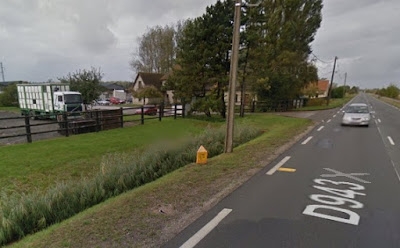 ... barely worth a second look as you trundle past on the D943. But when Dave drove by recently, about where the white lorry is parks as above, this is what he spied. 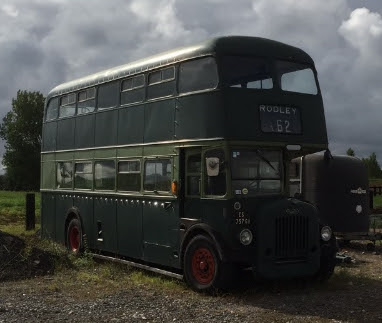 David apologises for the crummy picture, bet he had to leave his huge truck blocking the road and was afeared of gendarmes, so had to nip and pic quick!

The destination shows 67 Rodley which confirms that it is an ex Leeds Corporation Daimler with Roe bodywork, like this one. 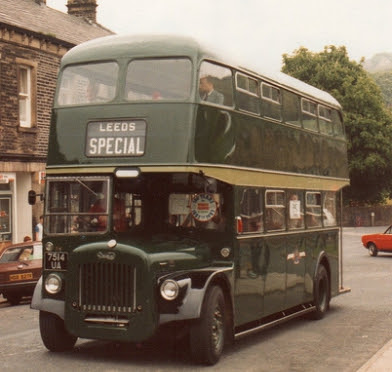 The bus appeared to be rotting gently!

2. Beguiling Bus Stop
Once upon a time you had to have a standard bus stop sign if you wanted to create, say, a legal no stopping area or enforce no parking in a bus layby. This one is from Ulsterbus, but UK rules were similar. 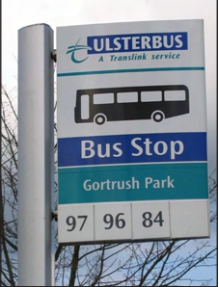 You could add an operator name, a stop name and route numbers but not an operator logo. The "standard" bus, black on white, was essential; the only permitted exception being for London which could retain its globally recognised flag. 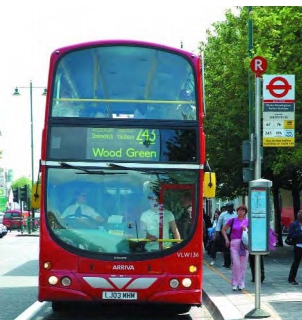 Maybe the rules have changed, or been mitigated; or maybe they are just ignored, but no such specification appears to apply these days.

Anything goes, particularly (but not exclusively) in the PTE areas. 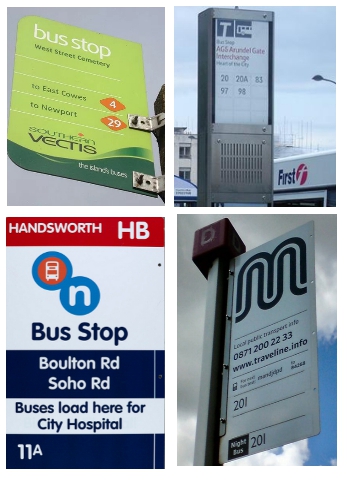 But how about this one?

Back in the late sixties, Sheffield Corporation bought its own baking machine so that it could make its own road signs and save loadsa money. So the lads at the depot in Queens Road took a "standard" bus, modified it with a hi-tech pair of scissors and cooked this one - special like. By now it was 1977 and the PTE was given permission to try out an articulated bus.

It was left hand drive, right hand entrance and it gave the Sheffield populace (slimmer bb included!) little tours round the city. 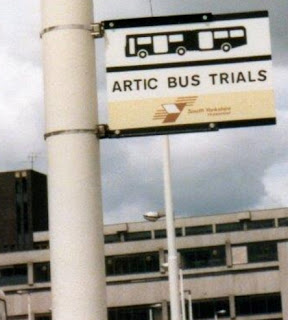 And here's the bus at Central Bus Station where the wrong-side sign was installed.. 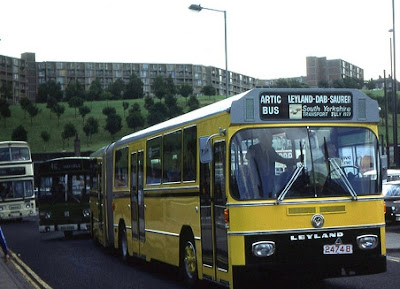 3. Silly Station Sign
This is St Margarets Station which, as its name clearly suggests, is at Stanstead Abbots in Herfordshire. In helpful mode, the train operator (Greater Anglia), posted a very nice local map, a bit like this one, inside the recently refurbished station:- 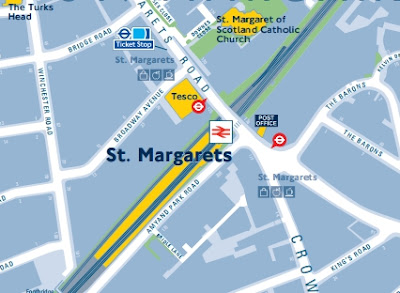 Sadly, the map was for the other St Margarets Station which as we all know ... 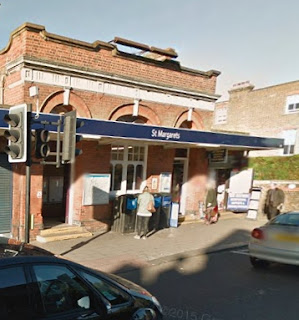 ... is in Isleworth, London, approximately 30 miles away.

Well, Greater Anglia is run by the Netherlands Government! 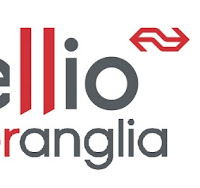