Modelling Magnificence - At A Price!

Oh Gosh; "O" Gauge
When fbb was very small (? aged 7 ?) he was given a second-hand Hornby trainset for Christmas. He thinks there was a green clockwork engine ... 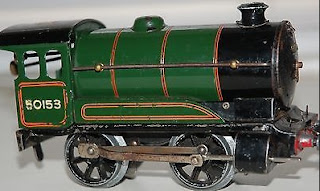 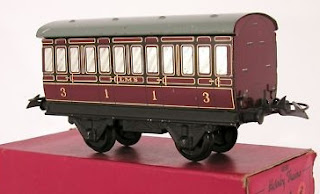 ... a few wagons and a collection of track including some points. 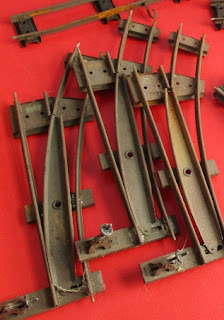 There was enough track to build a reasonably sized circuit which went under the bed. To hold the sections of track together, there were these clips. 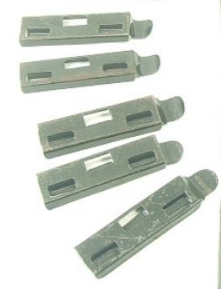 They were very fiddly and often came undone allowing the track to come apart and create spectacular crashes. Needless to say these disasters only happened under the bed. And every time the little chap rejoined the rails at one point, they would tend to come undone at another.

The other frustration was that the locomotive only had two controls. 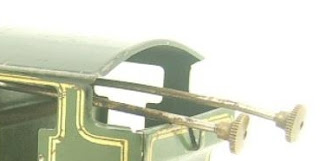 One rod did stop and start, the other was for forward or backwards. This meant that there was no speed control and a lightly loaded consist would set off at a hugely unrealistic speed similar to a present-day Japanese bullet train and promptly derail at the first corner.

fbb remembers becoming bored with his train set very quickly; and "all his chums" (one chum actually) had Hornby Dublo which was electric. It was another 5 or 6 years before a very basic Triang OO gauge set appeared, again for Christmas.

Meanwhile O gauge became something of a specialist hobby, out of the range of mere mortals. Either you had to build everything yourself from scratch or buy kit models and make them up using instruments of self-harm like soldering irons. This is an etched brass brake van kit. 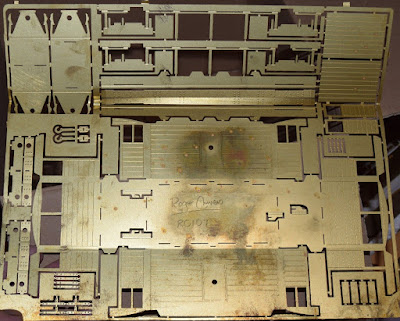 Helpfully, they usually came without wheels and sometimes with the extra cost of a detailing pack. And you had to paint them.

Obviously, you need more than a tube of glue to put these together.  Briefly, an adult fbb did have a dalliance with O gauge, and persuaded Mrs fbb to treat him to some Slater's wagon kits as a starter. 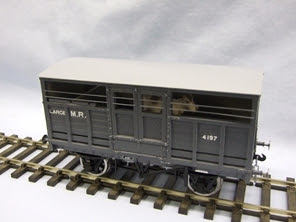 His signal box and footbridge kits ... 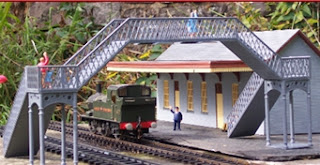 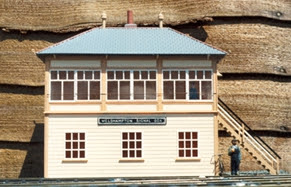 ... became a useful source of plastic chunks for his present OO layout.

But very soon grand plans for a layout running round the back garden of their Isle of Wight home came up against Pensioners Poverty and the realisation that such a project was too big, too expensive and, frankly, unachievable.

The partly made-up wagon kits are still in one of the dozen or so boxes as yet unpacks from the move to Seaton three years ago.

But in those three years (and a bit more) something has changed. O gauge models are now being produced, fully finished and ready to run at what the manufacturers call "affordable" prices. 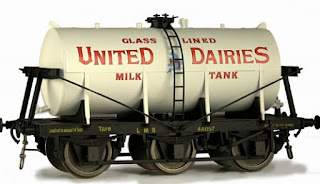 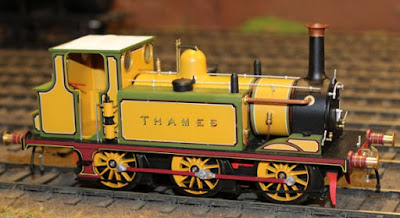 Bearing in mind a typical OO gauge tank loco is often priced at nearly £130, this beauty is not intrinsically expensive. And no wind-up key required - it's powered by the lectric.

OK, too pricey for fbb, but good value if you have the space and the money to develop a layout in this size. Today, however, the range of available models has grown rapidly.

Heljan A/S is a Danish model railway company based in Søndersø. Originally specialising in decorations and accessories for model railways, it has now also developed a substantial range of rolling stock. It has diversified into modelling the British scene, and since 2002 have released several OO gauge diesel locomotives, and several O gauge models. British Outline now forms the biggest part of the Heljan business and UK operations are run from Denmark through an agent. In line with other model train companies and to keep costs to a minimum models are manufactured in China.

The O gauge A C Cars railbus sells for about £400. 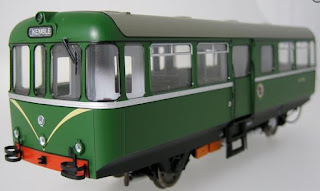 
One recent development is that models are often sponsored by a retailer.

Hattons, fbb's supplier of choice for second hand OO stuff, has just taken the O gauge game to a higher level. They have announced an A4 pacific (Streak) with various names and liveries for £750 ... 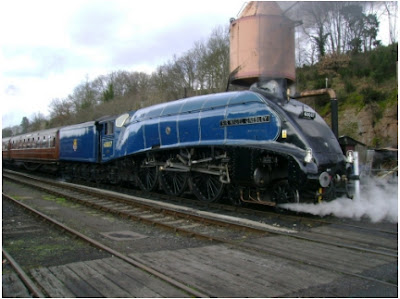 This announcement is in addition to an extension of Heljan's range of diesels.

Then comes further news that Dapol have merged their business with specialist O gauge manufacturer Lionheart. 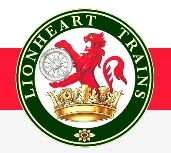 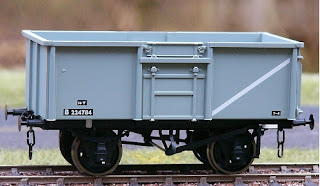 ... and an equally ubiquitous GWR tank loco to go with it, at a really frightening price of £1,700. 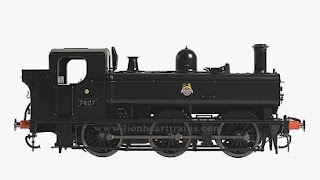 fbb guesses that these eye-watering numbers will come down under the management of Dapol.

But it has all moved on a long, long way from fbb's tinplate toy! Just compare the milk wagon above with the tinplate tanker below. 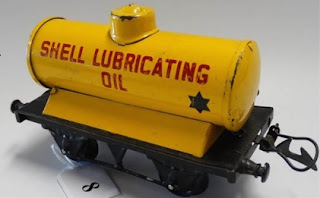 So all the old man needs is to make millions from his GoTimetable consultancy work; buy a bigger house with garden (and a gardener or two) and live long enough to build a huge O gauge layout therein,

And a question for tomorrow. What did lorry driving correspondent Dave find in the yard of a horse breeding establishment alongside a road in northern France?