Regular correspondent Andrew emailed (fbb@xephos.com) to explain how to find "proper" timetables on the MÁV web site. This immediately reveals that the "timetable" fbb quoted for his pal's ride from Déli to Keszthely ... 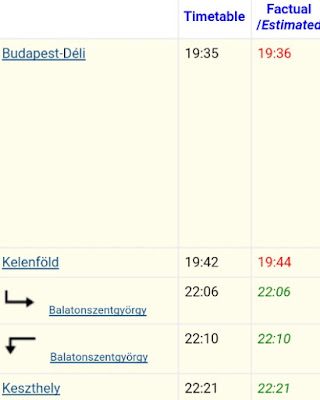 ... was not much more than an expanded journey plan answer. Having found the "timetable book" on-line, you really need the railway's network map to find your way around. This tells fbb he needs table 30. 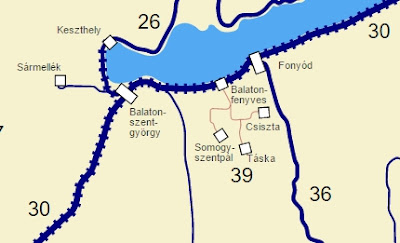 Keszthely is upper right and Budabest is way off the top tight hand corner. In common with many (most) European rail operators, the timetable is for the whole year (December to December) and for all seven days. It can be hard, combined with a lack of the local lingo, to sort it all out; wrestling with column headed notes and wiggly lines.

Fortunately David's hoped for 1935 from Déli is a seven day a week jobbie; so here it is extracted from the whole table. 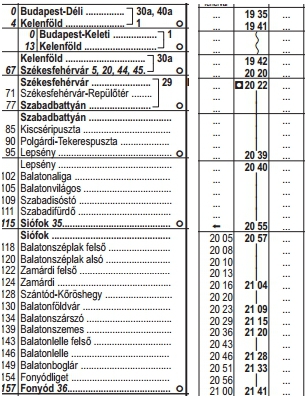 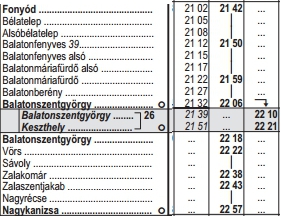 Whoops; forgot to copy the kilometreage for the last bit. But you can see that, from Siofok onwards, the "express" makes frequent stops, some at quite small halts. For example, at Zámardi, facilities are somewhat basic non-existent ... 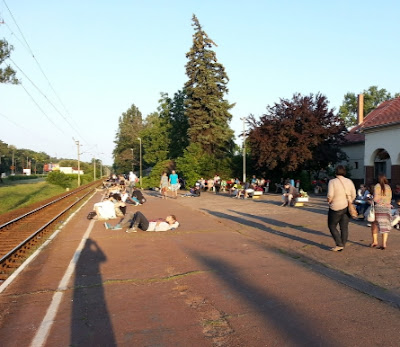 ... and the station building is now a caff! 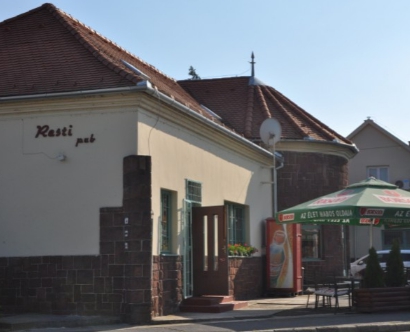 It will, indeed, be fascinating to hear how David managed. He returns home tomorrow. 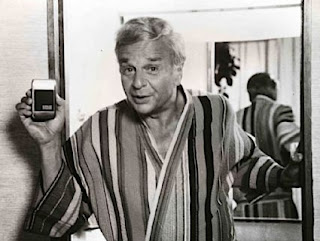 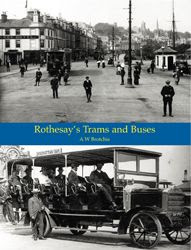 "Rothesay's Trams and Buses" has a cover price of £13.95 and is mostly a pictorial survey of trams and buses on the Isle of Bute. Author A W Brotchie is very clearly a tram man; of the 80 pages, nearly 60 are dedicated to the tramway's 44 years of operation with only a modest 17 to the 70 years of exclusive bus operation. He disposes of post deregulation in a few well chosen picture caption; but, unlike fbb, he does seem to get it right!

fbb would have like more bus and more on the development of services with a few maps. After all the tram was just one route with one later extension; buses ran everywhere!

Pages 3 to 7 give a textual introduction to the photos and includes a better overview of bus development (bus decline) than perhaps the pictures suggest.

But a couple of mysteries (well, mysteries to fbb) are solved. There was a horse bus going to Ettrick Bay, not served until electric trams arrived. 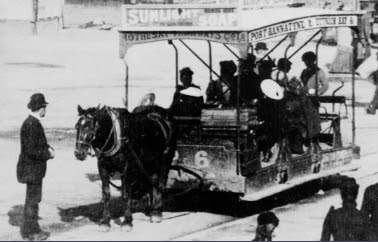 AWB tells is that the tram ran to Port Bannayne where you transferred to a horse-coach for the rest of the journey. The coach ride cost 6d single (the equivalent of about £3 in 2016), by no means a cheap option!

Another piece of fbb obscuration is also made clearer. Although the reserved track alongside the B875 was clearly visible in its new role as footpath and cycleway ... 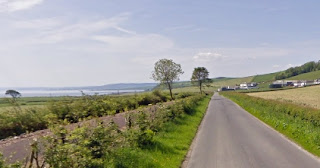 ... the whole route between Port Bannatyne was so segregated. Here are the tracks leaving the main road at the north end of the village. 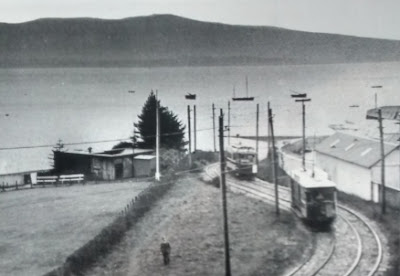 The trackbed is still there, seen here from the opposite direction with the boatyard buildings (no longer standing) indicating the general direction. 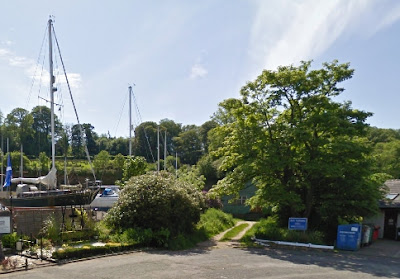 AWB also reveals that the concert hall and refreshment rooms at Ettrick Bay were tun by the tramway company ... 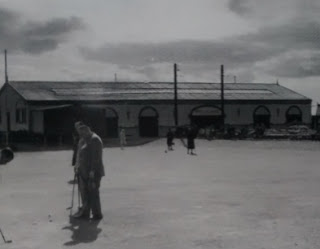 ... and that, at peak times, trams ran every 2½ minutes! There was a small miniature railway which was, as you might have guessed, also run by the company. 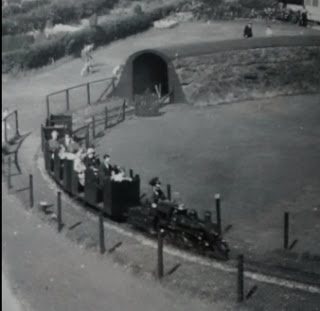 There is so much more in this wonderful volume that a dozen blogs would be insufficient to convey its delights - so go out and buy it, Even if you have no idea where Rothesay is or no interest in public transport minutiae, this book will entertain the reader immensely.