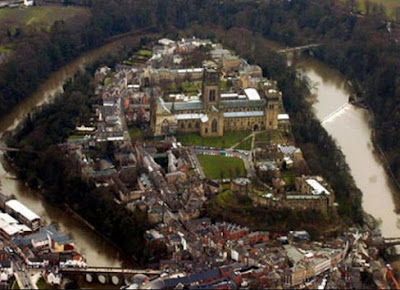 Founded over the final resting place of St Cuthbert, its Norman cathedral became a centre of pilgrimage in medieval England. The cathedral and adjacent 11th-century castle were designated a World Heritage Site by UNESCO in 1986. The castle has been the home of Durham University since 1832.

Ancient Durham lies on a hill almost totally surrounded by a loop in the River Wear. The Cathedral dominates the town with views from the river ... 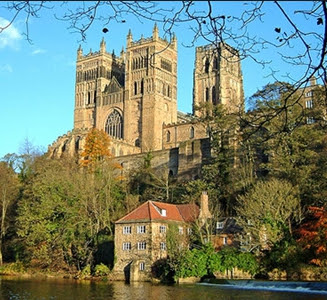 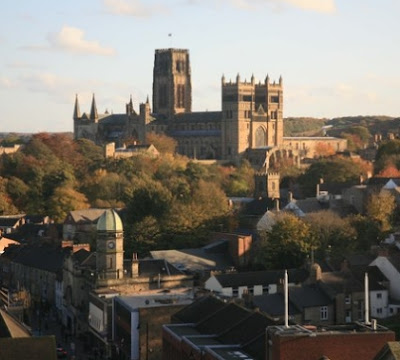 ... all aspects being truly magnificent.

But getting up to the cathedral is a toughie because by definition you start at river level. Mrs fbb was told she would be set down "by the footbridge" ... 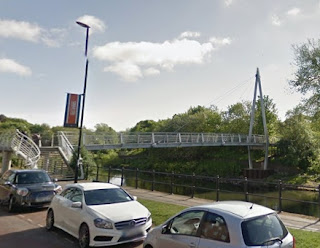 ... at the coach drop-off point. This turns out to be a tad misleading. The drop-off point is by the passport office on the other side of the river from the footbridge pictured above, and with no view of said bridge! 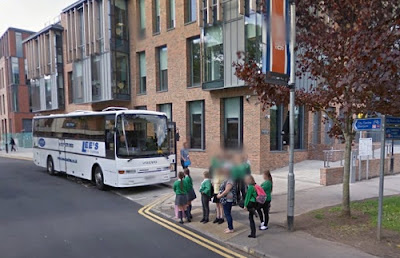 From here by foot the Mrs, accompanied by her two (more) elderly companions, would need to find her way to the old Market Square ... 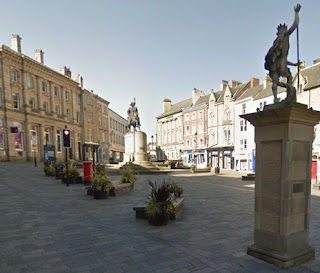 ... and begin the substantial ascent of Mount Cathedral. 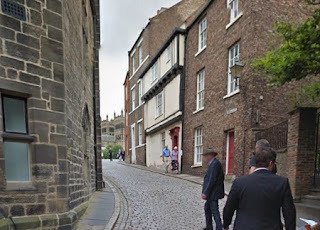 The Cathedral Square is magnificent. 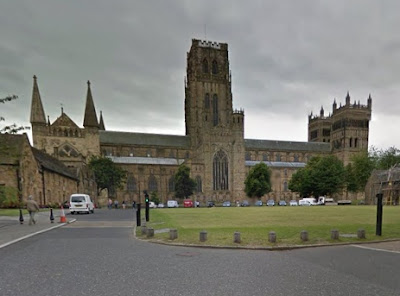 Once upon a time you could get there by car and, if fortunate, park there. But, some years ago, all but essential vehicles were banned from access to the Cathedral and a bus service was introduced.

In September 2010, electric vehicles were introduced. 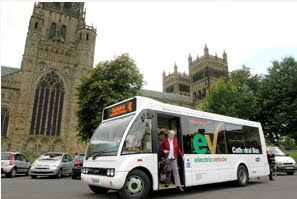 A bus ferrying passengers to Durham Cathedral made its own little piece of history this week.

Durham County Council has become the first local authority in the UK to introduce a full-size electric bus on one of its regular passenger services, the service linking the city’s railway station and car parks with the cathedral.

Bus manufacturer Optare has handed over three Solo EV zero emission vehicles to route operator Veolia Transport. The new models will take over the route of the current diesel service, and are expected to dramatically cut greenhouse gas emissions. 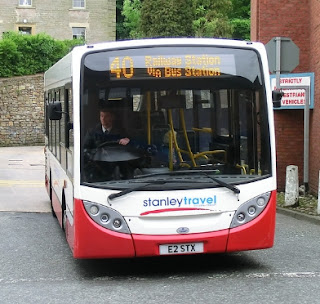 There are two routes; 40 from railway station via bus station every 20 minutes .... 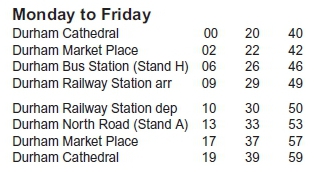 To complete the set, there is a Monday to Friday peak time 40B which runs from Station to the University, but the bit that isn't up the hill near the Cathedral.

Mrs fbb was instructed to catch the 40A which she did with no trouble. Coach driver Ray inforrmed his passengers of the bus etc. Txt reports from our on-the-spot reporter, Mrs fbb!

Mrs fbb's reply shows a certain lack of accurate finger prodding, but you will get the idea. 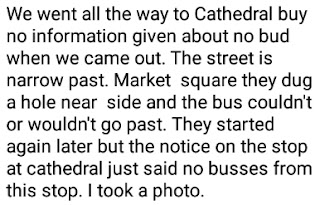 But a solution was found. 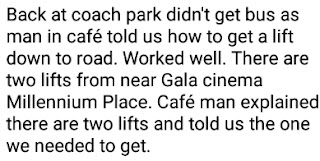 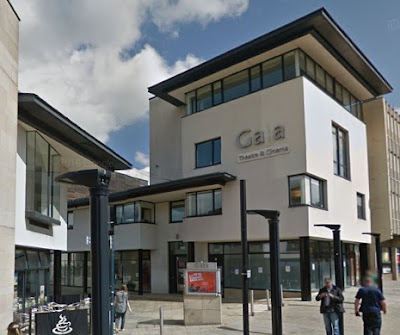 At the far end of the little precinct is a lift ... 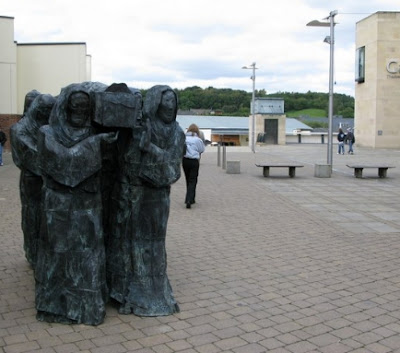 ... which takes you down to the river level. It leads out into a rathar uninspiring alley. 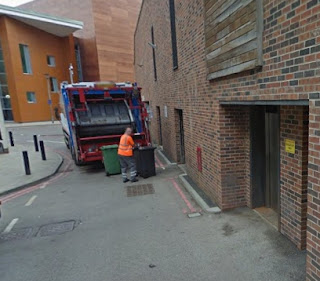 Turn left past the bin lorry (which wasn't there!) and, lo and behold ... 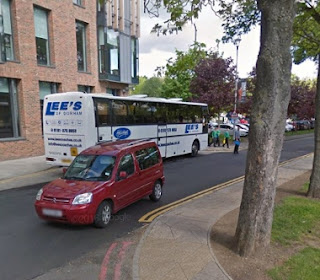 ... there is the coach drop off point with the coach park pick-up a couple of hundred yard further on.

So it is many thanks to Ray the coach driver for reinforcing fbb's advice; thanks to the cafe man for sending Mrs fbb and chums via the lift-equipped short cut - but no thanks whatsoever to whichever utility dug a hole and interrupted a vital bus link to the Cathedral.

And not a whiff of thanks to Stanley Taxis, Durham Council and Traveline North East, none of whom made any mention of the interruption to service on their web sites - not even a warning that it might happen.

Wasn't one of the suggested benefits of the interwebnet that it could keep people upto date with all the latest news? 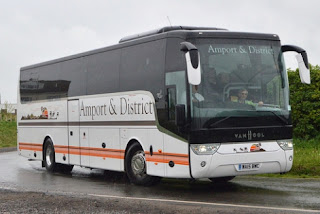 From Ray the driver - via Mrs fbb.