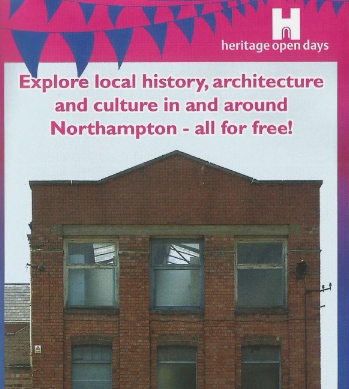 Northampton 146 is ready to depart on service 4 as far as its one time terminus of Lindsay Avenue ... 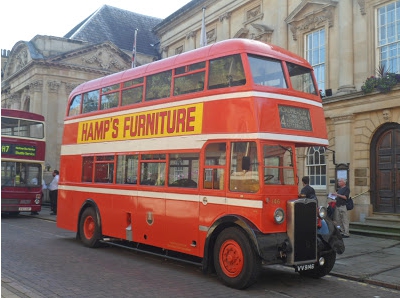 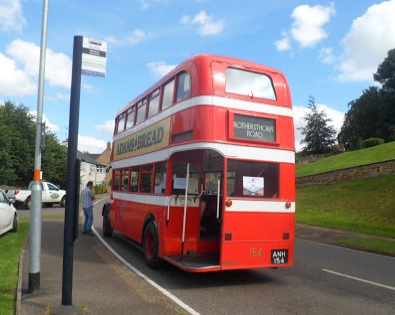 It has over-run its indicated terminus of Rothersthorpe Road where the traffic island, substantial wooden bus shelter and Bundy clock are no more. 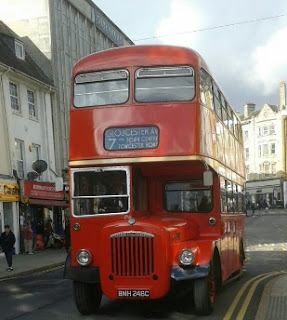 The destination was a short working on service 7 to the Towcester Road area. 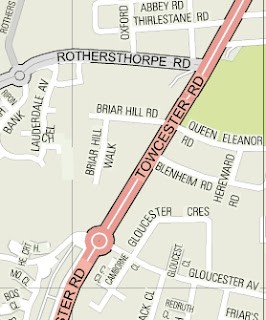 The stop had a distinctive shelter, seen here ... 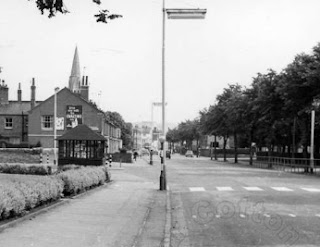 ... upon which was installed a Bundy Clock. 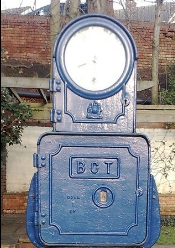 Bundy's clock had various improvements on its predecessors; for example, each worker had his own key. A year later his brother, Harlow Bundy, organized the Bundy Manufacturing Company, and began mass-producing time clocks.

In 1900, the time recording business of Bundy Manufacturing, along with two other time equipment businesses, was consolidated into the International Time Recording Company (ITR).

In 1911, ITR, Bundy Mfg., and three other companies were consolidated, forming Computing-Tabulating-Recording Company (CTR), which would later change its name to IBM.

Northampton's clocks were painted green and the key was held by the conductor who nipped off his platform and recorded his time and his presence at selected locations on the network.

Alan concludes his report as follows:-

Not only did I get to ride on to Hardingstone, Hunsbury and Duston on newly restored 146 I also got a conducting turn on Sir Brian’s FLF. 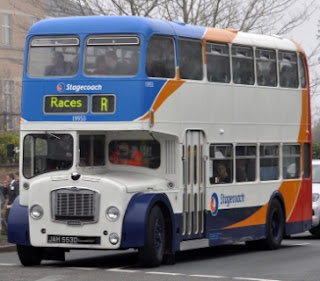 The bus has been a regular performer at Cheltemham Races and has appeared in Peterbrough and District deep red ... 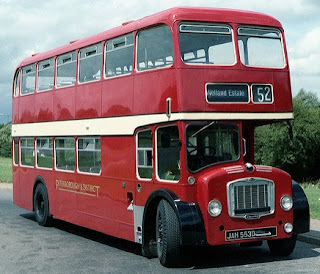 ... and the brighter red of Eastern Counties. 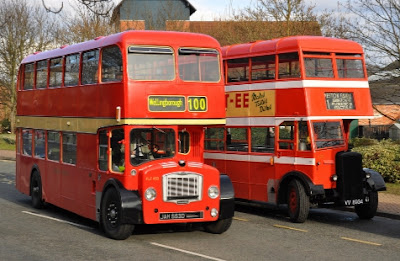 It's Pilkington's Ollie in Accrington, Stanley? 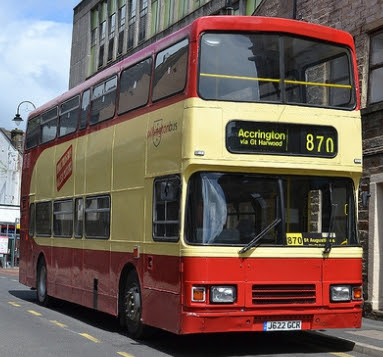 An appallingly contrived headline has nothing at all to do with these two! 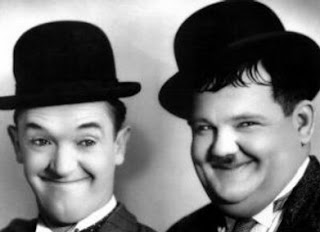 Accrington had been without a football team following the collapse of the original Accrington Stanley in 1966. The original team had been formed in 1891 and played in The Football League from 1921 to March 1962; it had spent its final four seasons in theLancashire Combination. The club was re-formed in 1970.

An "Ollie" is a Leyland Olympian.

Back in May this year there was "trouble at t'mill" in Accrington, a town in the North West of the UK ... 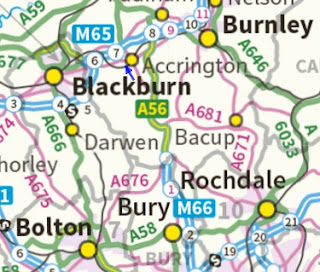 ... and it was due to open a new bus station. But with problems. 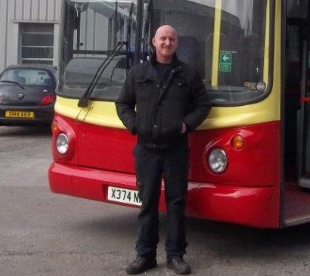 Alan Pilkington, owner of Pilkington Bus, said: “They are going to go from zero to £1.50. That would cost me an extra £50,000 a year and that’s for services that don’t even make much money. “We either have to change services or not go into that bus station. I can’t use it if it’s going to put my company at risk.” 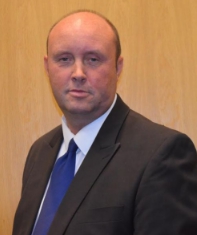 He said: “The council started building the bus station without asking operators if they would definitely sign up to the charges. Now we are facing a situation that when the bus station opens in May there’ll be no buses to go in it - it is a circus.”

The other company interviewed was M & M 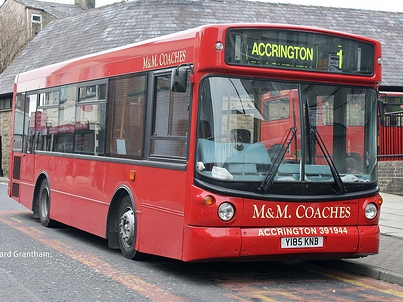 Bob Tuffnell, operations director of Accrington-based M and M Coaches, slammed the potential £1.50 charge. He said: “That’s totally ridiculous. For one of our buses to go from Accrington to Blackburn it will cost £3 in charges just for that one journey. That’s exorbitant. “We’d have to put prices and fares up to cover it. In fact we’re looking into not going into that bus station if they charge that much.”

M and M Coaches say they are preparing to bypass the station and use passenger stops instead.

fbb does not know what happened. The £1.50 change was "suggested" by Lancashire County Council being needed to make the bus station self financing.

But Pilkingtons still use the bus station ...

But what has prompted this retrospective news item. Sheffield correspondent Roy send a picture of and M & M bus taken earlier in the year. 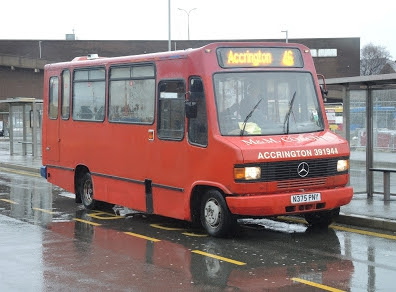 His note included the report that M & M were due to go out of business in the next few days.

There is nothing about this on-line, so perhaps reliable Roy is wrong? Maybe someone "out there" will help fbb out?

The old bus station did look rather tired ... 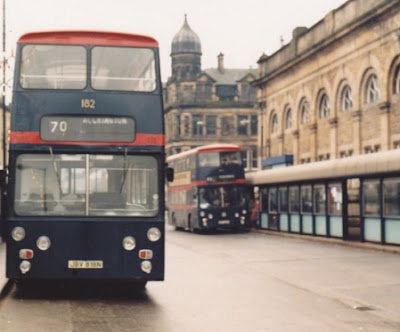 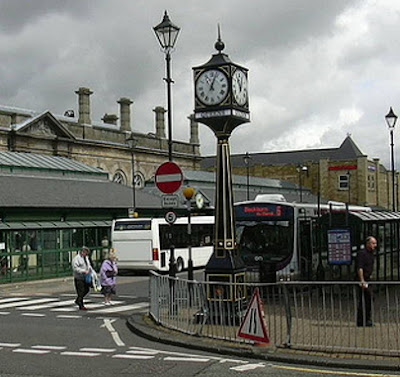 The new facility looks sweet - but smaller (there's a surprise!). 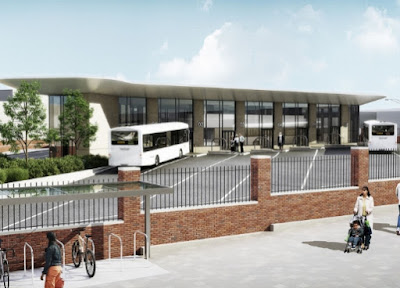 Has this building and its increased charges been the straw that breaks the M & M camel's back?

Duplicity in Durham
Mrs fbb returned happy but weary from her coach holiday to County Durham. Regular blog readers will have read "Dropped at Durham" (read again) coverin the failure of the Cathedral minibus because of roadworks.

The sign at the cathedral was (a) wrong as buses ran earlier in the day and restarted later; also it was (b) illiterate as it was wrongly spelled. 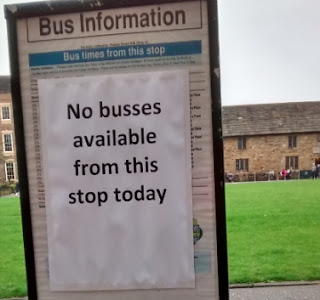 The other thing that the Mrs noticed, designed to be of real assistance to the visitor, is that on the bus departure lists the Coach Park was called ... 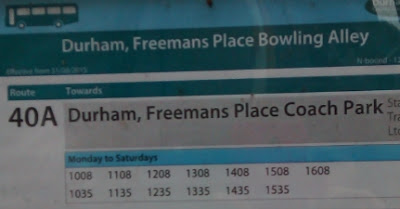 ... Freemans Place by Durham County Council. Their logo is just off the shot above.

But when you went to find the coach park, there was no such place. Fortunately there was another (?) coach park in a similar position for which a helpful sign had been installed. 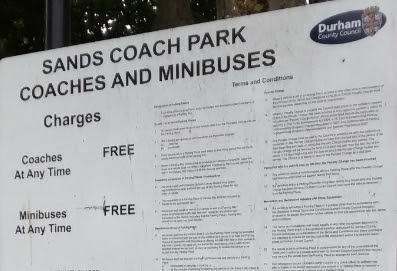 Sands Coach Park is named and labelled by ...