Bemused by Bolehill : Confused by Cobnar 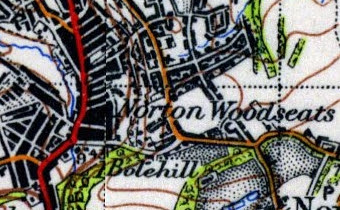 There were three communities that historically bore the name Woodseats. The largest of the three was Norton Woodseats which sat on the old Sheffield to Chesterfield turnpike, now named Derbyshire Lane. Plain Woodseat was a cluster of cottages at the junction of red and brown roads top left. Botom left was "Higher Woodseats", again at the junction of brown (Abbey Lane) and red (Chesterfield Road). 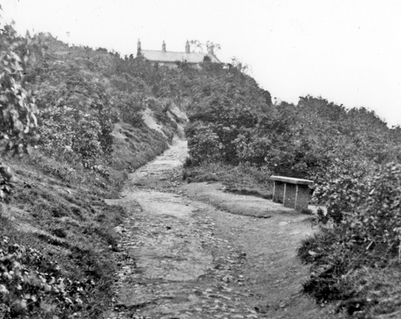 This was developed and renamed as Cobnar Road. Houses were built at the Woodseats end as Chesterfield Road developed pre- and post- World War 1. 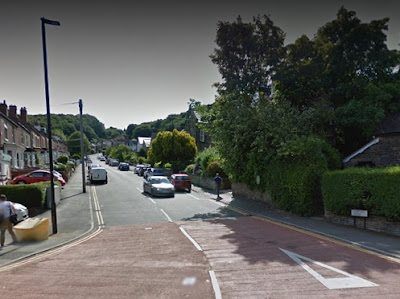 Housing was also spreading at the top of the hill (Norton Woodseats) ... 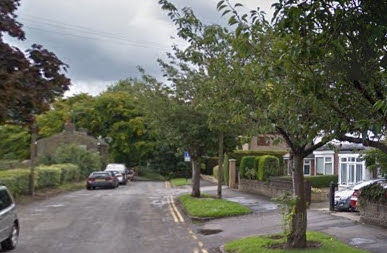 ... although the ancient village name slowly disappeared from use. 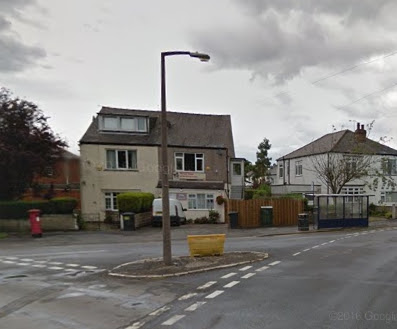 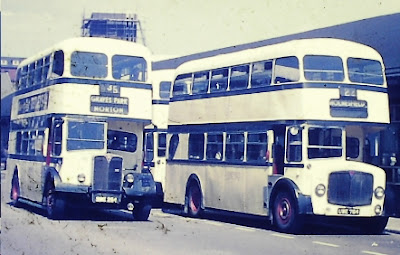 Now the stop and that part of Derbyshire Lane has one service 18 every hour! 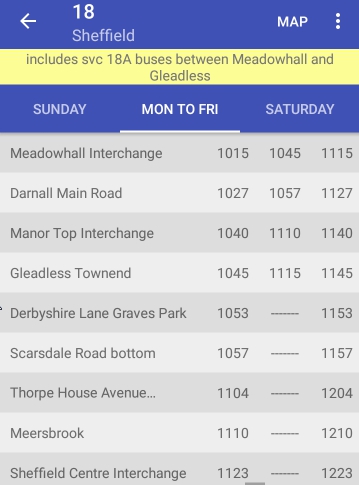 Although Cobnar Road is shown as a through road on older maps (see map extract above), this is not quite the truth, the whole truth and nothing but the truth.

Drive (in your Streetview virtual limo) up the hill from Chesterfield Road and you arrive here ... 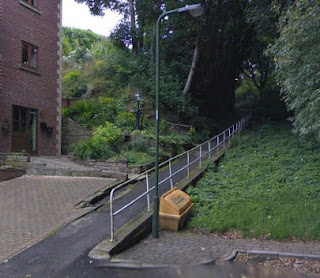 ... a steep footpath with a Sheffield Corporation railing to help the ascent. Once upon a time the greenery on the right of the railing was passable in a motor vehicle - just! 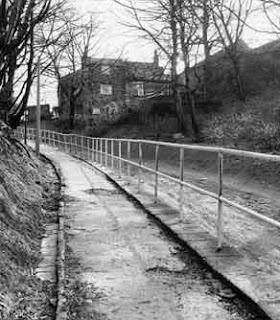 Entry from to top end is now almost a secret ... 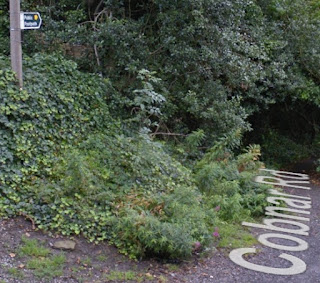 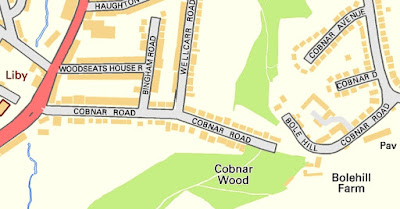 But, faced with the loss of your historic service of nine buses an hour at the top, you could, if you were a fell runner, jog down the hill and use the bus stop at the bottom of Cobnar Road ... 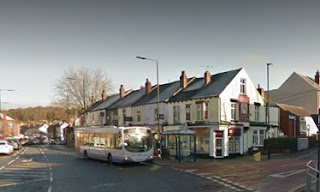 ... where you have five 75s to Meadowhead and Jordanthorpe, five 76s to Greenhill and Low Edges, ten 24/5s to Meadowhead and Lowedges and four 43/44s to Chesterfield passing by each hour. From the no-longer-extant Library opposite Cobnar Road you have a bus a little over every two minutes into the City. To this must be added two buses an hour to/from Chesterfield and Matlock numbered X17.

As we might expect, buses that are timed at the Library inbound should have a time point "opp" Woodseats Library outbound.

But that would be silly, wouldn't it. Here is a selection of outbound time points and stop names, the latter are not all situated at or near Cobnar Road.

Once again we can enter the debate about user-friendly stop names. As a visitor to an unfamiliar town, fbb likes to have names such that, if he boards at e.g. Woodseats non-Library, he can ask for, and alight at Woodseats non-Library on the return journey. Being University educated and only slowly descending into dotage, fbb is clever enough to know that his return stop is likely to be on the opposite side of the road.

Neither does he need to carry his Silva compass to check which way the bus is facing as favoured by some Traveline locations!

GoTimetable Sheffield, faced with the temporary (?) loss of the Library, has compromised. Both stops are given the same name which covers most eventualities. The full name in the timetables and search results is:- 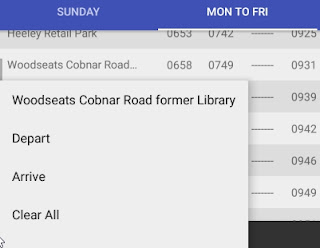 The map simplifies the location. 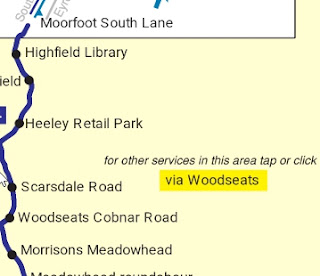 Opinions will be divided on the GTT solution and the team is always happy to receive comment from real users of these stops and their associated services.

But if you do happen upon the bus stop at the bottom of Cobnar Road, fbb would not recomment relying on the Travel South Yorkshire information posted thereat. (some of this pictures may need enlarging; just click on the pic)

... but with the implication that both vary between Lowedges and Bradway. In fact they all go to Lowedges but via different roads then, complicatedly, some of each continue to Bradway. The heading is, simply, WRONG.

Generally the Monday to Friday daytime frequency is every six minutes not "every 4-10.

The "y" and "z" notes tell you who opeartes the bus but not where it goes!

Then there are four routes to Chesterfield ... 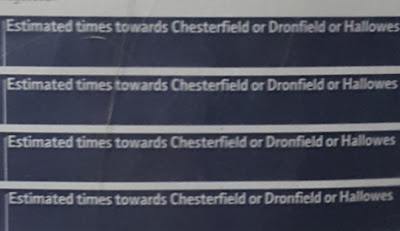 ... all apparently EXACTLY the same.This heading is completely and utterly WRONG,

This notes against the times tell you which route number each bus shows ... 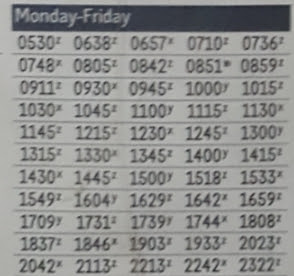 ... but give not the slightest indication of which roads the bus follows. The routes are VERY different, even locally in Sheffield. 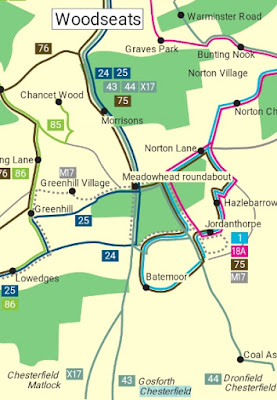 Thanks a bunch Travel South Yorkshire - your incompetence is, in a word ...

And for an even dafter piece of useless information here is the 18A.

It says "Monday to Friday see notes" and the "note" reads:-

Important note regarding Monday to Friday Departures.
Operates a revised timetable during school holidays.
For more information call Traveline on 01709 515151

How about saying "Schooldays Only"? This particular 18A runs from High Storrs School - on schooldays amazingly.


Next Slough blog : Thursday 22nd September
Posted by fatbusbloke at 02:00