Firstly, thanks to regular blog reader Man of Kent, the Leeds City Bus in field at les Attaques in northern France ... 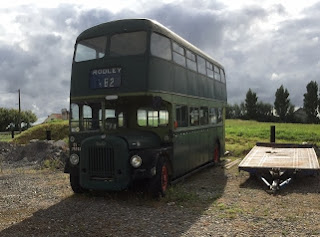 ... has been identified. It was Leeds City Transport registration number 7512 UA.

It was given to the Lille Tramway Museum in April 1977 when Lille was twinned with Leeds, with its side advertisement panel advertising the fact.

One must presume that the Museum no longer wanted this interloper into a fine collection of trams and buses from the French-speaking parts of soon-to-be distanced Europe ... 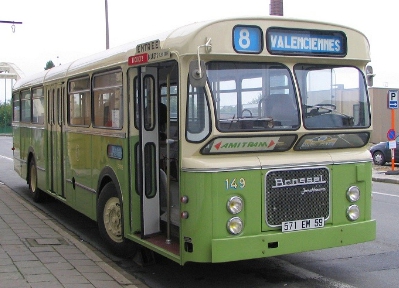 The advert is still on-line and is reproduced here in part.

THE BUS IS IN GENERAL GOOD CONDITION WITH ITS ORIGINAL GARDNER 6 CYLENDER ENGINE.

THIS 70 SEATER BUS IS FRENCH REGISTERED WITH FRENCH REG DOCUMENT AND FRENCH MOT 27/04/2017. 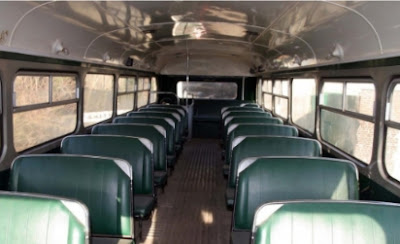 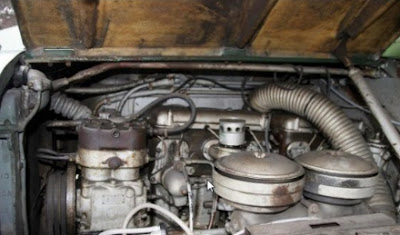 It was still standing in the yard as lorry driving Dave sped past on Sunday evening, 11th June, after filling up with fuel at the nearby Esso Station.

Which brings us to the second update point from this blog.

The closed garage pictured by fbb as one of the highlights of Les Attaques is not as it seems in the Streetview photo. 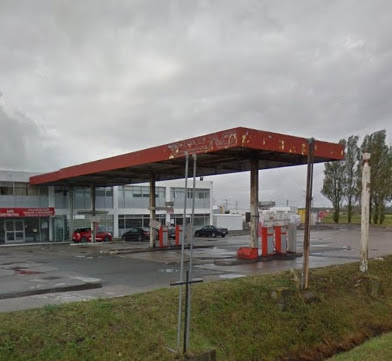 The reason for all this confusion is of interest to those who worship the interwebnet as a reliable source of current information. Checking on a French "where's my nearest filling station" web site, fbb found this:- 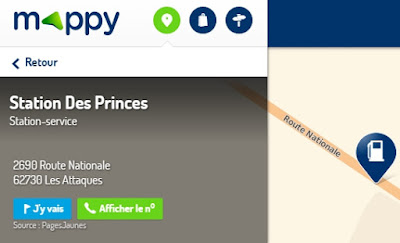 Which says it IS at Les Attaques!

The Streetview shot was a bit further down the road, nearer to Calais.

"Aha," says Dave (lorry driver) vehemently, "the place has been refurbished and re-opened and is now a smart Esso station. I should know, I buy my fuel there. It is called Esso Cologne."

"Cologne" refers to the locality, not a sweet scented fuel product. And the village is spelled CoUlogne.

"But nay, sir," ripostes fbb in full arrogant mode. I have visited the Esso official "find my nearest Esso site" site and Esso Coulogne is not on the D943 near the horsey place at Les Attaques (bottom right on map below) ... 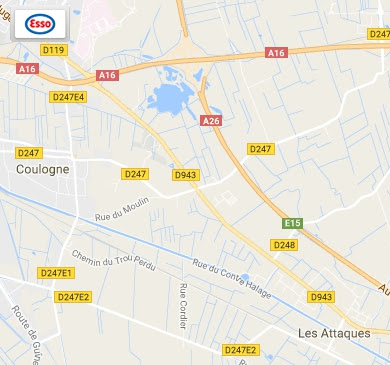 ... ot ISN'T at Les Attaques but IS at Coulogne.

"Oh, no, it isn't on the D119," vouchsafed Dave through gritted teeth, "I've just stopped at it and bought fuel and it is EXACTLY like your Streetview picture but Esso-ed and pretty. Anyway, I couldn't buy fuel from the Esso station on your map because I am not allowed down that road; weight restriction." 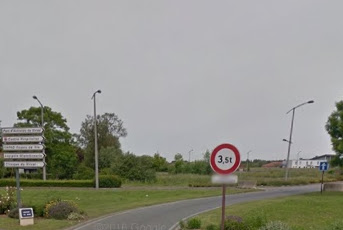 And there IS the weight restriction.

You may be wondering what is happening. David is driving his big lorry into France, has crossed by ferry from Dover and, late Sunday afternoon is setting off along the D943 and a donné in coup de telephone à son ami à Seaton.

It turns out that they were both right; and both wrong. The closed (but re-opened) filling station is not at Les Attaques but just over the boundary in Coulogne, the next "village" towards Calais. The boundary would appear to run down the middle of the road at this point!

It also turns out that the Esso web site has plonked the Esso logo in completely the wrong place. Such are the joys of the world wide web!

Coulogne is much more pleasant than the drive past on the D943 would suggest. 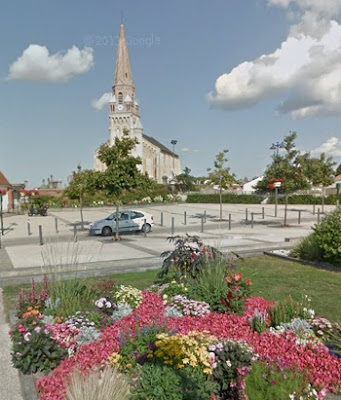 It has, for example, a pleasant town square dominated by a beautiful church. It also has a bus service to Calais numbered 7, with pleasant bus shelters, this one next to the Mairie. 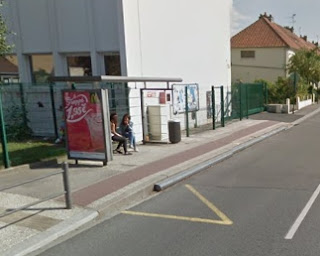 These pleasantries are not discernable from the "main" road.

Being French, route 7 runs at an incomprehensible frequency which, anywhere else, would be every 30 minutes.

But also, being French, the publicity is stylish and superb. (click on the map to enlarge) 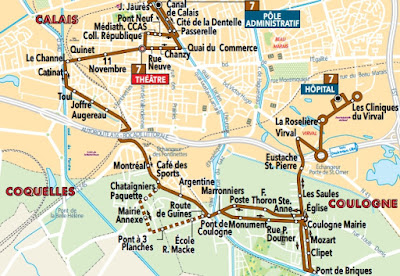 Coquelles (lower left) is, of course, the Calais terminal for the car-carrying shuttle via the Channel Tunnel. 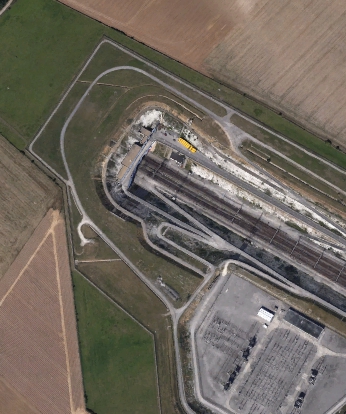 But Coulogne is much more agreeable than the disputed service station!

fbb needs to take a closer look at Calais' public transport; expect a couple of blogs in a day or so.


Next blupdates blog : Wednesday 14th September
Posted by fatbusbloke at 02:00