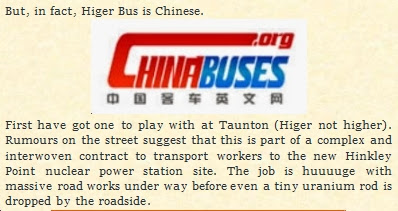 fbb reported some time ago about a Scania coach bodied by Chinese firm Higer that was being evaluated at Buses of Somerset/Taunton, an operation that is slowly reverting to its First Bus label. 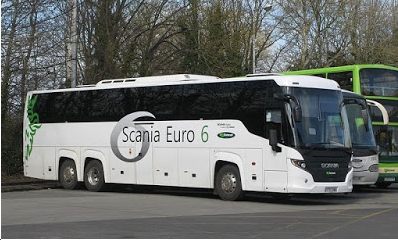 Then in April this year, local press was full of doom and gloom. 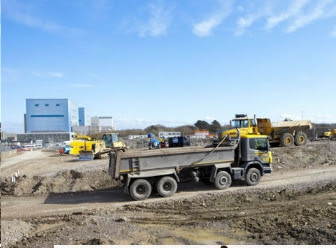 EDF was struggling with projects elsewhere and the Chinese bankroll had not yet been rolled out of the Chinese bank. Indeed this "signing off" of the mega deal is still "pendIng".

But in a recent press release, the rumours about First Bus have been confirmed; but with a twist. 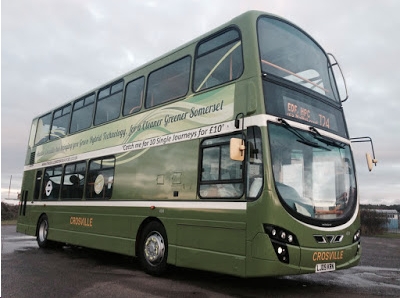 ... has been running staff buses for the extensive site preparation works for some time. 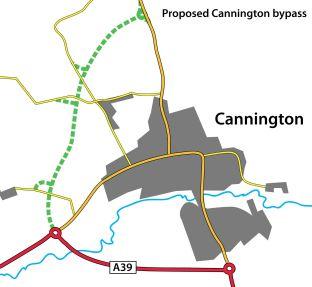 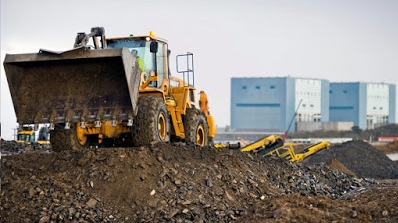 SPS revealed today some of its plans for bus services to the site. They will operate high frequency services to Hinkley Point from dedicated Park and Ride sites ...
... staff campus accommodation sites and from surrounding towns and villages for employees living across the area. The joint venture will also provide internal site shuttles and transport for visitors from airports, railway stations and hotels.

EDF Energy estimates around 5,600 staff to travel to and from the site every day. Somerset Passenger Solutions will require around 300 dedicated staff to manage the anticipated 10,000+ daily passenger journeys. First and Crosville also said they expect to operate up to 160 brand new, high spec, environmentally friendly buses. [This is big bus business and three quarters]

SPS will submit the finalised bid shortly. Work on the main contract will be subject to the signing of contracts and a final investment decision on the project by EDF Energy. 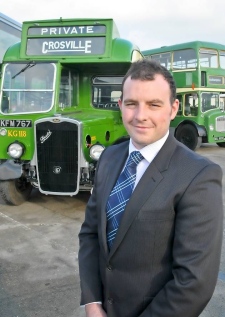 Jonathan Jones Pratt, Chairman of Crosville Motor Services, said: “I’m delighted that our partnership and the good work we’re doing in providing bus services to the site under the current interim contract, has been recognised.” 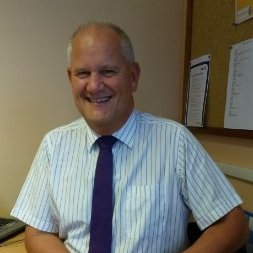 Alex Carter, Managing Director of First Bus in the South West, said: “I’m pleased that with our partners Crosville, we’ve achieved preferred bidder status. The contract will help secure jobs and is great news for our business and the wider community.” [and even greater news for company profits] 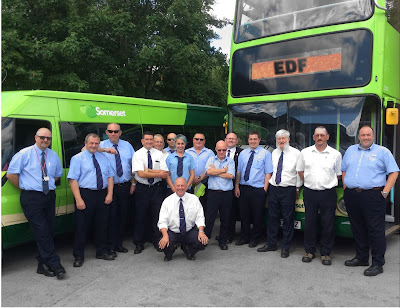 All First staff will be as smart and smiling as these?
A good bit of photo editing with the"EDF"? 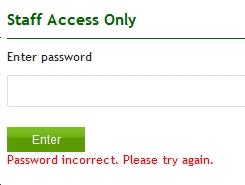 ... and were awarded interim contract status in 2014. Crosville invited First to form a joint venture in June 2014 in response to the release of the scope of the main contract. [i.e. they sensibly realised that the job was too big for them!]

All that is needed now is that container-load of Yuan!

And talking of Crosville, the company has recently bought ... 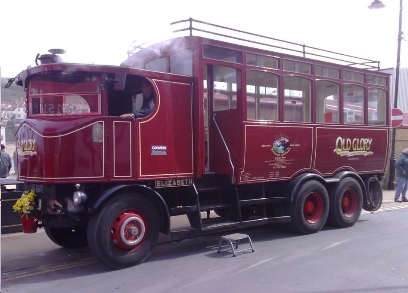 ... Elizabeth, the steam bus that once plied the streets of Whitby and was duly blogged by fbb way back in 2010. See "All Steamed up at Whitby" (read again).

So don't go to Whitby as extolled in he old blog - go to Weston super Mud instead and get 40 minutes of steam powered thrill.

You will enjoy a hot and steamy ride!


PLEASE NOTE
Tomorrow (Thursday 13th) is the funeral of fbb's middle son Neil. Out of respect for Neil, for family and friends, there will be no bus blog tomorrow, although the family's farewell will be simply blogged in lieu. Normal service will be resumed on Friday with "Curry and Nettles".