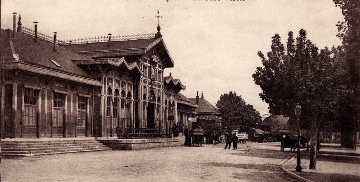 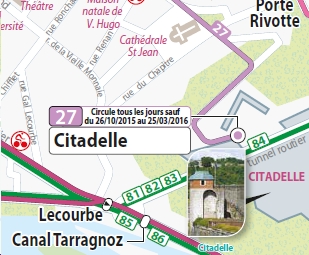 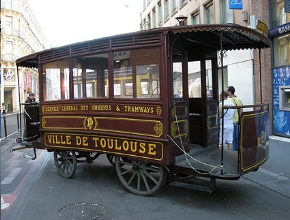 two platform "Car Rippert"
similar to those in Besançon

In 1896 (or 1897; time was less important then!), and after much debate, two entrepreneurs introduced an extended network powered by "l'électricité d'un nouveau genre". 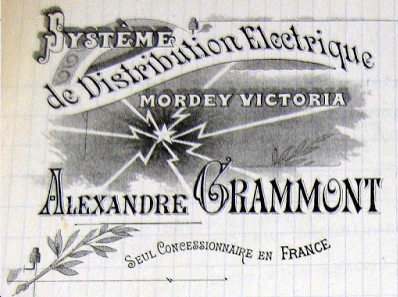 The network followed the narrow streets and was mostly single track (metre gauge) with passing places as here at junction of Grande Rue and Rue de la Préfecture. 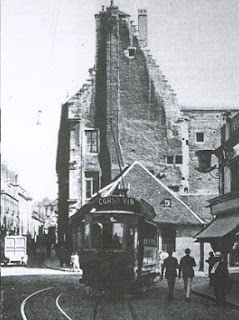 Some places have not changed much in over 100 years as here at the Hôtel de Ville on the Grande Rue. 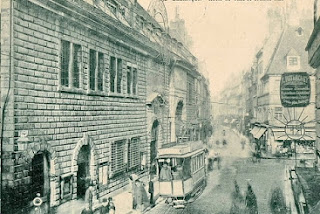 Road improvements and a bit of judicious demolition mean that today's buses approach from the right. 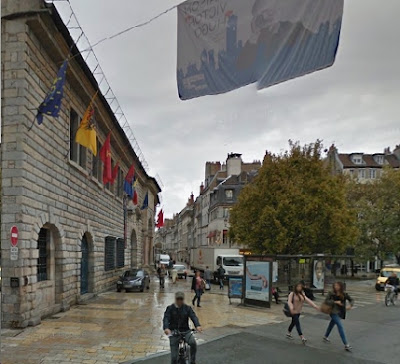 Another tram is seen on Avenue Carnot ... 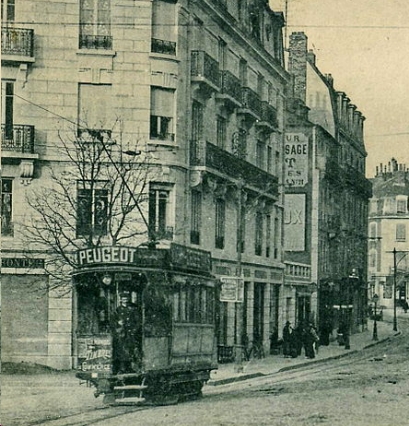 ... an area which is hard to recognise today. 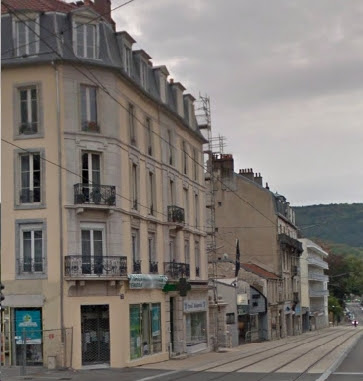 It is possible to pick out the tram routes through the centre in this map from 1904; 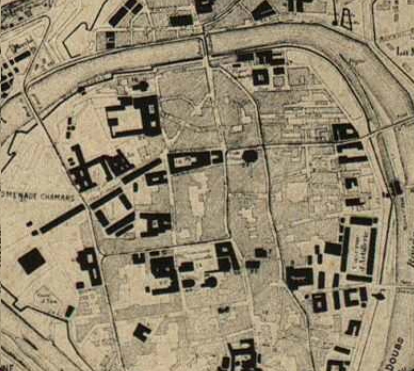 ... as black lines with incredibly tight corners along some of the streets.

The trams did not escape a few problems, but on-line sources do not explain how this one ended up in the river in 1899! 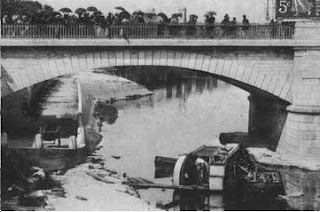 There were "rubber-neckers" even then!

World War 2 air raids caused significant damage to the town and network such that post-war pictures are rare. 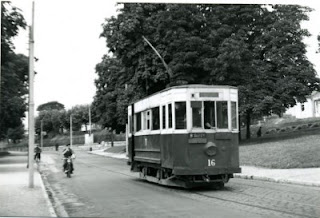 As the town centre was rebuilt and the suburbs extended, it was obvious that the little "inner city" network could never be repaired and be viable so the operation ended in 1952. Buses replaces trams en bloc.

No-one seems to have bothered to photograph the buses; this Saviem (?) dates from 20 years after the conversion! 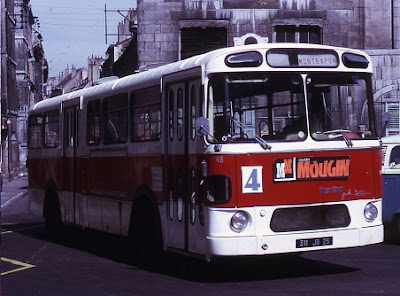 Maybe someone "out there" will send a piccy or two to fbb?

But before we move on to the present day service and the new tramway, we need to take a look at a little known piece of transport infrastructure dating from 1913.

Next Besançon blog : Thursday 27th August
Posted by fatbusbloke at 02:00