A Struggle to Make Money 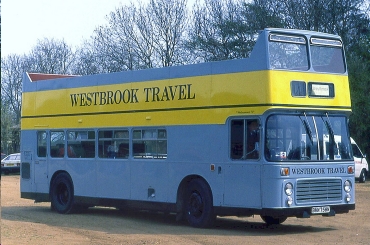 When fbb ran open top buses on the Isle of Wight, his worst day's takings totalled 20p for three round trips over the downs. The weather was cold, the service was properly registered with the Traffic Commissioners and had to operate. The second worst day was when the engine of the above steed partially seized and the repair cost £2,500. Hyper ouch!

What looks a good idea on paper and through those rose tinted spectacles of idealism and enthusiasm can so easily become a great lump of rock thrown to the drowning owner.

Mr Mule wears his heart on his sleeve in this message on his Facebook page. 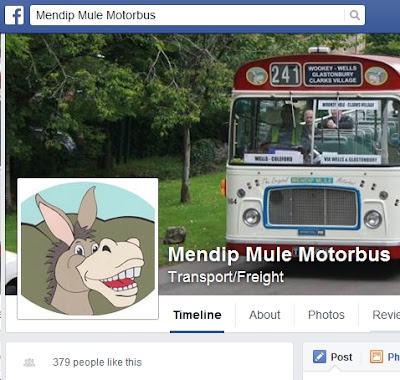 I never expected an instant hit with this project, but I am a little concerned that numbers seem to be fading, as the weather improves, rather than increasing. There appears lots of interest, lots of talk, lots of photos being taken, but precious few 'bums on seats'. I don't want to horrify you, but (excluding the first free day) there has only been one day that has exceeded 10 passengers (that is daily total, not per trip).

Similarly it was only that one day (Sat 25/7) that covered the basic fuel costs. No day has come anywhere close to paying me any form of salary, let alone a contribution to the huge insurance costs, or maintenance, or my investment or opening capital. This is despite having £1,700 worth of publicity produced, much of it spread around the surviving TICs, plus very obvious pavement boards at the main stops.


So fbb went to have have a look at the "Seaton Circular" on Monday 3rd August. 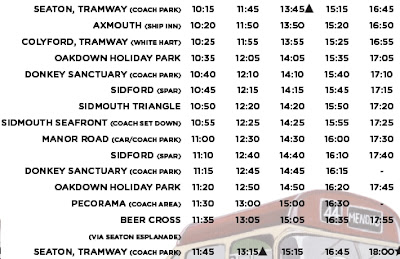 ... temporary while the prestigious "Seaton Jurassic" is built. This huge and expensive white elephant enterprise will have a shop and a cafe (Seaton really needs those) and, we are assured, some sort of Dinosaur exhibition. The new TiC will be contained therein and will be significantly smaller than the old TiC ... 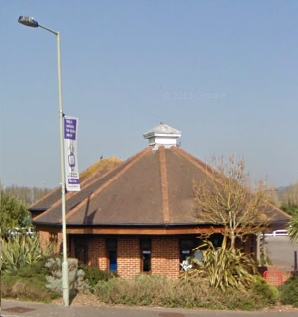 ... indeed, rumour has it that the new TiC will be much smaller even than the current temporary hut! If so, it shows a really well thought-out plan to inform and attract visitors. Well done all of you!


But there were plenty of leaflets for the Mule in the portakabin and a helpful young lass was more than anxious to ensure that fbb had eveything he needed. 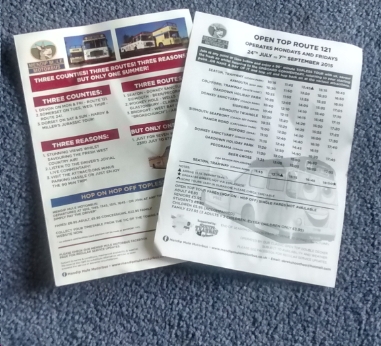 There were general leaflets in glorious technicolor and a Seaton and Sidmouth specific timetable.

Just after 1000, chief driver Derek arrived with his clean and shiny VR. 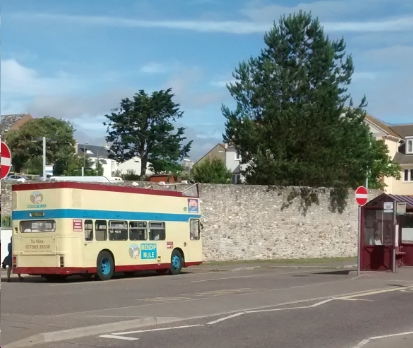 And there was a small clutch of passengers waiting. Derek was ebullient and seemed happier than his facebook post; 13 passengers boarded. fbb also took a look at the 1145 departure as it passed near fbb towers, 10 minutes late. 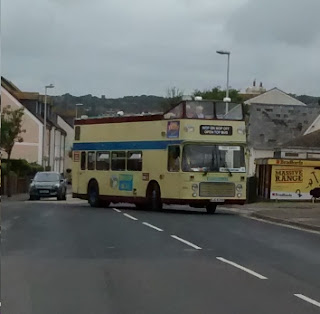 It was all happening at Trevelyan Road. After the mule passed by, Stagecoach's 52A turned left for Exeter ... 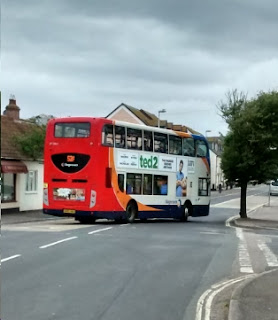 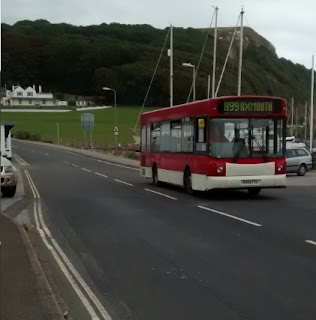 Ironically all buses carried passengers in single figures; likewise the 1345 ... 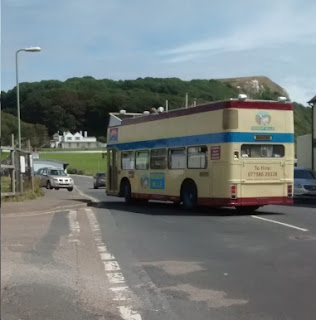 ... and the 1515! Whether these loadings were enough to bring an even greater smile to boss Derek's usual sunny disposition, fbb cannot say.

But his latest facebook page was a more cheerful place.

What a difference a day makes? Very odd after my "Doom Saturday", but I am pleased to report that today was by far the busiest day so far. A totally different feel. People hopping on and hopping off all day. Some 60% up in pax carried and revenue on the previous best day. We even hit the daily budgetary target! Could do with being twice as much, but heyho, quite encouraging. Plus everybody seemed to love it (even the commentary?).

Sadly a word from the wise (fbb, wise?); the switchback ride that Derek describes is the most endearing feature of open top bus operation. There is no recognisable pattern! But if your bank balance is enough to hang on in there, the second year will be better. fbb's best day had a take of £550 with a two-bus service. If every day was like that, fbb could have bought Southern Vectis!

But, as they say in the quiz programmes, what is even more exciting is that the real live Mule will be operating the tour  TOMORROW . Converted from a Vectis Bristol RE ... 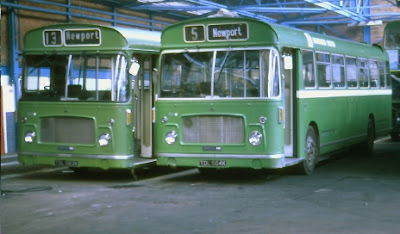 ... fbb has spent many a happy hour riding this beauty back on the IoW.

So expect a full round trip report over the weekend -  WEATHER PERMITTING . See you at 1015 on Friday, Derek. 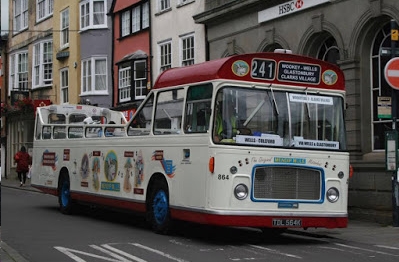 If you are in the area (there are three to choose from; see yesterday's blog here) have a splendid ride with the Mule or "its big sister".  STRONGLY RECOMMENDED.

You can only marvel at the stunning journalism that reveals the whole truth and nothing but the truth from this community-shattering story.