fbb and a Topless Party [2]

The Topless Tour Trundles On ... 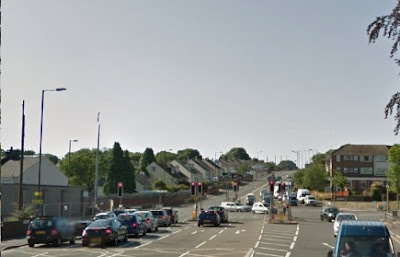 A strange choice, thought fbb, as the Fearnley Family Fun-bus chugged along the A380 Paignton by pass; why not return to Torquay via the sea front as per outward route. O ye of little faith! Our experienced driver, actually Stagecoach Devon's marketing manager, doubtless remembered when the Company ran an open top service 200 ... 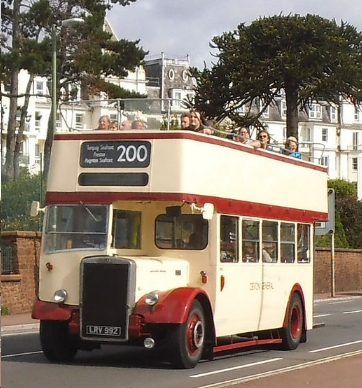 ... via Preston. Lest you might think that fbb's (or Stagecoach's) sanity has evaporated yet again, this is NOT Preston, Lancashire, but a quiet embungalowed suburb of Paignton. But it does have views from high above the town out over Torbay. Route 200 last ran that way in 2005.

Views don't photograph well but, be assured, they were wonderful in the setting sun. 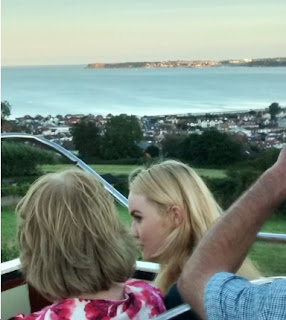 Nice elbow! Our driver stopped to allow the multitude to charge up their smart phones (and a few dull ones as well) to record the beauty, much to the amusement of a family enjoying a pleasant evening barbecue. 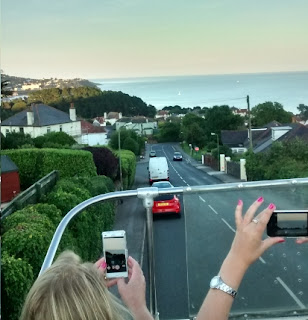 The return route was back along the sea front passing the flesh-pots of Torquay ... 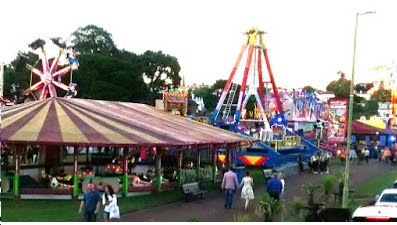 ... with fbb busting to go on the twiddly thing - NOT. 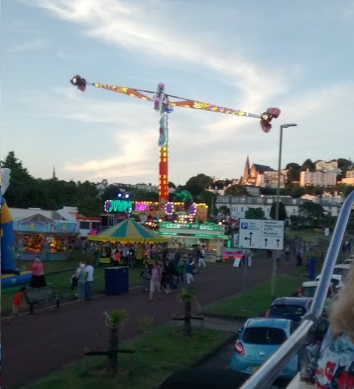 Enforced tree-avoiding transfer to the lower deck was opposite St Matthias Church ... 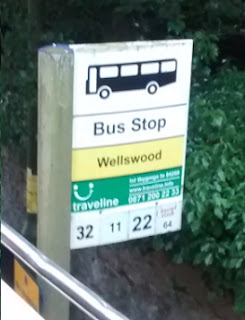 ... the location for Sunday's Christening; but that last couple of minutes were a further delight travelling downstairs with lighting from real bulbs! 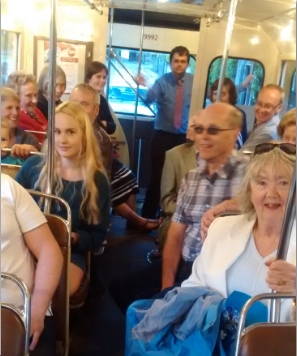 There remained time for the few more photos as both family and the gloom gathered, hugging close to the radiator for warmth ... 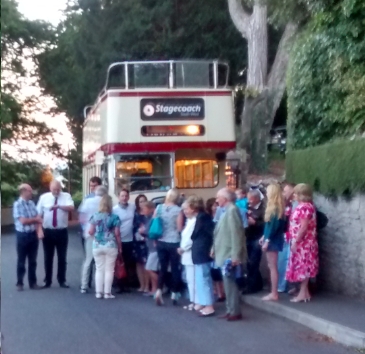 ... a pleasant and atmospheric finale to a splendid "do". Thanks to all concerned for the invite.

And the bus itself? It was from the Portsmouth Corporation fleet ... 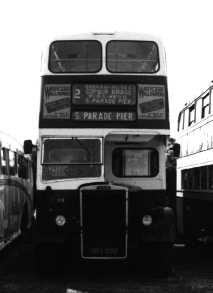 ... and never, historically, did it ply the palm-tree pulchritude of the promenade at Torquay! It, and a chum from the 1956 intake, were converted to open-top to replace a brace of Leyland TD4s ... 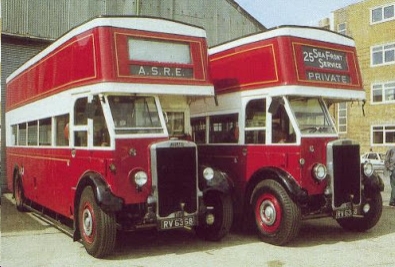 ... for the seafront service 25. Note the winders for the clockwork!

LRV 992 has appeared in a multitude of guises and labels.

... but, to simplify history, was rescued from a graceful retirement to earn poor penniless Stagecoach an extra summer crust at Torquay.

In previous seasons the bus appeared, often unannounced, on normal service 22 trips; but this year it has a published open top tour schedule (and price!). This information was emblazoned across the Stagecoach Devon web site until cruelly ousted by details of the new Plymouth network.

So neither fbb (nor any other on-line enquirer) knows it is in use! Good publicity confounded by the internet - AGAIN! Traveline to he rescue; the service is also numbered 200 but simply runs from Paignton to Torquay and back, but via Paignton sea front, seven days a week throughout he peak summer. 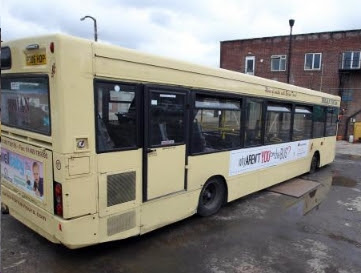 The family-run Brijan Tours, which has running bus and coach services for 25 years, has ceased trading in a move that has shocked the county’s business leaders. Brijan had announced it was ditching the routes to focus on its coach services. It added that several drivers would transfer to Xelabus while remaining employees would be retained to operate the coaches.

Saturday 15th August
“Xelabus will operate the routes 7, 8, 15 17 and passengers will not see any difference in their service,” said Mr Blair.