or a Load of Gas?

Just occasionally, in the shady world of blogging, an invitation pings into fbb's in-box that is, to say the least, so important that it cannot be ignored.


You are invited to attend a photocall with Andrew Jones MP, Minister for Buses, Department of Transport ... 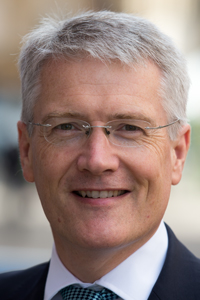 ... who will be taking his seat on board First's Bio-bus, the UK's first human "poo bus" to be used regularly in service. 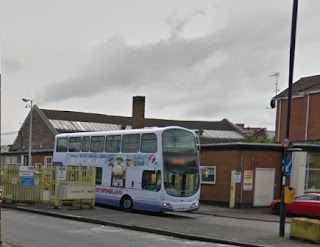 Mr Freeman extolled the benefits of this new fuel for First's regular passengers explaining that the vehicle had been fart-tracked into service. "The designers will be flushed with success," he added. "The Minister has graciously abandoned his Westminster life of crapulence (look it up!) to join the passengers illustrated on the side of the vehicle." 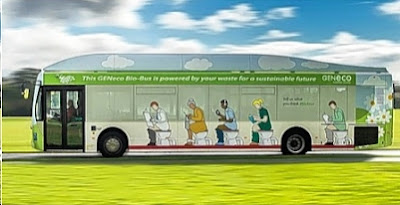 In fact the "poo" bus is old news; having appeared back in the autumn of 2014. It is also a rather "ordinary" gas-powered bus.

In short, the poo bus as it’s being called, uses poo and food waste generated by 32,000 local households. Microorganisms break down the waste that’s gathered, which then produces biomethane which is then used to fuel the vehicle. In the end, the poo bus produces less emissions than traditional diesel-powered buses.

The bus has to travel light all the way to Avonmouth where fill-up is compooter controlled. All this is explained on this PouTube video.
"In fact a bus running on human poo generated gas is an environmental trump card," Said W C Spender-Penny, engineer in charge of this project. "The vehicle is well designed at the front, but has a rather dire rear to allow for additional fuel lines from the gas tank on the roof."

Sadly, due to fbb's recent personal anguish he was unable to accept the invitation but First Bus press releases have enabled him to get to the bottom of the story.

And one final question. Will the bus be used on the Number Twos? 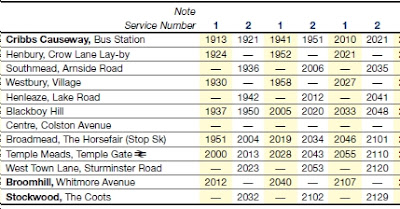 There are proper Stagecoach timetable pages plus maps for the Tavistock service (X1 and 1) ... 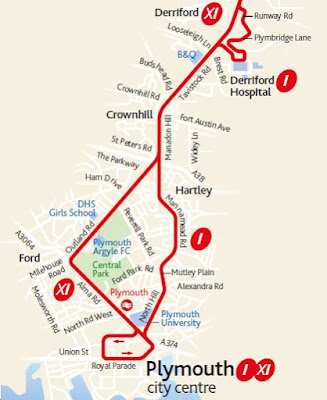 ... and the former First 93 (to become 3) to Dartmouth, which hasn't changed. The full list confirms that Stagecoach will not be running to Callington (First 76) or Torpoint (First 81) but will be taking on the tendered 48 to Wembury but with no link to a timetable. ... but operated by the existing First prettily pink "Park and Ride" fleet. 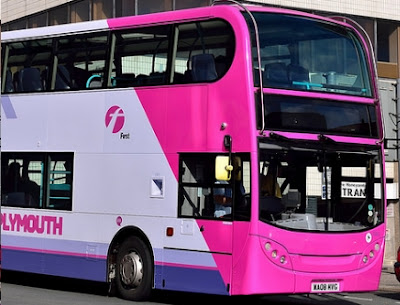 The challenge, at the moment, is to find out what the 101 (peak flow Park and Rides for Derriford Hospital) timetable might be.

Never mind. When the exciting new web site eventually appears (2016?), it may all be better.

Whilst enjoying new web sites (NOT), it is worth noting that First's exciting offering has been offering not a lot for a few days.

Perhaps they haven't paid the bill. fbb still waits, like Billy Bunter for his postal order, for payment of an invoice rendered in November 2014. No hurry chaps!

First's had re-appeared by lunchtime yesterday. Somebody found a shilling for the meter. 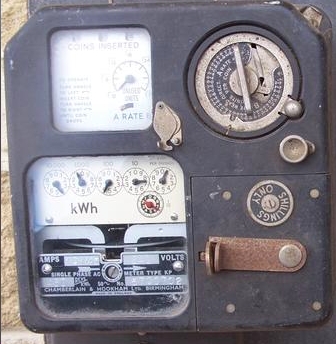 Next bus blog : Saturday 7th August
Posted by fatbusbloke at 02:00